Traditions are important and when it comes to Tron (TRX) Blockchain, we have to announce the announcement of an upcoming announcement but this time, the clock is ticking! Only 3 days left to claim your unique Aftermath Islands!

Aftermath Islands is a new hot Blockchain game scheduled for early in 2019 where players can own land, build, trade resources and become mighty pirates.

Island owners can decide what to do with their islands through a plethora of options, the concept reminds me a lot of Tropico game and if my assumption is correct, Aftermath Islands is going to be a killer game!

Players can choose between professions, hobbies and specialize in a survival skill, those three abilities will help you profit in the game alongside with trading resources.

As always, being an early adopter comes with great benefits, in Aftermath Islands, some of the players will own land and some others… islands!

In case you want to jump-start and advance further in the game, you will need some TRX or ETH and 3 more minutes of reading. 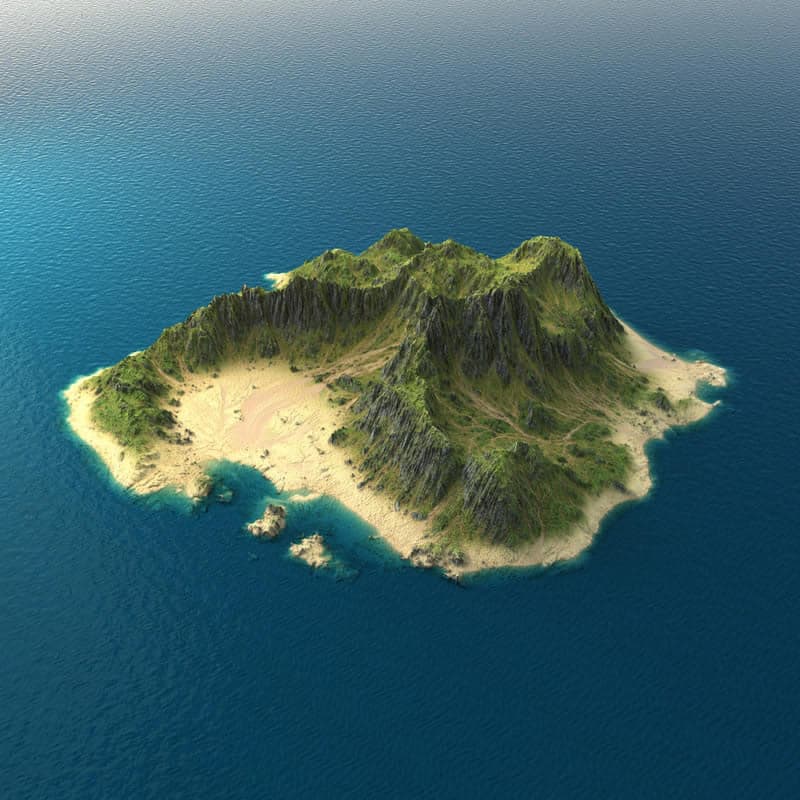 There will only be 1500 Oasis Islands available as Tron20 assets. The particular islands are the most efficient in the whole game with all the necessary natural resources, 10,000 blocks of land and 1,000 maximum population during the survival era.

The price of Oasis Island is 30,000 TRX which is approximately 750$ at the moment of writing this article. This particular island is the most expensive and valuable asset in Aftermath Islands.

The particular island will have all resources except two random resources which can be obtained through trading with other players in the marketplace. Only 3,500 Islands of this type will be ever available and in order to purchase it, the price is 15,000 TRX.

Each Refuge Island has 5,000 blocks with a 500 people maximum population during the early stages of the game.

With a maximum of 5,000 Mini Islands, this value for money option provides a head start in Aftermath Islands with two natural resources wood and a random one. As expected, players have to trade in order to gain other resources.

Each Mini Island contains 2500 blocks per island with a maximum population of 250 citizens during the early stages of the game. Get yours for 7,500 TRX.

Aftermath Islands utilizes Tron Blockchain Platform, one of the fastest and promising Blockchains available as of today.

Tron is a “blockchain based entertainment system” that is full of original content. Based in Singapore, TRON is a decentralized digital content sharing platform aiming to disrupt the trillion-dollar entertainment industry.

Aftermath Islands will be available in February 2019, the developers are ahead of the roadmap which translates into a small chance to play the game earlier, or enjoy a more completed first version of the game.

Find out more information and join the Aftermath Islands Pre-sale while it lasts.

Aftermath Islands is under development by Crypto Games Europe.

Friendly Reminder: Do not spend more than you can afford to lose, do not send TRX/ETH directly from exchanges.

Is This The World’s First Universal Crafting System?