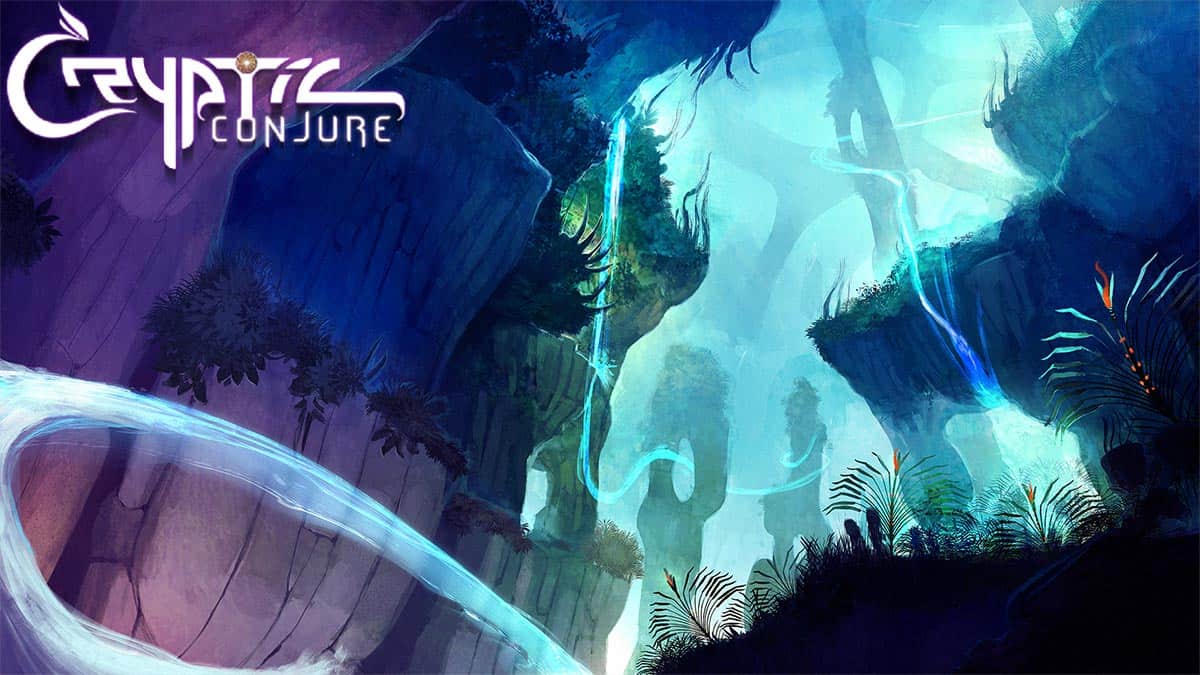 Cryptic Conjure, the unique 3D RPG Blockchain Game with a never seen before skills mechanism will conduct their pre-sale on August 2, Registration is open and you can pre-sign up and receive free recruitments items.

During the pre-sale, there will be available a number of powerful equipment and artifacts. If you are looking to get a head start in Cryptic Conjure, you should consider joining the pre-sale.

After the pre-sale period, there will be a single player demo so you can try the game. It would be an early version of the game, just for demonstration purposes so we can have an in-depth look at the game itself and it’s mechanisms.

With an official Medium Blog post, Cryptic Conjure stated that there won’t be any spells for sale during this period, the players should be able to understand in depth how spells work before they purchase any. Also, this decision will maintain the fairness of the game.

We’ll be building an early alpha version of the game within several months so players can interact with the community, craft spells, activate artifacts, and engage with the marketplace before the first beta release comes later down the line. – Jason Wishnov CEO

There will be artifacts for sale of all eight elements. If you want to specialize in one or two particular elements, we highly recommend you purchase an artifact of those elements. Artifacts give extra bonus power to spells crafted by their owners.

Artifacts drive in a way the in-game economy, an artifact once used will activate a runic altar for two weeks. Once active, players can use your runic altar to craft spells by paying you a fee in ETH.

Crysta is a base ingredient needed in every spell. This is the second of two ways to boost a spell’s power upon creation (the first being artifact bonuses): rarer forms of Crysta mean an automatic boost in power.

Crysta can be obtained in game, they come with a drop rate of 1 in 10 kills for the red one and it goes up to 1 in 1,000,000 for the Violet Crysta and yes, you got that right, you can kill a million players or buy it from now.

Crysta is going to be the most treaded item in the game since they are necessary ingredients in spell crafting.

Worth mentioning, Crysta are ERC-712 objects.

Although in Cryptic Conjure Spells do most of the work, a weapon and an armor will help you initially specialize in a variety of ways, whether via a specific element or playstyle and will never be craftable or obtainable once the pre-sale ends. They will be forever unique.

There is no additional information yet released.

Let’s say you are a busy man and you don’t have the time to gather all the necessary ingredients to craft your own OP Spells. No worries, Spell Vouchers will guarantee a 100% success rate with one click.

Use Spell Vouchers to crafty any of the known Spells and save time and money.

Maintaining powerful lower-capped spells is important to retaining access to rare spellcrafting components only dropped in those lower-level areas, so a Level 5 or Level 10 spell won’t necessarily see its utility slip even as you eclipse those levels in power.

The Council of Nine

I saved this one for last, probably it’s most powerful “item” you can purchase in the pre-sale of Cryptic Conjure.

Have you always wanted to be a successful politician but you lack of voters and a plan? No problem, you can become a council member in Cryptic Conjure.

Four Members will have the opportunity to sit at the council table for life. They will have an influence on in-game aspects and exclusive access to the permanent-use artifact.

These four players will be special, and alongside the democratically elected members of the Council, will have political power over the entire game world.

You can always sell your seat later.

It’s also important to note that the development of Cryptic Conjure is tied to a soft cap in our smart contract. Should we not reach our goal, and the game doesn’t make it through to full development, you can be absolutely sure that your ETH will be refunded in full. You‘ll be able to take a look at the smart contract yourself, when the pre-sale goes live.

Registration is open and you can pre-sign up and receive free recruitments items.

We shall meet again in the land of Kyra.

George Tsagkarakishttps://egamers.io
Previous articleInside War Riders: An Interview With Vlad Kartashov
Next articleHash Rush Alpha is Live & We Are In

AlterVerse: Disruption is now on STEAM™