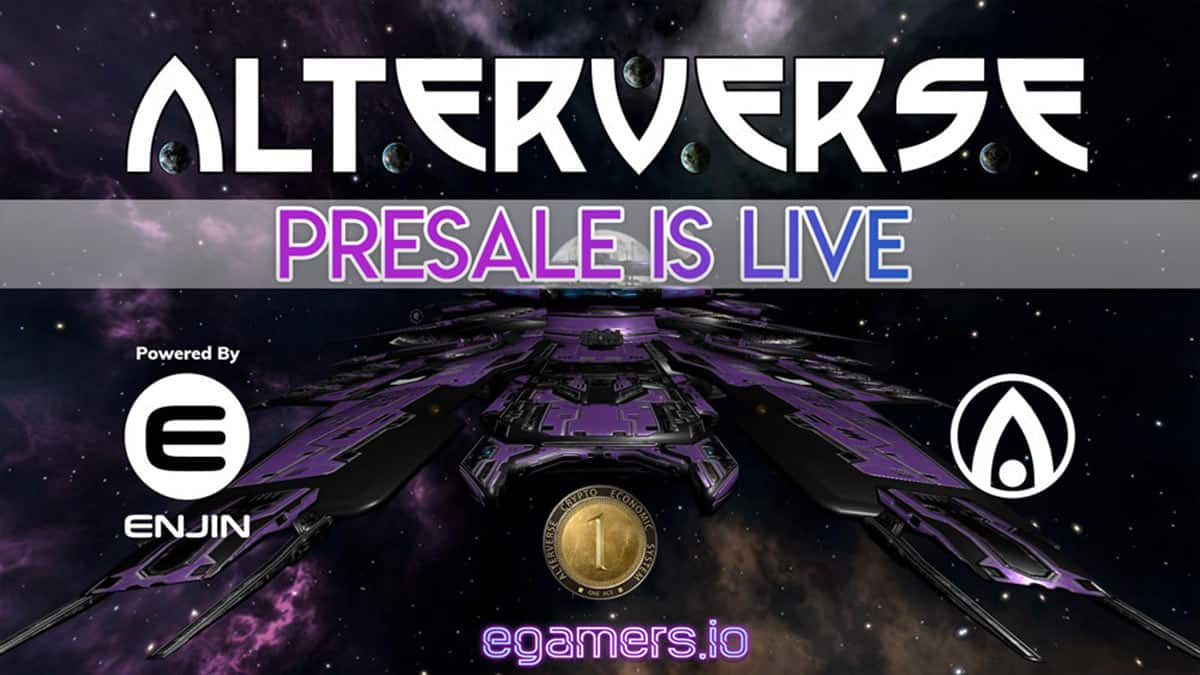 is a gaming and world-building platform that enables users to create, play, and monetize an infinite number of interconnected digital experiences. Alterverse is utilizing Enjin’s technology to integrate ERC-1155 blockchain assets across 17 gaming worlds.

The first presale round begins today and potential backers can bid on 6 XR75 Mavericks and 32 Magellan Crew Rooms.

Read more about the Alterverse, 17 Games to be released!

The next round will be held on Saturday, 16 of February with Elite Lifetime Citizenships and private servers/ships for sale with a bonus for the first buyers.

The first release from Alterverse will be Disruption, a space-themed First Person RPG game through steam, the gaming community with over 125 million users. The release date of Disruption is somewhere within Q1 of 2019.

For anyone interested in joining the presale, 17 different cryptocurrencies will be accepted including ENJ, ETH, BTC and others.

Stage One – The FIRST EVER Multiverse Auction!

Starting today at 4 PM GMT (10 AM CST) and for one week, potential buyers will be able to bid on the following Legendary ERC-1155 Tokens

32 Magellan Crew Rooms. The Magellan was the first ship to enter the AlterVerse. Own a piece of History! Only 32 exist!

For those who are not interested in those NFT’s, the second round offers some interesting items.

On Saturday, February 16th – at approximately 12 PM CST – 6 PM GMT the second round of the Alterverse Presale will begin and players will have the chance to get the following items.

Citizenships are going to available for the price of $30 each with a total supply of 2000.

The second item available in the Alterverse Presale is the Limited Edition Disruption Servers.

For 100$ in this sale only, 200 Disruption servers are going to be available and the first 100 buyers will get 6 XR75 Green Hornets for free.

Disrupter Ships/Servers will be sold for $100 in this sale only! Only 200 Disruption Servers will be released at this time. Only 2000 total will ever be minted!

All items sold in this presale will be delivered after the Sale ends.

Most items with the exception of Aces can be traded immediately.