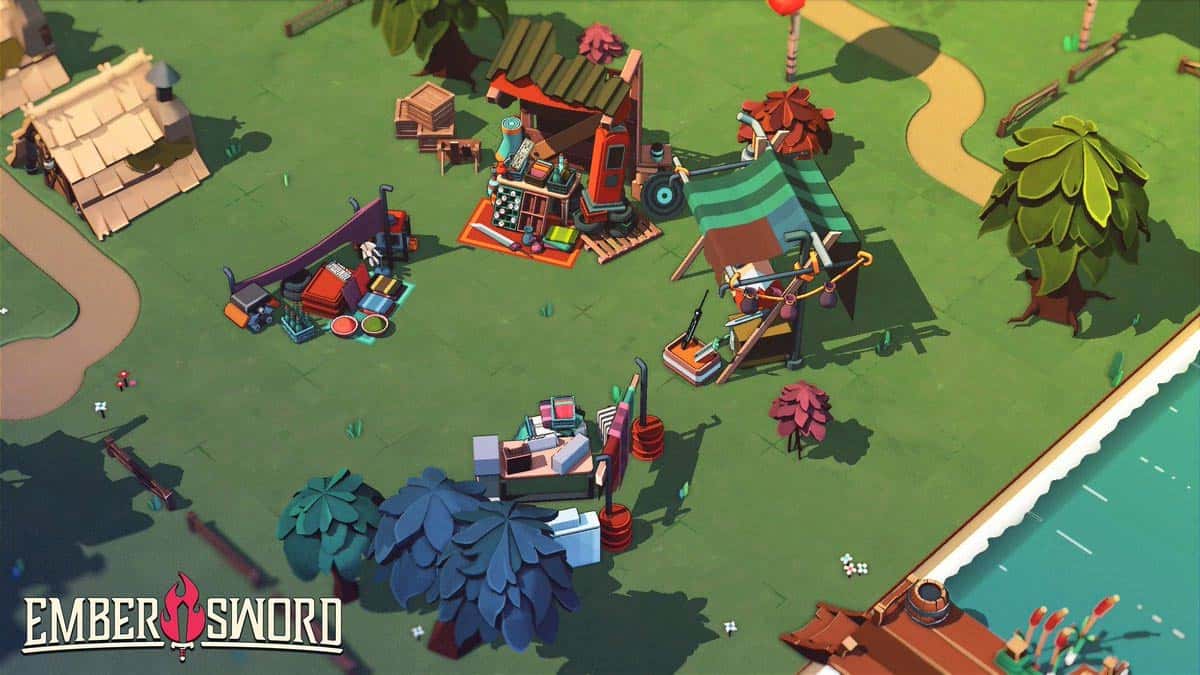 As part of the partnership, the two companies will be working together to utilize a custom version of the OpenSea backend to power a peer-to-peer marketplace for tokenized cosmetic items inside the Ember Sword game, with a user-friendly interface made for mainstream gamers who have no knowledge about blockchain technology or cryptocurrencies.

“We’re excited to partner with Ember Sword for the development of an in-game peer-to-peer marketplace, as we’ve been very impressed with both the team and early gameplay,” said OpenSea CEO Devin Finzer. “It’s an exciting time in the world of blockchain gaming.”

The first-of-its-kind Ember Sword OpenSea-powered marketplace will allow players to freely trade their in-game landownership tokens and cosmetic items, like skins and emotes, at ease using Ember Sword’s premium currency – the PIXEL Token, which is a fungible erc-20 token powered by the Ethereum blockchain.

“Players trade game cosmetics, skins, and accounts for billions of dollars every year on illegal and insecure black markets already, but in Ember Sword, these items can be traded legally within the game’s secure ecosystem,” So Couch Studios CEO Mark Laursen explained.

Unlike traditional video games like Fortnite and Counter Strike where cosmetic items exist in infinite supply and are all completely identical, cosmetics in Ember Sword all have a unique item history, exist in a finite supply, and are rewarded to players through in-game activities and competitions, turning each item into a true digital collectible.

“OpenSea is poised to become the leading marketplace for the user-owned digital collectibles that are at the backbone of the next revolution in free to play monetization, and we’re thrilled to partner with their talented team to create the best possible experience for our players,” said Mark Laursen. “With OpenSea, we avoid having to build a marketplace from the ground up, including testing and deploying the marketplace smart-contracts.”

Ember Sword is a free-to-play Massively Multiplayer Online Roleplaying Game (MMORPG) for browsers and PC with a vast, persistent, fantasy universe owned and developed by its players. Putting an end to loot boxes and pay-to-win monetization, players acquire scarce and rare in-game cosmetics for free by engaging in end-game PVP and PVE and can later trade these cosmetics to other players for PIXEL Tokens, with So Couch Studios earning a transaction fee on every trade. Whether you’re a peaceful forager of goods and rares making a name for yourself, or a fierce warrior of no alignment, there is a place for you here – a place where players decide between peace and war. A place built by you.

OpenSea is the first peer-to-peer marketplace for blockchain-based assets which include collectibles, gaming items, and other assets backed by blockchain. The OpenSea team has  backgrounds from Stanford, Palantir, Google, and Pinterest and is funded by YCombinator, Founders Fund, Coinbase Ventures, 1Confirmation, and Blockchain Capital. OpenSea is currently the largest general marketplace for user-owned digital items with the broadest set of categories (100 and growing), the most items (over 1 million), and the best prices. Since their beta launch back in December 2017, the site has had over 5,000 ETH pass through their market.

About So Couch Studios Ltd:

So Couch Studios is a developer and publisher of blockchain-enhanced games using tokenization to create better and fairer gameplay experiences for the next generation of gamers. The studio is currently working on its flagship title; the free-to-play MMORPG Ember Sword. The So Couch Studios team has backgrounds from both indie and AAA games such as Guild Wars, Aquanox, Kaos Wars, Blitzkrieg, Tank Wars, and more. The entire team has been hand-picked from the games and blockchain industries to provide an unparalleled, trustworthy, and skillful international developer team.