Genesis Avatars by NFT Worlds to Take Place on April 30 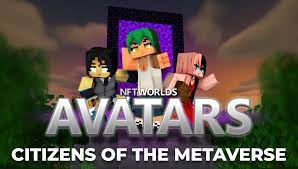 NFT Worlds is dropping the all-new perk-rich Genesis Avatars. They already have a gas-free token system for payments and other transactions. The players can stake the tokens to make passive income.

NFT Worlds has been on the path to seamless success for a while now. Previously, they launched their token system, which was a huge success. They have announced and released some details about their upcoming NFT drop, Genesis Avatars.

Consisting of 15000 1-1 playable NFT avatars, each avatar will be unique and playable in the NFT Worlds universe.

Genesis Avatars is an upcoming NFT drop recently announced by NFT Worlds. The minting will start on April 30, 2022, in two parts.

The wallet you used for stalking will be utilized for Whitelist mint access, meaning you don’t have to unstake any World.

Genesis Avatar holders will be given priority access to future events and drops. Other than that, NFT Worlds will build an Exclusive World just for Genesis Avatars holders. To let everyone know you were there, you will be given Vanity Titles.