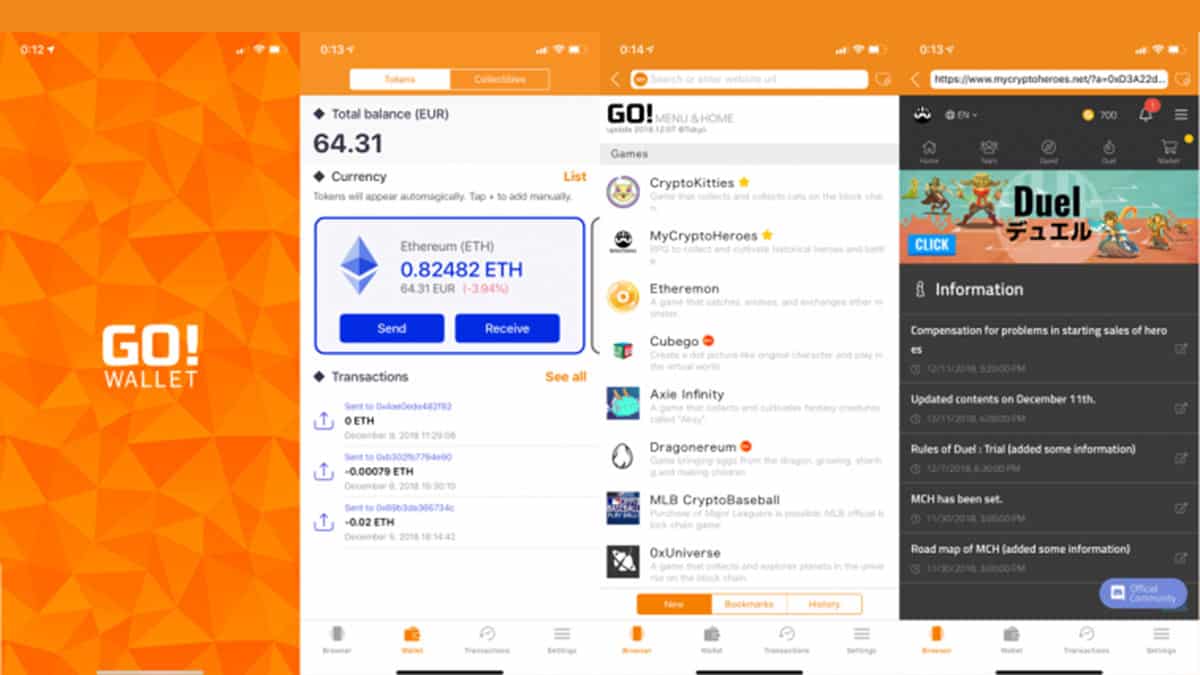 “GO! WALLET” is a wallet application that can easily manage the Cryptocurrency token. The biggest feature is that it can be charged immediately and used as it is on a web3-compatible site that allows you to check owned token by the Wallet system within the application. Blockchain applications and games that correspond to web3 are rapidly increasing all over the world.

These games and applications refer to crypto enthusiasts, and the team received many requests from partners, DApp developers, and end-users since the service released in October 2018.

While focusing on the English version mainly, the team will develop multilingual support aggressively and expand its service to use the DApp applications and games more safely from now on. The DAppapplications and games will be available on the DApp directory menu(called GO! MENU & HOME) with several languages and support each language localized screen one by one to pursue convenience and sociability.

Furthermore, the service will expand the mechanism of Reciprocal Customer Transfer with overseas DApp applications and game players. It will seek the important common points between blockchain games, applications, and end-users with a wide range.

The SmartApp Inc. team is a very experienced group who have developed and operated on numerous web-based platforms (ex. search engines, entertainment content, mobile social games, online community). They have a big background in finance, blockchain technology, and the virtual currency field. They are members of the Japanese Blockchain Associations Virtual Currency Division.

For inquiries about this release