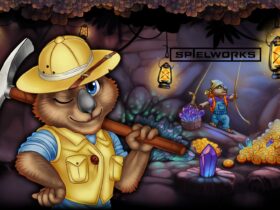 Web3 RPG Guild of Guardians (GoG) has partnered with eight top esports teams, and from now on, fans can purchase and earn esports-themed in-game summons.

This partnership was first announced on September 2022, and today we observe the second phase of it. Cloud9, Fnatic, NAVI, Ninjas in Pyjamas, NRG, SK Gaming, T1, and Team Liquid partnered with Immutable Game Studios, the publisher of Guild of Guardians. Five of the eight participating teams are ranked in the top ten most valuable esports companies of 2022.

Each esports team will be represented by two different in-game Guardians, which can be obtained as a non-fungible token (NFT), amounting to 16. Half of them will be available for purchase, while the rest will be granted to community members by playing the game.

Starting on Feb. 8, 2023, at 6:00 pm US EST, players will be able to buy special “summons” to receive a random tradeable Guardian of Legendary rarity that is a part of the special Early Adopters collection.

Each of these summons — 16,000 in total — will be available for purchase until Feb. 15 at 8:00 pm US EST or as long as supply lasts. Don’t forget that those guardians will be playable in Guild of Guardians after the Alpha release.

Phase 1, IP Integration: Guardians will natively be integrated into the GOG universe via playable characters after the Alpha release, with unique synergies for using certain combinations of Guardians in the same squad. Owning an esports hero will make it easier to earn additional esports content that is introduced in the future – such as team pets.

Phase 2, Leaderboard Competitions: Guild of Guardians will introduce a democratized esports system where anyone can participate and compete for leaderboard rewards as both individual players and guilds.

The Mountains of Boreas 1 – VulcanVerse Lore