Ok so onto another article we go, as I say each article is going to look a lil further into the original Enjin Blockchain Legacy Catalogue. The token we are focussing on today comes from a chat with Ruffy after a post of mine on an account I was once an admin of had me banned. Fortunately, it had already been seen by some.

The reason that we are discussing thiss today, is that it landed on a sssnagit cross and cover. I had a gif running of the multiple token Enjin gif ( I posted it a lil further down) and in this instance had captured one moment. As I lived, it was the devil that was hit. I posted it on ERC1155 Traders for a laugh, and got kicked out.

Weird to get kicked out but, Ruffy had seen it and said

I had to ask more ha

Meltoid
Hey are you ok if I do piece on the devil token, like when did you get it? Do you know who created it? Does the symbolism concern you?

Meltoid
Ah cool, will do 👍 know anything more about it? Are you worried you hold the token ha?
Did you buy it or was it a gift?

Ruffy
no why should i?
i got it for free back in time
was a nice gift from the guy

Meltoid
Ah just the inscriptions of the token, was making a joke about the rules of the coin?

Which sparked me to think. Why is there something ooooo ahhhh when we speak about the devil? Why has it been a constant narrative?

However the muting happened, it’s going to happen to more and more to voices against the narrative of powers that be. Wherever those that shut down free speech live, it’s all about the narrative. The most freeing moment I had was when I realised the devil is a man made construct and pretty much a psychological edge. Time – emit – evil – live – lived – devil . The greater good is within and your mental dial can be changed free of charge by mother nature 🙂

Reading the book The Immortality Key by Brian, it brought forth the concept that so many things we perceive to be true are not, which I kind of thought, but now through the efforts of others know that the institution of the church has been denying us all total freedom for the pay out of control. The flock cannot be trusted, it needs to be guarded seems to be the consensus. Why, cos we are worth as much as we make others comfortable.

In the end, our true link to the divine as human consciousness has been guided by psychedelics since our ancestors first came across them and regarded them as safe to eat. Just like the pomegranate or apple persay, back in the day, the shamans guarded the power of knowledge too, some people just want to control you for their own comfort, and claim info gained as there own, when they take knowledge from the entering of the divine realm through chemical stimulation. We are all just radioheads yeah? We all can connect with the ultimate connection. Even Nostradamus predicted the queens death this year…what was in his cauldron?

Anyways I digress too much. But what I can say, is if you like a great historical mystery read that breaks down the concept of Catholicism to be a watered down Eucharist culturally appropriated by the Greek mystics that roamed gallillee through a mega wine producing region due to the adoration of Dyonysus. Wine back in the day was spiked with vision enhancing natural alchemy. Which was originally culturally appropriated from the Stone age humans of Gobleki Tepe. Did you know beer actually has archaeological evidence to prove humans created it before bread? And the ergot fungus that grows on wheat was found to have psychedelic properties. Probably why the concept of a shaman and eventually priest ( as a trickle down effect ) was ever thought as something connected to a divine state.

Either way Brian has spent some of his life writing it. Can I fault it? No, but it brings in a towering debate on what the Devil really is, when any belief has a lie within it 😉

Anyways, like any good mystery you sit back with a wine thinking about Dyonsus and ponder, plus sit on screenshots of every conversation ever been had….Where in the world is Ryan Wine? Melt out, hope it was interesting enough to click and read. If you got this far ha 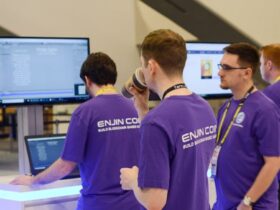