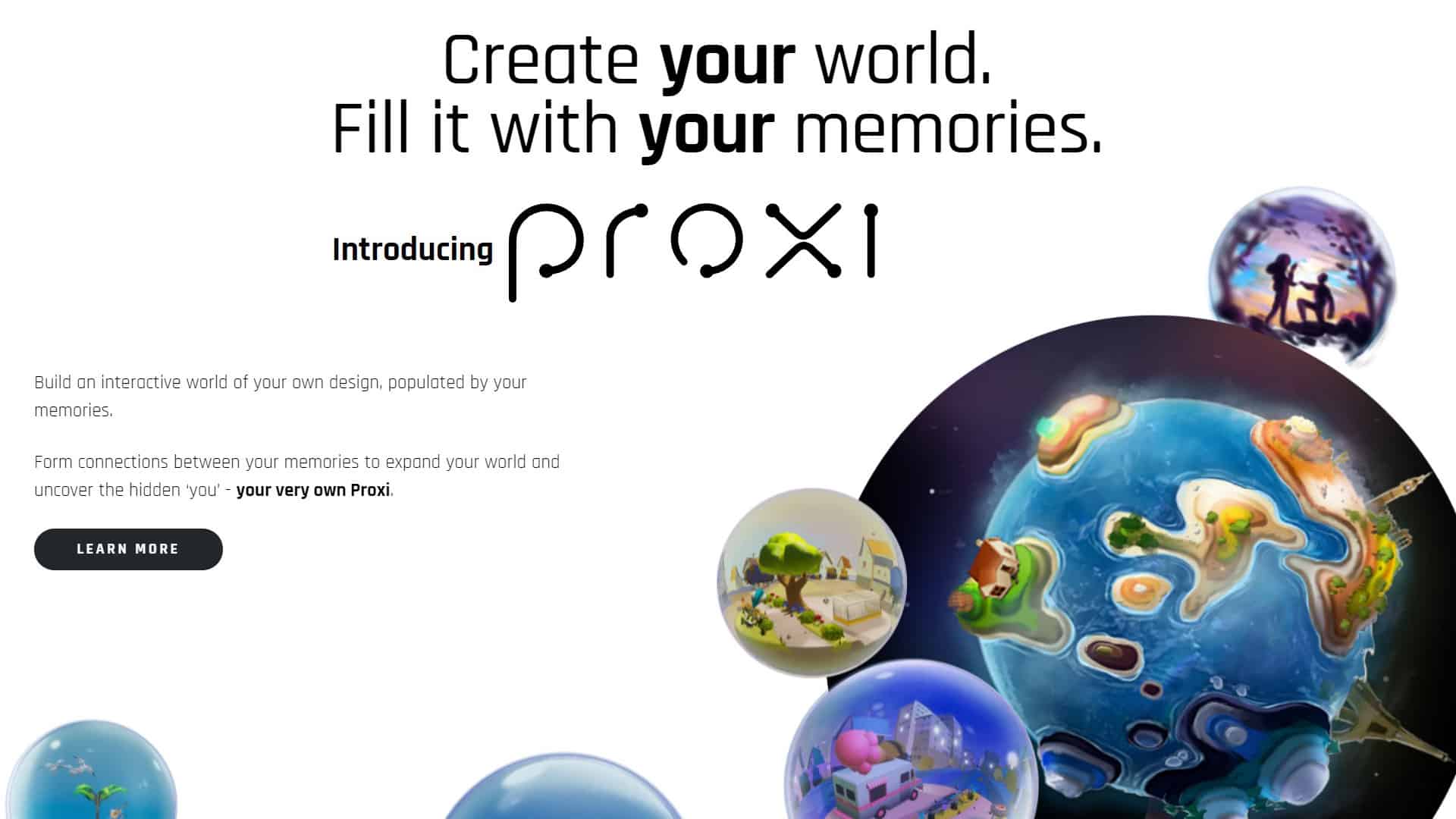 The interest from mainstream companies in blockchain gaming has been increasing really fast. More and more gaming studios are joining the NFT movement not only as a way to sell, but a way to handle value to the players, and therefore convert them to loyal players. Big steps take time and truth be told, building a blockchain-based game when you are a big studio there are many factors to consider such as legal, easy of access and more.

I always liked creating. Some of my best gaming memories include playing The Sims, building a super town using money cheats in SimCity, or creating my own species in Spores.

All these games together make a multi-billion dollar gaming universe created by Will Wright and Lauren Elliott at Gallium Studios, and now they are launching Proxi, a game where you create your own world!

Just like in the Sims Universe where players can enjoy creative freedom, limitless potential for self-expression (and expansion packs), countless hours of building their own worlds, and unique masterpieces with their signature style, Proxy has great potential of becoming the next big thing.

This is due to the sound decision of Will Wright to incorporate the advantages of blockchain technology and the concept of in-game non-fungible tokens with the penchant of gamers to churn out their own content. In this game, players create core memories in Globes with in-game items, and then they use these Globes full of memories to create Worlds.

Different Worlds filled with Globes that are complete with images and words associated with different memories, the Proxi or artificial intelligence avatar of players come to life and can now interact autonomously with other Proxis within the game like family members, new friends, historical figures, famous personalities, and even fictional characters.

But this time around, these players will be granted due recognition and true ownership of their creations, a significant improvement from the time when everything belonged to the giant studios and biggest companies of the video games industry. This is where Forte shines because this company based in San Francisco will not only provide the blockchain infrastructure of Proxi like personal wallets and the aforementioned utilization of NFTs but also the legal and regulatory aspects of blockchain gaming.

This will ultimately give players real ownership of their created Memory Globes and Worlds NFTs which they can buy, sell and trade in the Proxi marketplace to earn profit because of their active participation as content creators who contribute to the growth of the community and the entire Proxi universe.

To give thanks to its loyal fans and zealous supporters, Proxi has released exclusive presale packs full of limited edition NFTs for $10 and 50$ respectively containing unique in-game memory objects and some other extra stuff and perks. Bad news is they are sold out so if you would like to acquire an NFT early keep an eye out on future sales.

With Will Wright of Gallium Studios working devotedly hand in hand with the talented blockchain gaming developers over at Forte, Proxi NFT Game has a bright and promising future because it is the kind of game that appeals to a wide demographic of gamers who want to express themselves, get recognition for what they do, and maybe earn a little something for their time and effort.