Thetan Arena: Everything We Know So Far 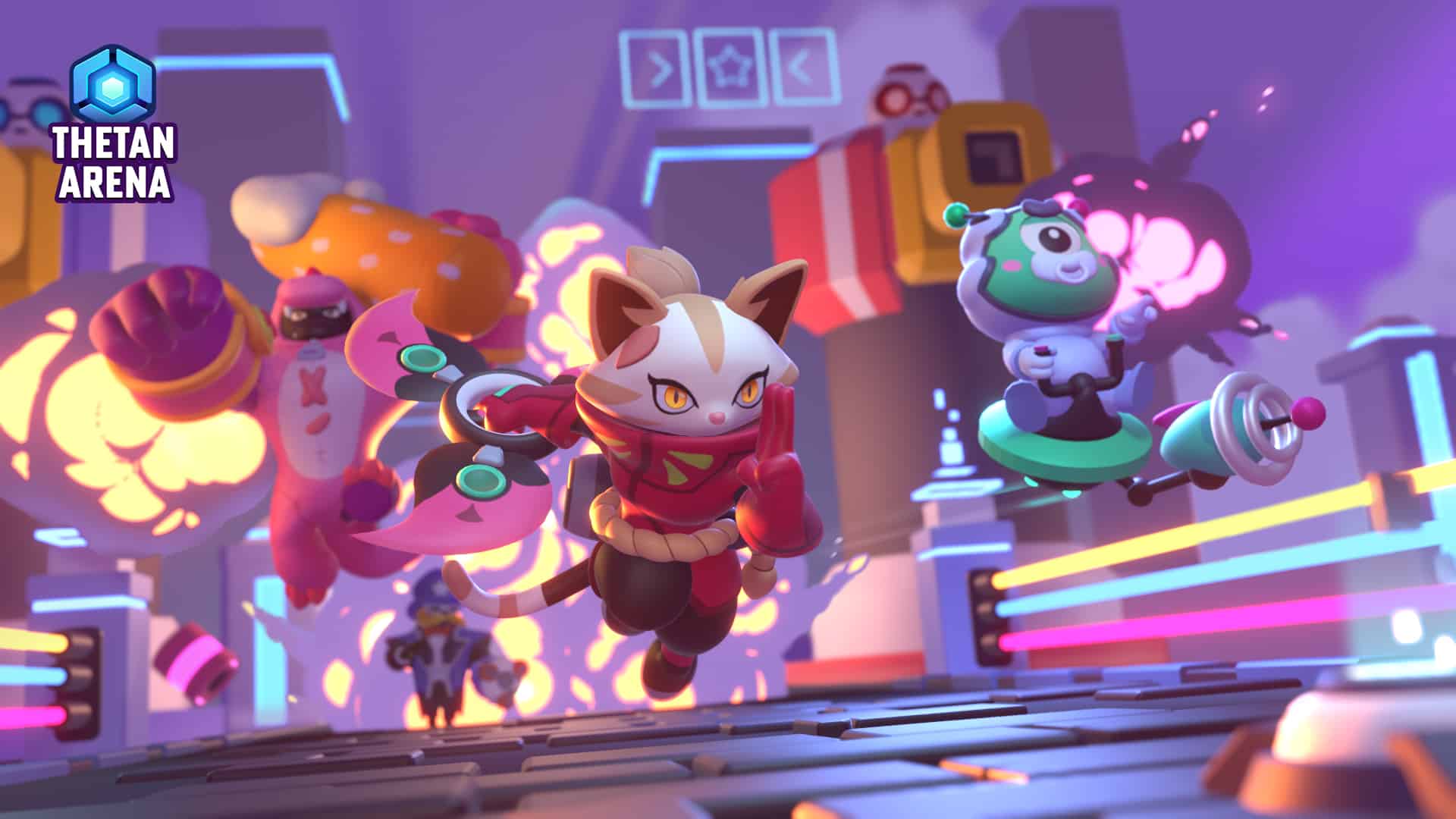 If you like the fast-paced and exhilarating action of multiplayer online battle arena games like Mobile Legends, Arena of Valor, and League of Legends: Wild Rift, then you will definitely fall in love with Thetan Battle for sure. Hailing from the creative laboratories and game developers of Wolffun, who are also behind the hit title Heroes Strike, Thetan Arena is not just another run-of-the-mill MOBA.

This is because it will ultimately serve as a platform game that unites cryptocurrency investors, hardcore gamers who want to dominate the leaderboards as well as social media streamers who wish to generate engaging content that will exponentially increase their viewership and revenue.

Mission and Vision: Looking Down the Roadmap

But to stay relevant in the next couple of decades, as they have predicted in their mission and vision statement, the developers have a threefold plan that they want to implement to stay on track. First of all, the gameplay and mechanics of Thetan Arena must be aesthetically pleasing, bug-free, and entertaining enough to keep gamers interested in playing it for years without getting bored.

They can achieve this by having interactive and engaging features like joining Guilds and participating in Guild Wars and Quests. This will encourage players to interact with one another, thereby contributing to the perpetual growth and strength of the community.

Second, the game should have smooth and seamless streaming support compatible with leading platforms like Facebook, YouTube, and Twitch so that streamers can showcase high-quality video content worth the time of their viewers. And to reward the efforts of these streamers, players can pay them with Thetan Coins or Thetan Gems.

Finally, to ensure the sustainable longevity of the game, the developers are also making it a point to create a strong bond and relationship based on mutual trust and respect amongst investors, stakeholders, and gamers to create an unstoppable alliance that will maximize the returns of their investment.

Getting down to brass tacks, players will never get bored with Thetan Arena because there are different game modes that players can choose from, and they are all fun, exciting, and recommended for all ages.

The first one is “Battle Royale” where twelve players are placed in a battlefield that gets smaller as they try to eliminate each other just like in the BR game mode of Call of Duty, and the last man standing is declared the winner. Another game mode, similar to the aforementioned games such as Mobile Legends and Wild Rift, is “Tower Siege” where four players from each side collect Batteries so that they can summon the all-powerful Siege Robot hellbent on destroying the opponent’s tower.

In “Super Star”, two teams with four members each try to collect as many Point Stars as they can to accumulate match points, and the team with the most match points when the time runs out is declared the winner. “Deathmatch” is as unforgiving and brutal as it sounds because the game’s objective is simply to defeat as many opponents as they can to earn elimination points. Last but not least, players also have the chance to play “Custom Battles” with their friends, and hosts can choose between different game modes, maps, and a number of players.

All Hail the Conquering Heroes

As for the wide selection of playable characters that you can choose, three classes cater to the preferred playing style and role with which players are most comfortable. Heroes like Lucy Muffy, Errant Ghost, and Kongkey are classified as “Tanks,” and they are designated front-liners who soak up the damage from enemies to protect their allies because they have high health points, but their movement speed is relatively slow and lumbering..

On the other hand, “Assassins” such as Raidon, El Dragon, and Velvet have some serious burst-damage potential and high mobility so they can eliminate heroes with ease while weaving in and out of battle elusively. Finally, “Marksmen” like Phoenix, Big Papa, and Destroid are the main damage dealers in the game with their insane DPS output and they must be protected at all costs to ensure an easier path towards victory.

Skills for the Kills

There is also a wide array of skills that players can choose from to help them eliminate their enemies and achieve their objectives. Still, players must choose carefully because they can only select two skills before entering the battlefield. “Effect Skills” like Rocket Plunger, Ghost Fade, and Toxic Fluid cause status changes that can bail out allies or punish the enemies while “Damage Skills” such as Bullet Storm, Explosive Mine and Super Rocket are specifically designed for maximum mayhem and damage output against enemies in a short amount of time. Equally important are the two “Support Skills” namely Shield and Healing Turret, because they can spell the difference between life and death, especially in tight spots and clutch situations where every ounce of HP is essential.

Separating the Wheat from the Chaff

But what really sets Thetan Arena apart from the rest of the dime-a-dozen MOBA games out there is its play-to-earn potential because there are many ways for players to monetize the time, effort, and investments that they spend on this blockchain game. Since they implemented the free-to-play model, this will surely attract more gamers from all walks of life and various demographics to try the game out without the fear of losing money.

Casual players will be given free heroes that they can use to earn Thetan coins but there are certain limitations: free heroes earn fewer tokens than premium heroes, they cannot participate in special events, they cannot be evolved into a Thetan Hero and they cannot be bought, sold or traded in the NFT marketplace. By using the default hero Raidon (as well as the other two, free heroes down the line), players can still play different game modes and earn Thetan Coins and Gems that they can spend to purchase Thetan Boxes containing Premium Heroes.

But these players who are hesitant to shell out their hard-earned cash can still make the most of their mad skills, time, and effort because they can team up with investors who can buy Premium Heroes, rent them out to their partners, participate in Special Events and treat their NFT characters as digital assets that will increase and optimize the yield of their investments.

Aside from streamers and players having all the fun, investors can also use their Thetan Gems and Thetan Heroes to participate in staking which can pay off big dividends in the long run and at the same time contribute to the sustainable development, growth, and improvement of the game through the years.

Disclaimer: This article is not investment advice. Please do your own research and treat games as games.