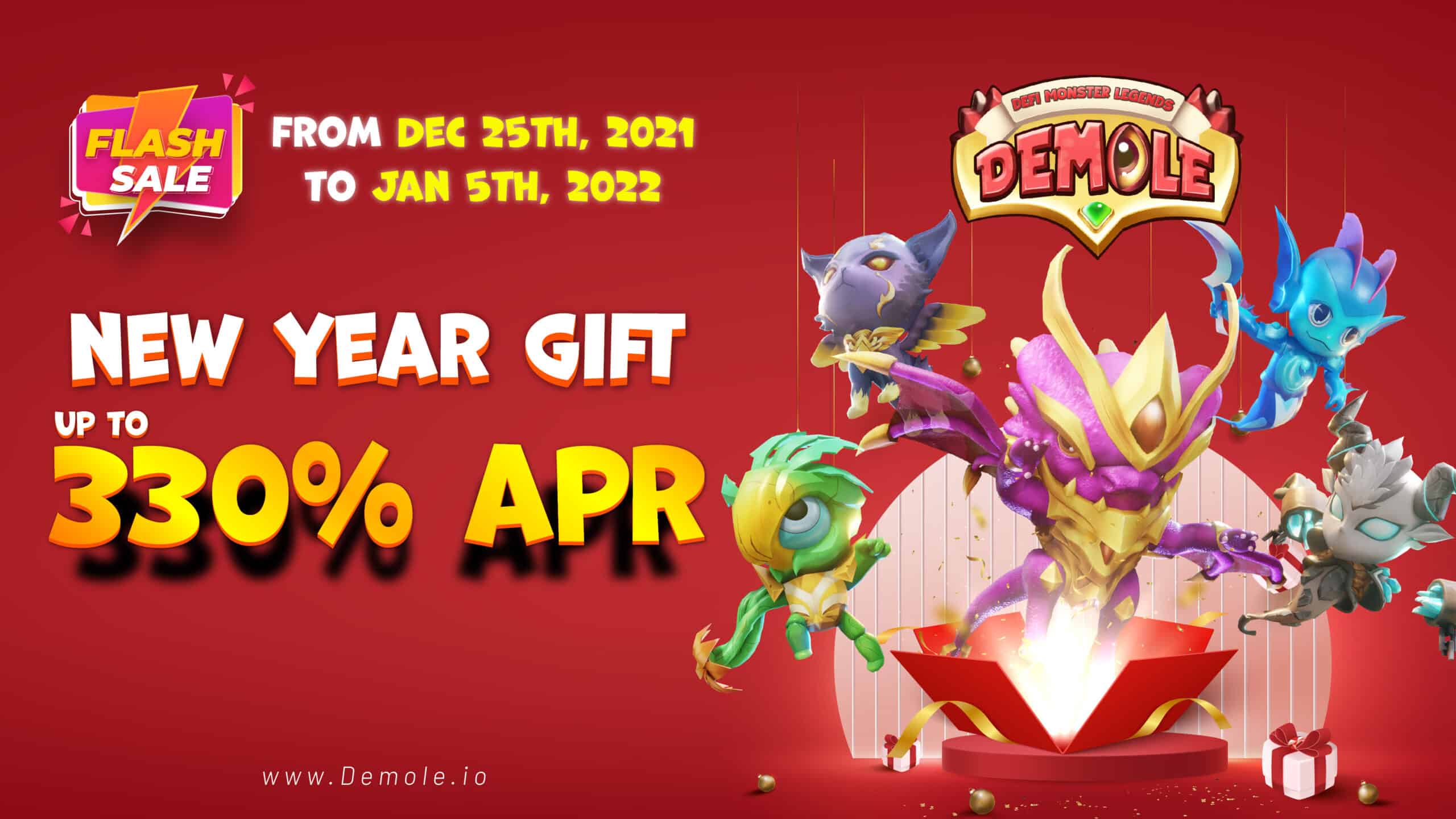 Christmas is coming to town, and the Once-in-a-lifetime Christmas Farming Staking Pool is coming on Demole.io.

Win this time for x3 APR than usual, only from Dec 24 to Jan 5 at TRAINING GROUND.

💸Where to buy $DMLG: on Gate.io, on Pancakeswap

To ensure Demole has a sustainable financial system, we divide tokens into four parts as follows: Burning, Staking, In-game Rewards, and Team Tokens: In addition to the Burning feature, Demole also has a Staking Pool for players to stake for monsters and receive tokens passively. In addition, some tokens will be allocated as a development fund for new game features.

Furthermore, all players have a fair chance to stake rare NFTs from the Monster Nest aka Demole’s Staking Pool. With Demole Staking Pool, you can earn REAL MONEY only by staking NFTs.

About Demole: Demole is one of the first 3D blockchain Metaverse which we intend to build a social Metaverse for Gaming-as-a-platform which features: