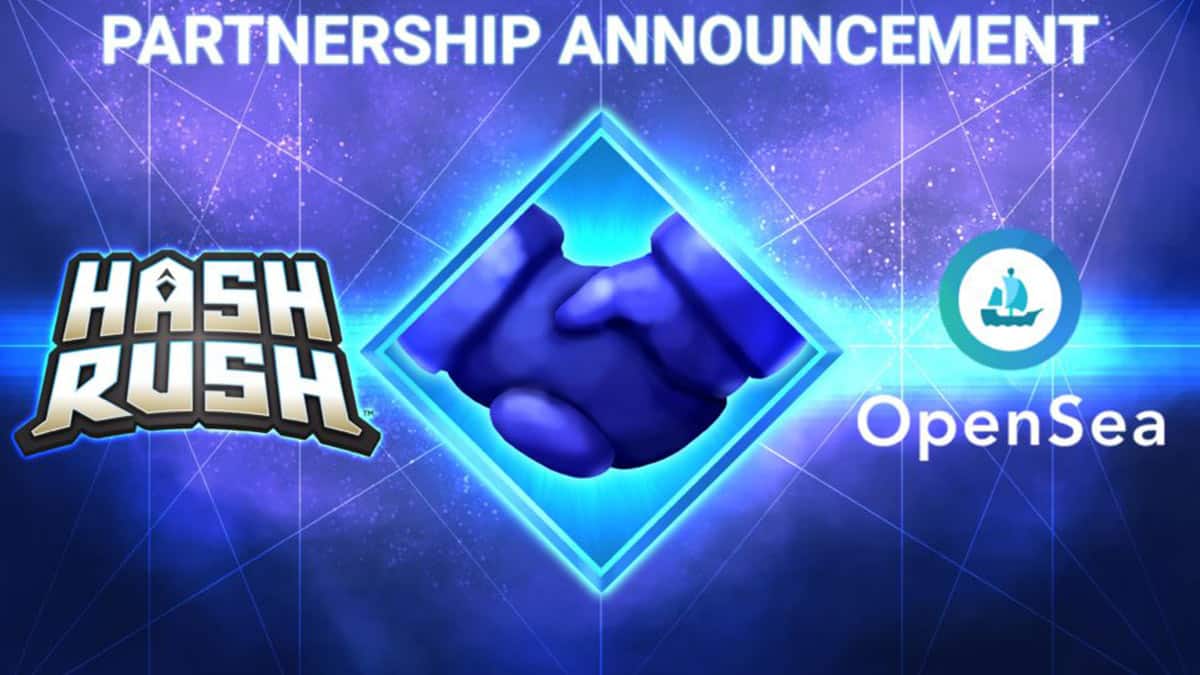 Hash Rush Partners With OpenSea as the chosen one to host the game’s marketplace. Hash Rush, with a blog post today, confirmed the partnership, and also provided more details.

“With this partnership news, we are also excited to announce that the first Hash Rush Cards (these are all Non-Fungible Tokens/NFTs) will be on sale VERY soon, and will be exclusively available on OpenSea”.

The famous mining game has gained thousands of players within a small period. Currently, Hash Rush is available in IndieGoGo, a crowdfunding platform where gamers can back the game and get exclusive rewards in return.

The free-to-play, real-time strategy blockchain game is all about building and evolving a colony on your planet while overcoming many difficulties.

Hash Rush is in the Alpha stage with an overwhelming community. The beta phase will begin in December with 10,000 players.

Hash Rush is an upcoming Real-Time Strategy (RTS) blockchain game. Gamers can build, expand, and maintain a colony in the Hermeian galaxy, the most dangerous place outside our universe occupied by weird and deadly creatures.

As a player, your goal is to build a fast-growing colony with enough army and workers to overcome several difficulties. At the same time, you challenge yourself with other players and fight for glory.

OpenSea is a decentralized marketplace for blockchain assets. With over 1,000 ETH in transactions, they allow users to buy and sell in-game items and collectibles. OpenSea team has experience background from technology giants like Google and Pinterest and backed by venture funding, including Coinbase Ventures. At the moment, OpenSea is the largest blockchain asset marketplace with more than 50 categories, unbeatable prices, and over a million products.