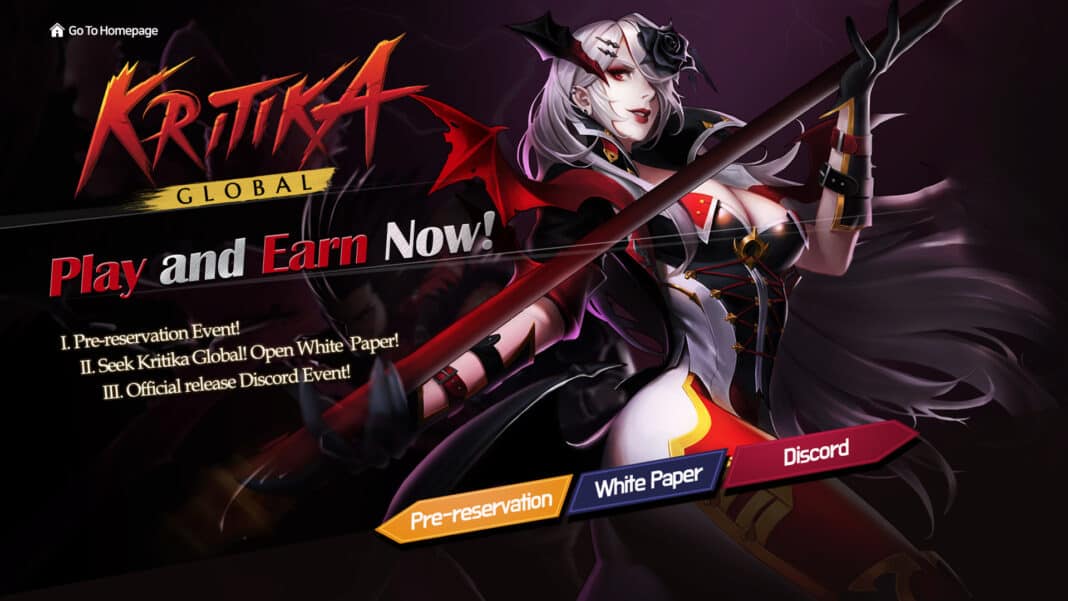 ALLM, the original developer behind Kritika Online, is bringing back the the anime brawler as they announce their new project Kritika Global.

Kritika Global will be a blockchain-based game levering P2E mechanics. You can also expect to see the game have Tokenomics. The project will be resurrected with partnership with COM2US.

“This project by Kritika Global provides Play-To-Earn environment where a player can earn on the basis of well-proven gameplay since 2013 as well as of C2X platform. Diamond, Quartz, and other currencies, gained from the game mostly, are tradable between players. Player can exchange Diamond for C2X and Quartz for KRX at the C2X station.”

“In the early stages, online RPG enabled a large volume of multiple-user-based transactions in their economies. However, in reality, the players are little allowed to buy or sell in those online RPGs even though the values they earned are the result of spending their time and money, because of the supervision reason of the gaming firm”

“Kritika Global has been designed not only to help players break free from such situation by allowing them to gain rewards for their hard work, but also to freely purchase items with the currencies they earned maintaining their asset values”