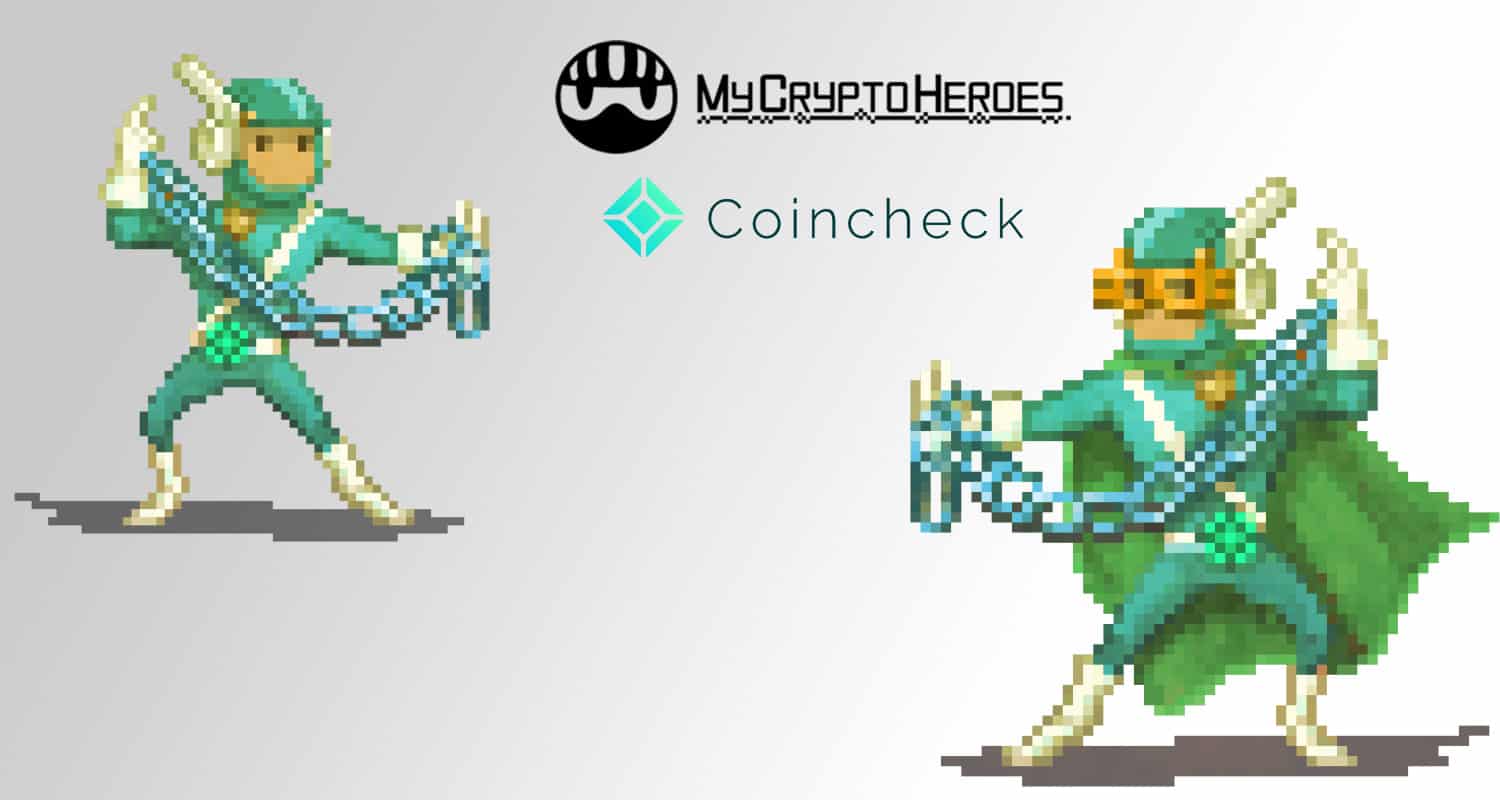 A new collaboration campaign between MyCryptoHeroes and Coinchek has recently introduced by Double Jump Tokyo aiming to expand the user base of MCH and further develop of the ecosystem.

It’s all Japanese to you? Don’t worry, we got you covered!

The campaign will take place from August 9 to 22 midnight, Japan time. In order to join, you must meet the following criteria:

By participating in the campaign, you will be able to win the following prizes:

Coincheck users who started playing MCH will win an uncommon hero “Satoshi Nakamoto ALPHA CC” by lottery. 500 of them will be given away.

Along with 1ETH to 10 winners, players who retweet can win by lottery 30 pcs of the “Satoshi Nakamoto OMEGA CC”.

The campaign honors Satoshi Nakamoto, the world-known figure and creator of Bitcoin, whose identity remains a mystery until today.

MCH is a pixel-art RPG Blockchain game launched on November 30, 2018. Since then, its constantly in the first place of Ethereum games in terms of transaction volume and daily active users, counting more than 55k registered users. MCH is considered as a “phenomenal” game due to its success as well as complex and deep gameplay. IN MCH, you can fight nodes, take place in tournaments, battle with other players and experience a well-designed and sophisticated game that will satisfy even the most demanding players. It’s all about strategy and forward-thinking.