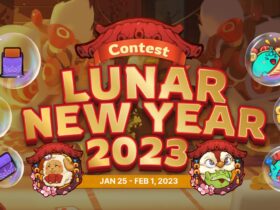 NFT Panda: World of Fantasy (WoF) – Play-to-Earn collectible WAX blockchain game with RPG elements. The launch of MVP NFT Panda: WoF will take place in about a month. There will be an announcement soon.

Lore of the game tells about a world inhabited by fantastic brave Pandas who are fighting for the freedom of their lands. Your mission is to become a hero who will reunite the lands of Elgard, cleanse the world of the Dark Forces terrorizing Elgard, and return them to their former prosperity.

To fight the invader, you just need to have at least one panda (NFT), initially, 6 slots are available to create your own small army, and to make your army truly great, there is an opportunity to increase the number of slots to 20, in which you can place 20 pandas.

Each panda is an NFT and they are the main unit in NFT Panda: WoF. Pandas have several features and characteristics.

Also, each Panda has its own element. Panda’s elements are divided into 4:

Recently, the team of NFT Panda released Bamboo Paper v.1.0., where they described the concept of the game and revealed their Unique Gamer-Centric Tokenomics. NFT Panda believes that real Play-to-Earn games should be in the best interests of the players. NFT Panda: WoF Developers Proudly Call Their Mechanics TRUE Play-to-Earn. Because the game was launched without IDO and 85% of tokens will be available for earnings to players, while in other games this figure is about 50%.

In addition, all proceeds from in-game purchases are returned back to the economy to reward players using game mechanics without fee, which will eventually attract more and more players over time.

The main task of the player is to send his army of pandas on adventures. After the end of the adventure, you can pick up your honestly earned reward in the form of a $ BAM token. At the same time, for a more exciting process in the game, there are about 50 outcomes of adventures, on which the reward will depend.

There are many different types of earnings in the game:

*Note that not all features will be available in the MVP version. Some of them will be added gradually with each update of the game.

NFT Panda: WoF has the ability to stake the $BAM token.

It is built into the mechanics of improving the hero. The game has a 12-rank system, thanks to which the player will be able to earn more. To increase the rank of each panda, you need to fulfill a couple of simple conditions: get enough experience by sending the hero on adventures, and add a certain amount of $BAM tokens to the stake. (see Bamboo Paper v.1.0.).

The player will have the opportunity to equip each panda with weapons of various rarities and types. Additional equipment increases adventure rewards.

Each weapon has its own blueprint and the necessary components to create. To craft a weapon, you need to collect all 3 components and 1 blueprint.

The developers also made sure that the native utility token of the $BAM game was in demand.

The $BAM token is used to buy in the domestic market, rank up, stake, increase the number of slots, create, and more to help increase the useability of the token and, as a result, the price of the token.. In addition, deflation elements such as burning and consumption will be added to the game to create a real economic system.

Among other things, the developers also took care of a decent musical accompaniment, which is important, many projects simply skip this aspect.

And the Main Theme for the game was created by an incredible group of professional musicians from Dark Twin studio, who helped us create it: Serga Kasinec and K.I.R.

NFT Panda: WoF is the first game in the series of crypto games from the NFT Panda metaverse.

Minimum Viable Product (MVP) NFT Panda: WoF release in about a month and a promo campaign and a panda sale will be scheduled to mark the launch of the game.

Disclaimer: This is a Press Release and it’s not written by the eGamers.io team. Please do your own research and never invest more than you can afford to lose. eGamers.io is not responsible for any losses that might occur.