The Sandbox Brings Care Bears to The Metaverse 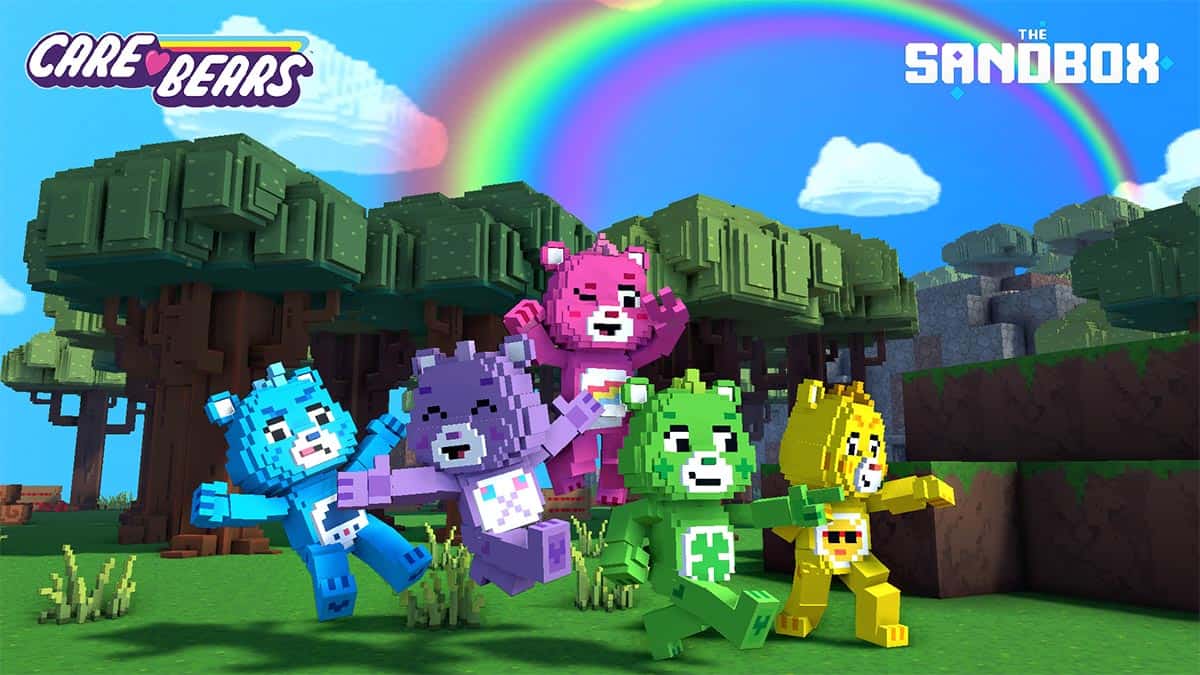 The popular user-generated virtual word The Sandbox partners with the Care Bears brand and brings the Care-a-Lot world in the upcoming metaverse.

Through the Sandbox and Care Bears partnership, players will be able to purchase the beloved by millions of people bears and use them in their own gaming worlds and experiences.

Launched in 1982, Care Bears have been so popular between kids and adults that several movies and TV-Shows were created the past 40 years, including physical toys, a monopoly edition, and much more. The Care Bears’ message of cooperation and understanding has helped the brand generate more than $5B in retail sales worldwide.

The parent company of Care Bears will receive a large portion of LAND plots in the Sandbox metaverse where 3D voxelized versions of the Care-a-Lot kingdom will be created and become available to the players once the game launches later in 2020.
The agreement between the two companies allows the production and distribution of NFT Care Bears-inspired collectibles that players can use in their gaming experiences.

We’re pleased to welcome the Care Bears license into The Sandbox virtual world, inviting family-friendly entertainment brands that our players have grown up with to participate in the next digital revolution where virtual worlds are 100% made, governed, and owned by players. We are creating an appealing gaming metaverse that aims at attracting mainstream gamers and creators through their favorite brands, to build great experiences.

We look forward to bringing the Care Bears into a new gaming universe and creating a new generation of family entertainment experiences. Working with The Sandbox team to build an authentic Care-a-Lot in the metaverse will allow Care Bears fans to interact with the world and each other in a fun and imaginative virtual theme park setting.

The Sandbox has more than 50 partnerships established including ATARI and had conducted several LAND presale rounds that were all Sold out. The Sandbox will use the $SAND token to fuel the in-game economy and it’s expected to launch by the end of 2020.

Sign-Up for the Sandbox and keep an eye out for 15th of September for the next LAND sale and future exclusive offers.

Continue reading news for The Sandbox.