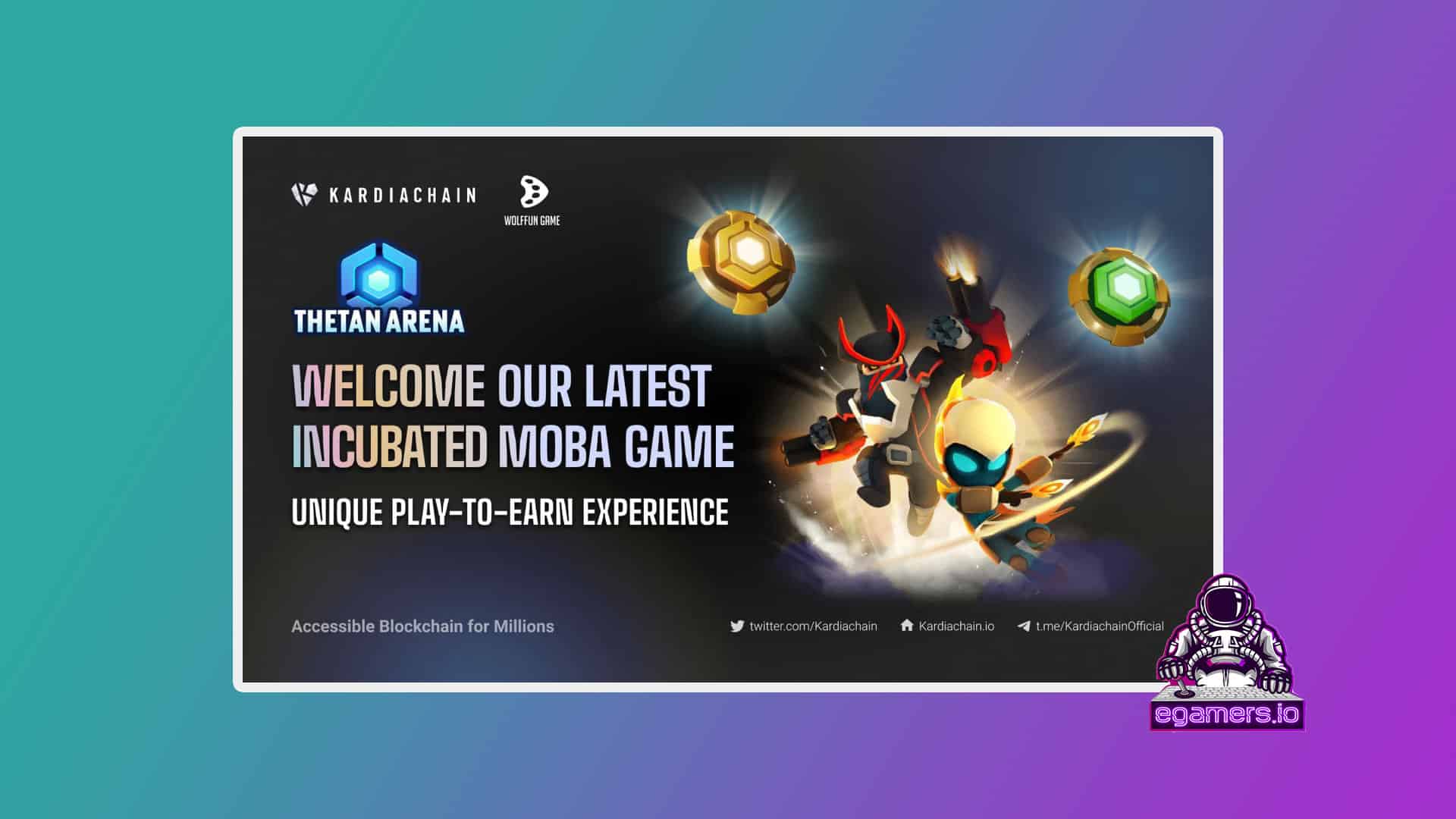 After the launch of My Defi Pet – a digital pets game – and its massive success in just 4 months, KardiaChain is bringing a new multiplayer online battle arena and battle-royale play-to-earn game: Thetan Arena.

The game will be coming soon on PC, Android, and iOS, the launch date will be around October with an IDO to take place on September 15th.

Thetan Arena’s has a 2D design with a top-down view for players. The game features an environment and characters that are minimalistic in design and have a retro touch. In each round, players will use their fighting skills and teamwork to finish with maximum rewards.

The game’s economy is based on Thetan Coin. It will be used to get Premium Heroes or players can withdraw it to fiat. On top of that, The Gem will be utilized to upgrade Premium Heroes to Thetan Heroes or could be staked for rewards.

Thetan Arena is developed by the popular Vietnamese game developer Wolffun. Wolffun has so far created two well-established games on the Google Playstore: Tank Raid Online and Heroes’ Strike. These games have more than 10 million downloads.

The game allows players to own their NFTs and trade them on the marketplace with other players also.

Moreover, according to the roadmap, Thetan Heroes will be launching their Thetan Coin and Thetan Gem soon in Q3 and Q4 of this year. New modes will be launched the next year including streaming, co-op, and also a staking system for passive income.