$680 Million Raised By Sorare in a Series B Round 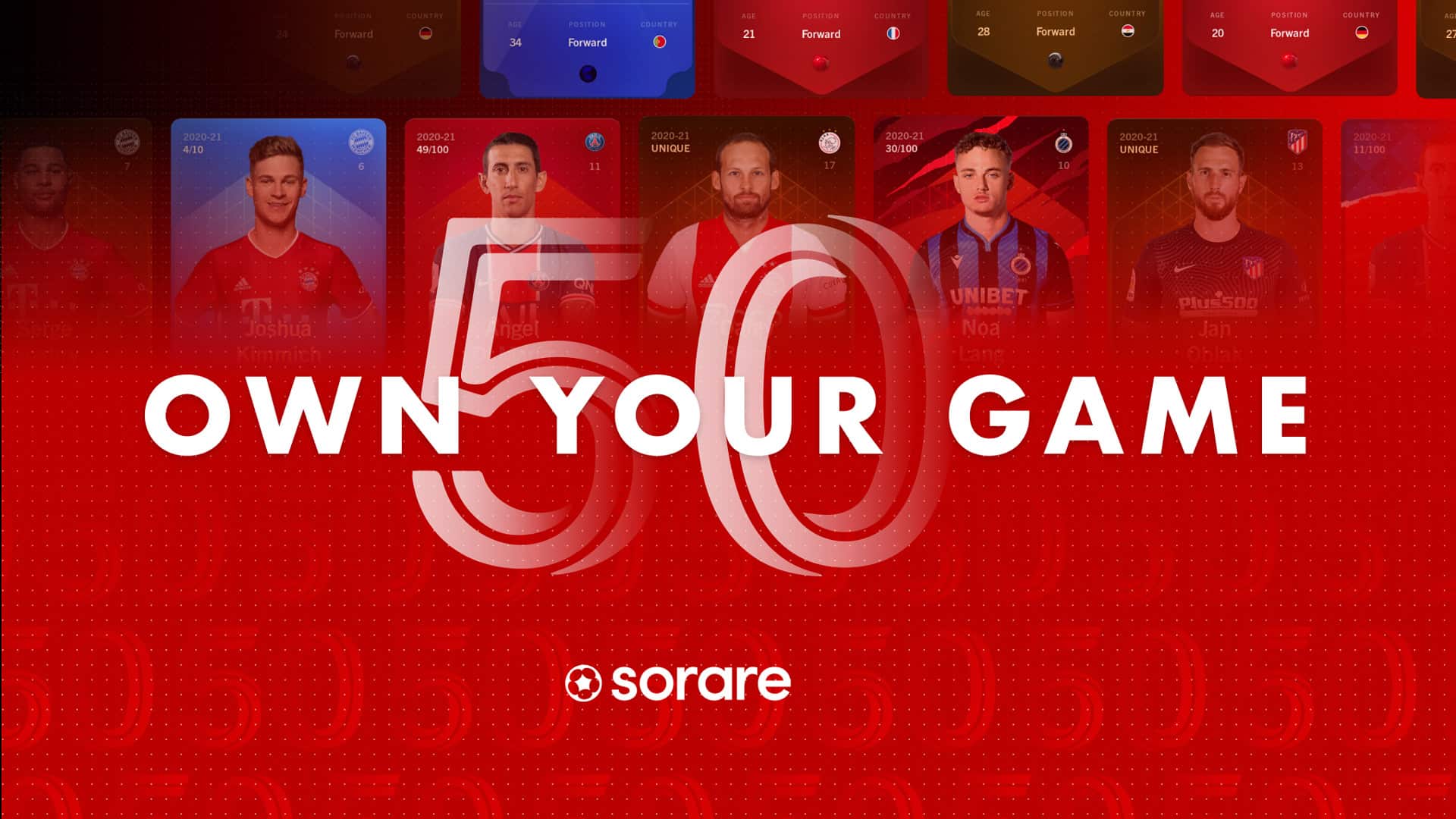 After raising $50 million for the Series A stage of their brainchild project with the help of investors like Benchmark and Accel as well as high rollers like Antoine Greizmann, Rio Ferdinand, and Gary Vaynerchuck, Sorare upped the ante and took things to a whole new level because they are dead set on expanding their game and community on a global scale.

For the Series B Round of their fundraising initiative and ambitious project to blend the trio of non-fungible tokens, rabid football fandom phenomena, and fantasy league competition, they raised a mind-boggling $680 million that will surely help them in their mission to push for mass adoption.

Thanks to the pledges and financial support of investors who bought the idea of Sorare’s pipedream of creating a wide and encompassing fantasy football enterprise that will launch the unlimited potential of NFTs during Series A fundraising, founder Nicolas Julia is proud to announce that they are making leaps and bounds in the upward trajectory and continuous development of Sorare.

They have utilized and maximized the funds that they have amassed from Series A to proliferate their early plans like growing their development team that has tripled its size since 2018 as well as signing a lucrative, five-year deal with La Liga which with over 50 national teams and football clubs to their name. More importantly, Sorare continued scaling its infrastructure on the Ethereum blockchain and at the same time reduced the adverse effects of its potentially massive carbon footprint.

Setting the Goal for a Big Score

Since Nicolas Julia laid out the plans and shared his vision to the international football fanbase alongside his co-founder and small team back in 2018, Sorare has grown exponentially over the course of three years. And now as of this date, more football players, clubs, and fans all over the world have made a deeper connection with the game they love because they found a new way to enjoy the sport thanks to Sorare’s introduction of its innovative NFT fantasy model.

Sorare has over 600,000 registered users as well as over 180 clubs and 6,000 licensed football players. But this is just the beginning because investors like what they are seeing and they are ready to open the purse strings and spread the wealth for Series B once again.

Spearheaded by SoftBank and backed by a strong contingent of companies like Atomico and D1 Capital, investors such as Accel and Partech as well as prominent individuals like Gerard Pique, Rio Ferdinand, and Reddit co-founder Alexis Ohanian, the fundraising drive for Series B is a resounding success.

Amassing $680 million in this record-breaking fundraising round, this is the largest ever in the entire continent of Europe for a Series B and the biggest so far in the history of French Tech. This astronomical amount of cash will definitely go a long way in proliferating and advancing the plans of Sorare and its entire development team for the future because they have big promises to keep and ambitious projections that must come to fruition in the years to come.

Things To Look Out For

First and foremost, Sorare is always searching for talented and skilled individuals to bolster their ranks and improve their development team from top to bottom. Next, they want to strengthen their lasting partnerships by bringing on board the top 20 football leagues as well as the top 50 national teams from around the globe. They are also working steadfastly on their marketing campaign to raise awareness and reach because they aim to release this fantasy football game on mobile devices to make it more accessible to people from all walks of life.

Last but certainly not least, Sorare has high hopes and lofty ambitions of expanding to other billion-dollar ventures like basketball and baseball and that is why they are thinking of releasing new sports by next year.

Aside from pushing through with their plans so that they can move forward in their roadmap and seed deck, Sorare certainly did not forget about their corporate social responsibility because they want to go back to their roots and give back to the public. They are planning to collaborate with community-driven initiatives and projects that will help young people in impoverished communities because they believe that football and other sports can help change their lives for the better in so many ways.

And just like how generous investors helped them from the ground up so that they can stand on their own two feet right now, Sorare also wants to give back and help small projects in the field of sports and gaming by getting them the much-needed funding and support that they need.

Finally, since female representation in different sports is at a subpar state because female athletes are undervalued, disrespected, and shunned to the sidelines, Sorare firmly believes that NFTs can be the golden ticket that will accelerate the appreciation for women’s sports and that is why they will actively invest in games and NFT fantasy for women’s football.