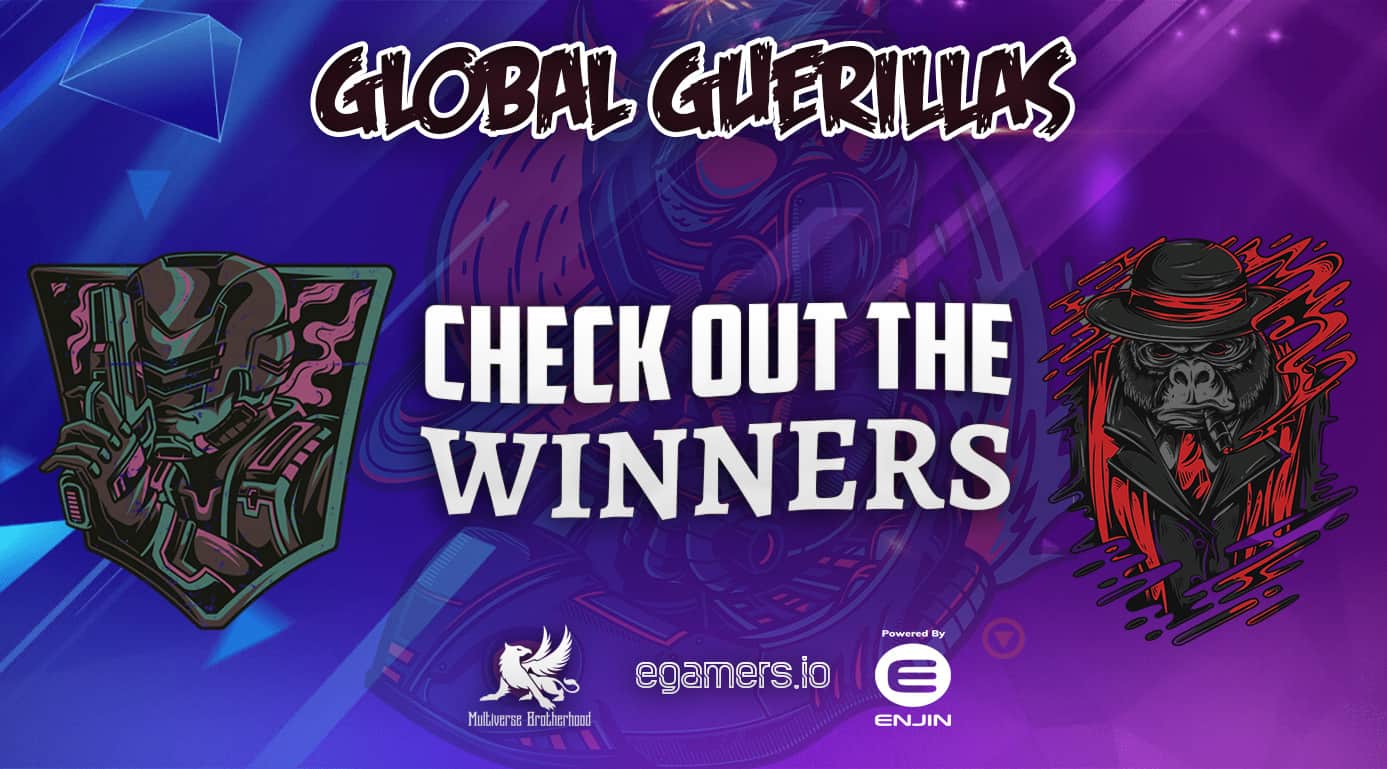 First things first, the Founders Mission was a great experience and we would like to thank each one of you for placing posters and spreading awareness around your area! We hope you guys enjoyed this as much as we did! Once again, you are the true adoption warriors!

We received submissions from 30+ Countries and more than 4,900 posters were placed! In this number, we don’t count some non-eligible pictures, so the total amount of posters is more than 5,000!

Kudos to all of our Investigators who helped a lot in our efforts to keep the game fair!

The winner’s list is available in the Multiverse Era Telegram Channel.

It was hard to choose between all those great pictures you guys posted, here are some of our favorites!

The Founders Mission is over but the fun never ends! You guys can join the rest missions of Global Guerillas, if you haven’t already, scan the QR using your Enjin Wallet. You will receive a random champion out of three (3) and carry on your mission on twitter for more great prizes!

There will be 2 separate Giveaways on Twitter in the upcoming days hosted by our friends, you will be able to claim a Nemesis T-shirt with an authenticity token powered by Enjin technology! The Nemesis T-shirt is not for sale and only 12 exist, we won’t ever produce others! Stay tuned in telegram for those giveaways!

Moreover, we are going to create an Enjin Beam QR with all the prizes left from the Investigators and Founders Mission.

The QR will be released in the eGamers Telegram Group and we will notify all Founders and Investigators via email one day prior with the exact time.