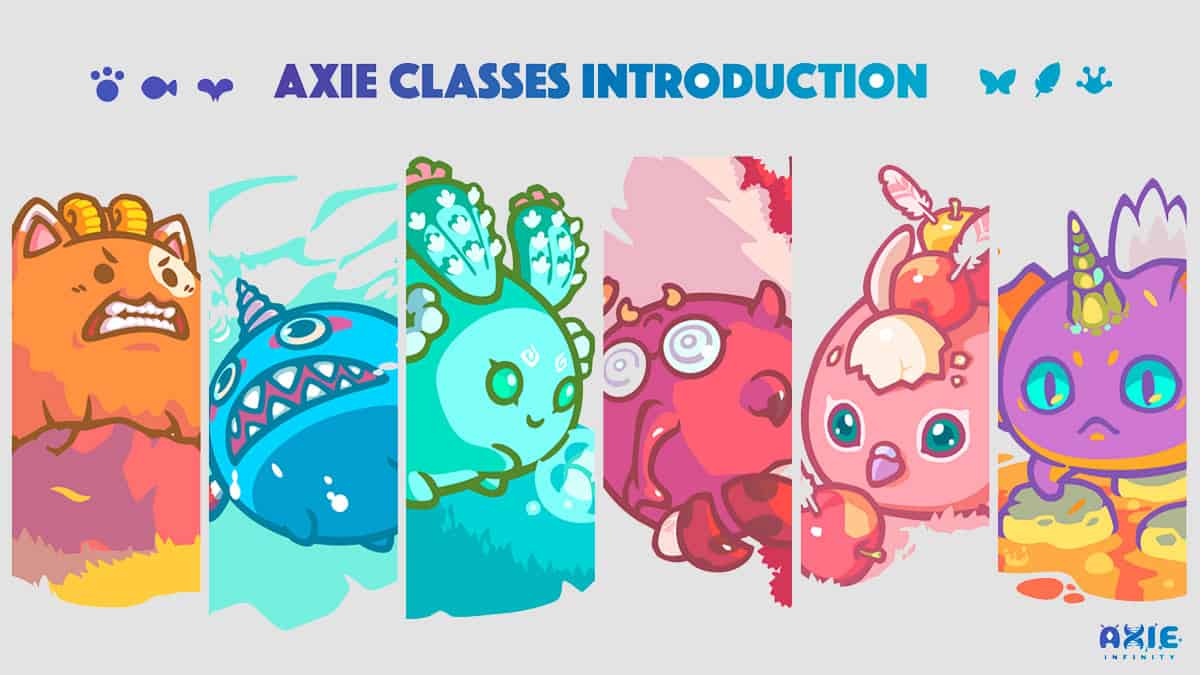 Do you miss the good old Tamagotchi days? Unless you have a time machine (please email me if so), Axie Infinity is here to fill that gap in your heart.

Axie Infinity takes a step further from the other blockchain collectible games by developing an amusing game with smart mechanics and wonderful graphics.

While the game runs on the Ethereum Blockchain, Axie Infinity has partnered with LOOM to take advantage of their SDK.

The game allows players to breed Axies, raise them like they were your pets, battle like a pro trainer, and sell them in the decentralized Marketplace.

Currently, the game is available in closed Beta phase for anyone who owns Origin Axies. The Beta runs on the Rinkeby Ethereum Test Network, and you will need a wallet like Metamask to play. The team will release an Open Beta on Rinkeby Test Network later this week.

Let’s talk about Axies, shall we?

Axies are the center of attention, those adorable little monsters are so cute, but you don’t want to piss them off. With more than 150 body parts to choose from, Axies can be the deadliest fantasy creatures you have ever encountered.

By completing quests, daily activities, and battling, your Axies will level up and evolve, while there are many elements to consider, you have to treat them with care if you want to succeed. Different Axies will respond best to different routines, so players need to be strategic when planning their Axie’s growth strategy.

It’s safe to say that all Axies are unique, speaking about appearance and statics, it’s really hard to find an identical one. As you can understand, there are thousands of combinations that make your Axie different compared to others.

The strength of an Axie depends on various statics. A major element to consider is body parts. For example, some parts will act as weapons giving you better chances to win against others. While body parts are important for winning battles, Axies also come with Health, Speed, Skill, and Morale. Also, there are melee and ranged attacks.

Axies live in 6×6 block homes called Terrariums. Based on the Axies placed in it, different bonuses will be available. Terrariums also can have special items inside.

In Terrarium Mode, a lot of possibilities are available. Players can bathe, feed, and put in sleep their Axies, just like an ordinary pet. There are more futures to come as the development continues.

Did you know that Axie Infinity has a community song? East Side? West Side? Doesn’t matter, Axie Gang is here.

Axies belong to the battle arena.

Long story short, you have to choose a team of 3 Axies, strategically placing them between 9 spots, with your ‘Tank’ in front and the ‘Killers’ behind, your ultimate goal is to win every battle. Axies with the highest speed will attack first.

One thing to consider is how you place your Axies based on their skills, for example, it would be a waste of power and probably a reason to lose a battle if your first Axie uses ‘Heal’ as it’s first to move, think about it, all your Axies have full HP. Things like this (and not only) distinguish the winners from the losers before the battle starts.

Battles come with interesting mechanics like Critical Hit, which deals double damage and Last stand where your Axie goes in frenzy mode right before it dies, just like that the outcome of a battle is hard to predict you never know what will happen until the last round.

Axie Infinity battles are role-playing, you don’t control your Axies. Instead, the system decides the winner (based on a fair algorithm) while you can watch the fight and have your conclusion. After every battle, your little creature will gain experience to level up your base stats or body parts.

Body parts arm your Axies with deadly battle moves, while Mouths, Tails, Backs, and Horns provide you with primary attack moves, Eyes and Ears, on the other hand, translates into passive abilities. Axies’ moves are more than just an Attack, Defense, and Accuracy stat. Many moves also have strong conditional effects, heals, or buffs depending on your teams’ Learn more about Battles.

Every Axie is born with variable genes meaning that each ‘body part’ is a result of its DNA stored on the blockchain. Axies also has a secret, hidden genes called recessives! Scientists are still doing experiments to figure out the secrets of these hidden genes.

Every Axie comes with a unique DNA stored on the Ethereum Blockchain, some of them have special genes that can pass to the next generation with the breeding procedure. Your favorite Axies can give birth to others to expand and empower your ‘family’.

There is also the possibility to date your Axie with others using the Mating Club, the Axies only Ashley Madison alternative. This feature comes with a fee paid in ETH.

Once your newborn Axie becomes available in the blockchain, you will receive it as an egg that will transform to its first stage of evolvement, Larvae. After two days by paying a small tax fee, it will become a petite Axie and later an Adult.

The more you breed an Axie, the weaker it becomes due to the EXP spent, if for example, you have a ‘Killer’ Axie, you might want to upgrade the body parts rather than breeding it. In the long run, this is the wisest choice.

If there is one thing I know for sure about Axie Infinity, developers are working around the clock to bring you the best possible experience. Within the next week, there will be a patch containing bug fixes as we are getting closer to the second phase of Beta.

The community offers a lot of feedback, which is not going unnoticed, developers work closely with the players, and the results are amazing. A new team selection UI is going to be available with much more to come.

Beta Phase 2 will contain a lot of bug fixes, a limit in battles that will set in 12 per hour while the EXP rewards will be approximately 60 for winning and 20 for each loose.

Axie infinity Developers are not only talented, but they are also passionate about what they do. Focused on bringing you an awesome blockchain game, they work day and night to achieve great things. Until today, we know that these awesome people are working for Axie Infinity.

Whether you are a fun of collectible games or not, you must admit that Axie Infinity goes a step beyond the basic crypto collectible concept with fun mechanics and wonderful graphics.

There are many elements to consider, like placing your Axies in the right spot, wisely choosing your body parts, and getting the right type of Axies to win your battles. It’s a game that needs a lot of attention, and it can greatly reward its players.

Axie Infinity’s guiding principle is that blockchain’s main application to gaming is that it allows for true ownership and easy transferability. Ideally, future blockchain games will be playable without people having any understanding of the technology powering it! We believe Axie Infinity will eventually be one of these games.