Beyond the Void AmbroCup #4 – Register Now 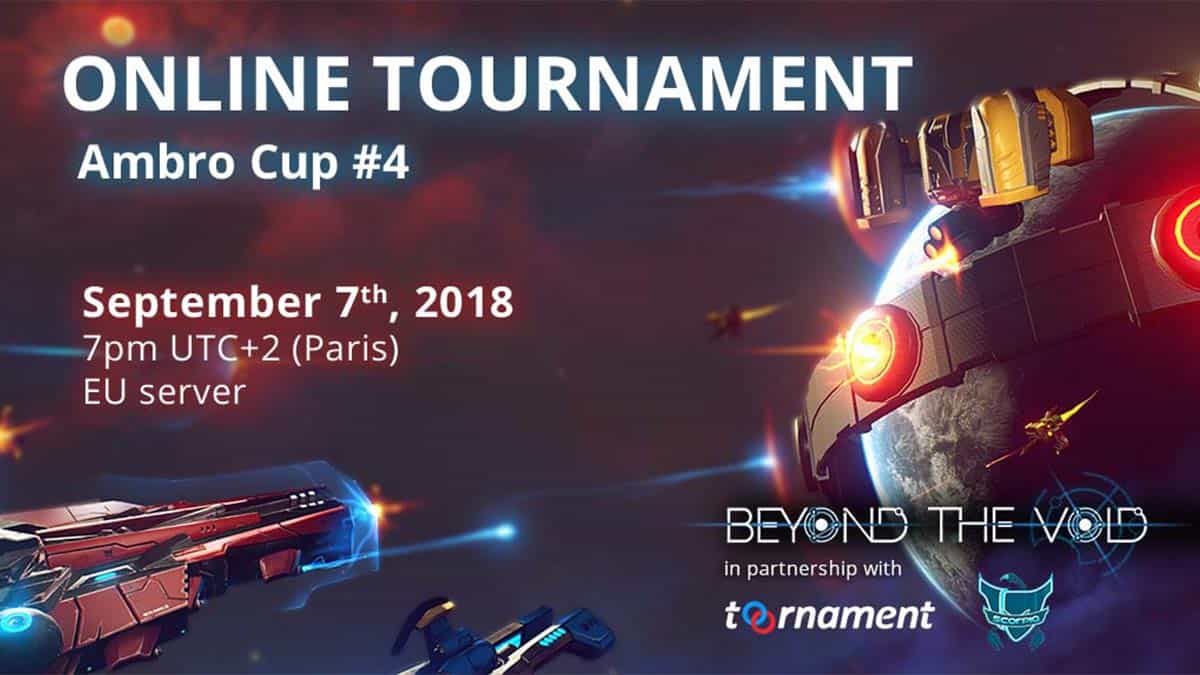 Registration for the AmbroCup#4 online tournament for Beyond the Void game is live!

Players can now register for the next online tournament for Beyond the Void game. It’s a F2P hybrid strategy game in space, with MOBA and RTS mechanics in 1vs1. Become the

Training Seasons with the Developers

All registered players will have access to 3 Training Sessions that will be organized with the Game Designer of Beyond the Void to teach the game’s ropes. They’ll take place in the vocal on Discord: on August 31, September 5, and September 7 at 1 pm-2 pm.

Use all the Skills

Just for this occasion, all skills will become available. Players will be able to try them all from August 29th until the day of the tournament. They’ll have the opportunity to design new strategies and play them during the match.

B2Expand, the developer of Beyond the Void game, will offer the following rewards: