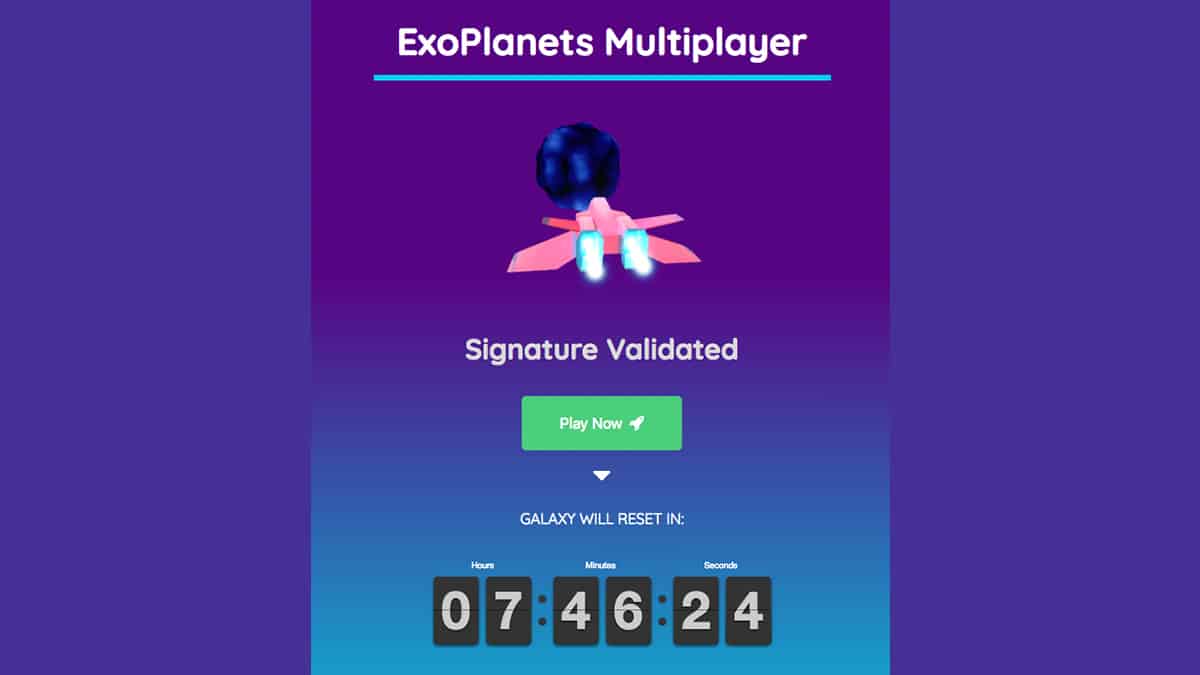 Exoplanets Beta Launch is here. The 3D blockchain game based on scientific data by NASA becomes the first real-time multiplayer game to play!

The game will contain 3700 ExoPlanets that players can own and play with. Nasa has confirmed over 3,735 Exoplanets – planets outside our Solar System, small planets are the most common, especially Super-Earths and Mini-Neptunes. A well-documented website with the most up to date information about ExoPlanets here.

Exoplanet, running on the Ethereum network, is now available to play, and gamers can mine in-game tokens.

The beta will enable ExoPlanets owners to play against each other in a race to mine as many resources as possible and then convert them to the ERC20 ExoTokens.

To play Exoplanets, you must own a planet and some ExoTokens. There are some available in the galactic market starting at around 0.4ETH.

Every 8 hours, the race restarts so players can get the most out of the game by mining the most resources possible before other players join.