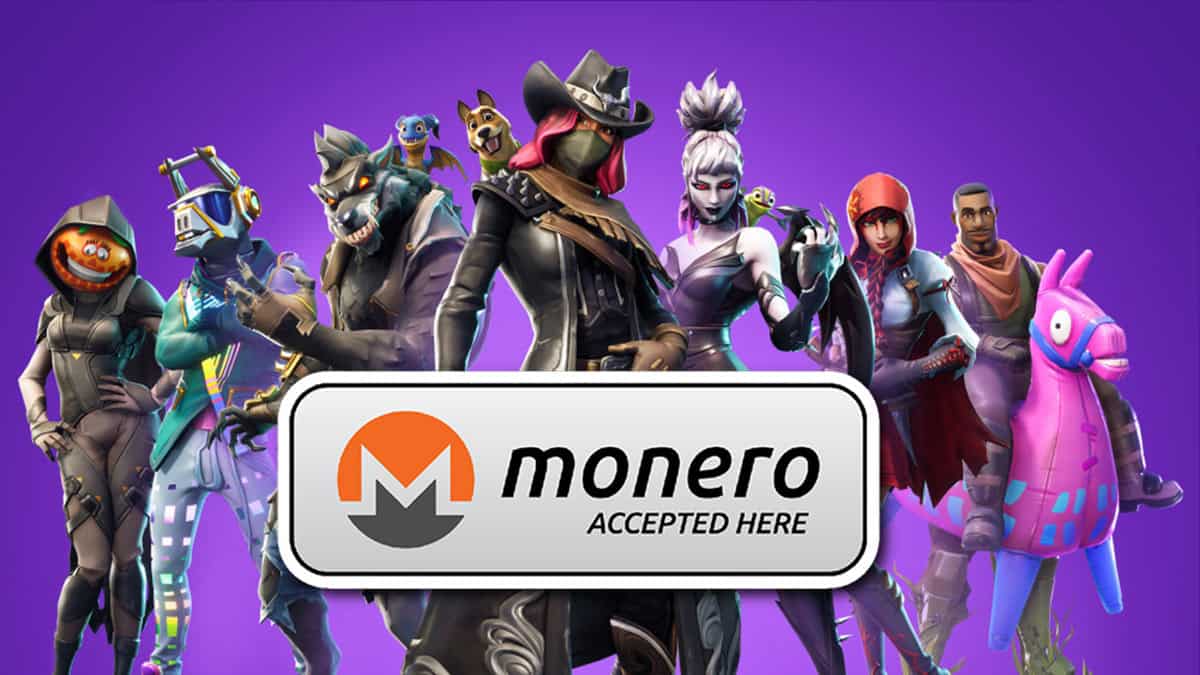 The Fortnite store goes Crypto by allowing users to purchase items with Monero. Fortnite, the phenomenon game that made the whole world go crazy about it, now officially accepting Monero for its recently launched merchandise store.

The Retail Row (Fortnites official store) allows some of the 125 million players to purchase branded apparel with fiat deposits and Monero as the first cryptocurrency supported.

The announcement came through Monero’s twitter, and both cryptocurrency and Fortnite communities welcomed the news.

Monero payments are processed by GloBee, a payment gateway for various major cryptocurrencies.

Paying with Crypto is easy, just like completing a regular checkout, as reposted by Riccardo Spagni, lead maintainer of Monero.

It’s a surprise that Epic Games chooses Monero instead of other popular cryptocurrencies like Bitcoin or Ethereum. In a question made to Riccardo Spagni around this, he replied that Epic Games appears to be interested in the crypto’s layer-two scaling solution because it offers privacy.

Epic Games is giving a privacy alternative payment method to players. The company itself, based on Fortnite’s great success, has been valued at over $15 billion in its latest funding round. They want to give users a privacy-preserving alternative.

Not that we are going to buy Fortnite merchandise with Monero right away, but it proves that cryptocurrencies are looking more and more ideal for the gaming sector. The big game studios will eventually implement them and provide a more player-friendly monetization model with true item ownership and chances to get-paid-to-play.

As a reminder, Ubisoft is already exploring methods to integrate blockchain technology in their titles by joining the Blockchain Gaming Alliance (BGA), and ATARI is launching two of their classic games on the blockchain.