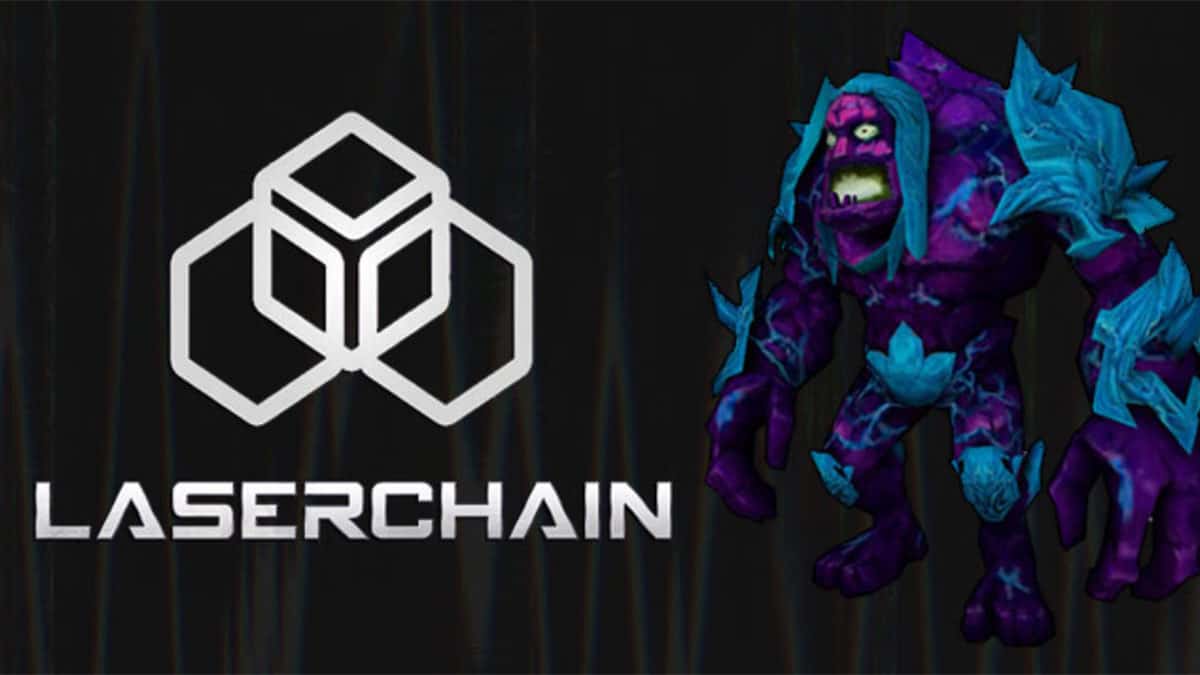 Laserchain is one of those games that deserve your attention. The concept is brilliant and constantly updated with new features.

Recently, the game completed the beta phase, and it is now publicly available through their website for PC/Mac and in Google Store for the Android version.

In terms of community, they have managed to gain hardcore members in a small period, despite the nature of the game, the whole community holds strong and united. An example of this is their telegram.

Today, Benjamin Taller, Lead Developer of Laserchain, honored our request for an interview. He was able to answer a couple of questions about the future of LaserChain and the current development process.

Benjamin has worked for giant companies in the Technology Industry, including Sony Interactive Entertainment and Zynga. He is also the founder of VR Worldwide, a software consultancy specializing in virtual reality development and training. For more information, you can visit Benjamin’s Linkedin profile.

Benjamin, thank you for accepting our request. The egamers.io team is actively playing LaserChain. As you can understand, it’s an honor to have you with us.

To begin with, tell us how you came up with the idea of LaserChain?

The idea came while discussing what makes a coin valuable. The idea was that these massive games generate billions of dollars of revenue per year. Entertainment is very emotional, but the money goes to the companies promoting them. We had the idea that we could decentralize this model with crypto. Players could benefit from this, too, by letting the hard currency be something they could negotiate between one another, allowing everyone to earn something playing.

I couldn’t agree more with you Benjamin, we all know how emotional we can get with a game, and there are billions to be spent. Why don’t you give us some background information about you and the rest of the development team?

My name is Benjamin Taller, and I have been a developer at many large game companies, several of them were social-focused. Tanya Iakovleva and I came up with this idea together. She is good at ideas and design. The other team members have been friends and colleagues over the years at various game companies and through various projects.

We can tell from your Telegram community that you guys are working hard to make LaserChain awesome. Here’s the next question for you. Why did you decide to use Waves Platform for your in-game economy?

WAVES is very fast, it is cheap to transact on, and it has a built-in exchange. I was wondering why more people didn’t use it for anything big. We decided that the tech is great, and someone should use it for something productive, so we built LaserChain on it.

Indeed Waves is a respectable blockchain platform with a bright future ahead. In terms of players, how many are playing Laserchan?

We currently have around 2000 signups with around 600 active players. It is a hardcore game with a passionate community. People love it. Come to check out our telegram!

Some of the players have outplayed us a couple of times, real strategical moves. Recently, the beta phase completed. What are your short-term expectations now that the game is officially released?

We are focusing on getting it on the major app stores and polishing/fixing bugs. There will be more features released shortly, like Centurions, item effects, and Engineering.

It’s great to see the development progressing so fast, with all those features in line, Are we going to see LaserChain listed on Steam?

Steam has already approved our game. It is undergoing binary review right now, but we expect it to be ready in a few days. Apple may or may not accept it, and we aren’t sure yet. Nobody has done this before, and new ground is always exciting and unpredictable.

Wow Benjamin, Steam, and App Store, are two major steps for LaserChain and every Blockchain Game. Can you tell us why you picked Unity Engine over others?

Unity is fantastic. It works well – on every platform – and has an amazing asset store that helped us build this game in record time.

Unity seems to be the most popular choice nowadays. Why don’t you share with us your long-term Goals for LaserChain?

We are hoping that within the next year, we vastly grow our user base, and we can entice some other exchanges to want to list the coin. The more people can trade, the more value the players can get from the laser they earn. This value will only come with community growth, so we are actively growing our community. If any influencers want to get in touch, please send us a message.

Listing the Laser Token in exchanges besides the Waves Dex seems like a necessary step to accelerate the in-game economy and provide liquidity. Since we talk about crypto, how do you believe cryptocurrency is going to disturb/evolve Gaming Industry?

Cryptocurrency is amazing. People don’t need to fill out forms, do credit checks, or go through intermediary companies to transfer and store value. There are no chargebacks and very few malicious transactions. This usability is the future. As people make it easier and easier to use, we will see it everywhere.

You made some fair points, Benjamin, what would you like to say to the LaserChain Community?

A big huge thank you, we wouldn’t be where we are without you. A big shout out for the top players: Funhash, Lovecrime, Carrot, Stilllight, and everyone else that fought to hold the top position during the beta phase. You all lost so much and gained so much. It was great fun for everyone!

Thank you so much for the interview, and we’ll see you in battle!

Somewhere here, like all the good things in life, this interview came to an end. We would like to thank Benjamin Taller for allowing us to conduct this interview.

LaserChain is a game that every blockchain player should try. Get your account and who knows, we might ally together, or not.