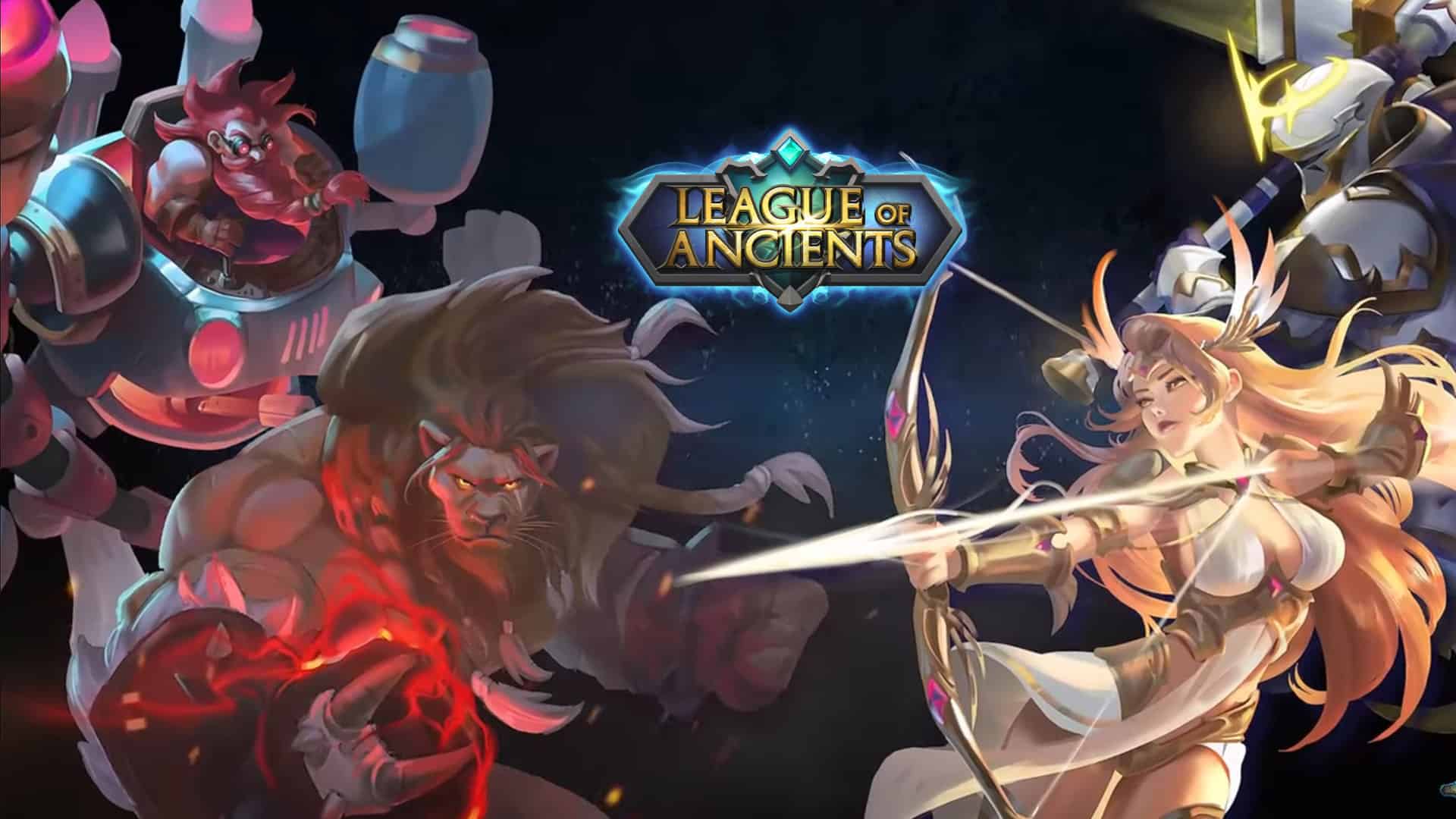 The inspiration came from the well-known MOBA games, as we mentioned above. The logo and the upcoming game’s name are all familiar to us throughout our experience with League of Legends.

Here you can find the lore of LOA.

Introduction To League of Ancients

League of Ancients (LOA) is a MOBA NFT-game that focuses on the free-to-play and play-to-earn mechanics to create a thriving economy where players can profit from their time spent and digital assets.

LOA’s has a zero-barrier entry model where anyone can play and progress in the game with no upfront costs required.

Today, playing MOBA games offers nothing except having fun. This project is betting into a genre with a player base of over 250 million worldwide.

99.99% of the existing global player base has no income from playing. Changes are on their way, and opportunities will appear for regular gamers to make money through playing.

The vision is to create a stable and evolving blockchain game whose community will always be active and provide equal opportunities to earn assets while having fun.

The Roadmap of the game consists of some exciting developments that some are in progress and others will come in the future.

The game has started by selling NFTs and its token, while the gameplay will be ready in Q4 2022. Earlier next year, the marketplace, staking, and yield farming are expected to arrive. An early beta won’t come before the summer of 2022.

The Team of League of Ancients

The team of League of Ancients contains nine diverse individuals working together to create the best MOBA play-to-earn game.

The Linkedin profiles are public, and they host various Youtube sessions discussing the game updates.

Like every MOBA game, ten players compete in a 5v5 match, and the main objective is to destroy the enemy’s base.

The map has two sides, the Luminous and the Dark Souls. Each side has a lane that leads to the enemy base guarded by towers and waves of minions. The battlefield is enormous and is focused on controlling lanes.

In the middle of each lane, there is the jungle and a river. Players can use them to navigate faster throughout the match and kill monsters that belong there.

Continuing our League of Ancients Review, the game will have three game modes that reward players with the in-game currency after completing each match.

The three game modes are:

The in-game currency will be a BEP-20 (Binance Smart Chain) Token called LOA with a 1 billion total supply.

LOA can be earned by winning matches on the 5v5 scale. Of course, NFT matches will award players higher in-game currency compared to normal matches.

Players can have a higher earning potential based on the rarity of the skin they use on their hero, while the higher the participation, the bigger the rewards.

It’s worth mentioning that only 25% of the token supply (250M) is available for the players to earn. This is a comparatively small amount in contrast to other blockchain games. 150M tokens are reserved for staking and 80M for NFT Staking.

The Skins rarities are the following with the earnings multiplier.

Every player starts the game by choosing a hero. Each hero has one passive and three active skills.

Equipment can be purchased in-game to make your hero more robust and less vulnerable. Equipment is purchased with in-game gold earned inside the game.

There are six primary equipment attributes – Physical damage, Magical damage, Defense, Movement, Jungle, and Support. Each equipment category has different tiers, whereby Tier 1 is the lowest, and Tier 3 is the highest. Players can obtain higher-tier equipment by purchasing it directly or combining lower-tier items.

We hope you like our League Of Ancients Review. We will keep you posted for more news.

League of Ancients is a relatively new project. Even though the developers are doing Youtube videos with their faces and their linkedin profiles are public, you should be extra careful if you decide to invest in this game. eGamers.io is not affiliated with the League of Ancients in any way, always do your own research and never spend more than you can afford to loose. We are not responsible for your actions.

We will be keeping an eye out on LOA and keep you posted.

You can find more information in the whitepaper.