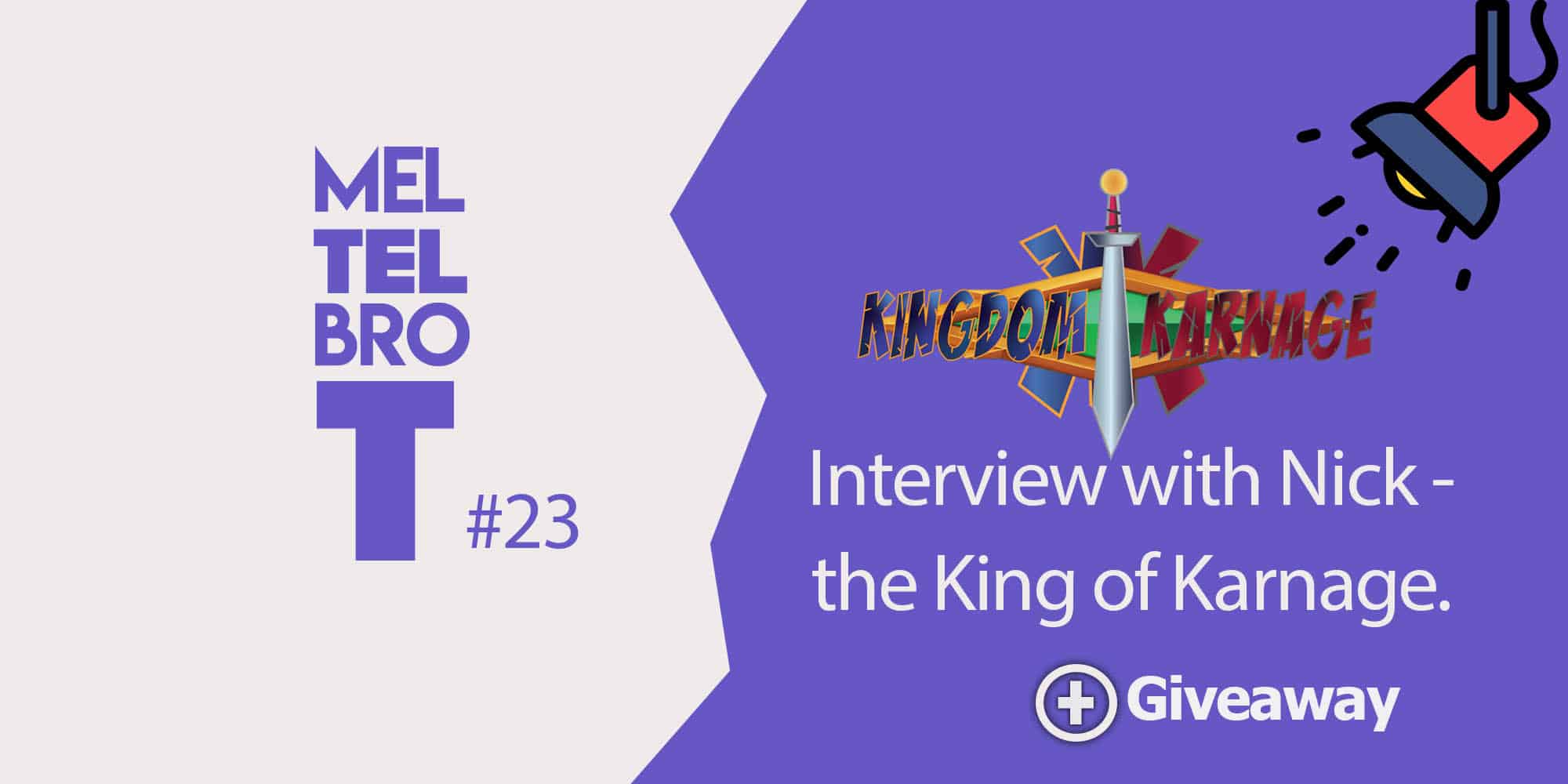 Today I’m chatting with Nick of Kepithor Studios, who are currently in development of their new trading card based game – Kingdom Karnage. Some of you may have seen these guys around on Telegram, and that’s because they’re a new adopter of the Enjin Blockchain Gaming Solution. They’ve already gifted us with their MFT (Multiverse Founders Token), but with a presale about to hit our plates, Nick has kindly taken some time out to chat all things Karnage.

Again let’s get the formalities out of the way. Meltelbrot & eGamers are giving away 10 of their tokens for those that answer questions correctly on the eGamers telegram page this Friday 21:00 GMT+2. Also another 5 newcomer tokens will be given out courtesy of the rampaging viking. Make sure you join to get involved and stay tuned for competition details!

Hi Nick, thanks for chatting, first I’ll disclaim I’m a proud owner of your MFT, so I’m looking forward to finding out more on your presale. I love a good presale. But before we get started on that, as always I like to ask – what’s your background in gaming and game development?

I’ve been an avid gamer for 30 years, playing everything from Chuckie Egg as a child to the big MMOs of today. I first started getting into coding as a teenager making missions on Command Conquer Map Builder back in the late 90’s. Many years later looking for a career change and tired of games with pay to win and mechanics that could be improved I decided it was time to start making games myself.

So your new game Kingdom Karnage, is it the first from your studio?

It is the first official game yes, there has been a text based web game, and a couple of simple mobile games, created to test the processes of going from development to release prior to carrying on with the production of Kingdom Karnage.

How did you find out about Enjin? And what is it that attracted your studio to use its platform?

I was researching different monetization methods trying to avoid putting adverts into games. Once I read about Enjin I knew straight away that it was the future of gaming. The partnership with unity was the icing on the cake.

As described on your website, Kingdom Karnage is a free to play Trading Card Game with animated turn based combat and blockchain items. On the surface this sounds a little like War of Crypto. I’m probably off the mark, so can you give us a heads up on the gameplay and its use of Enjin’s blockchain solution?

Kingdom Karnage is played by collecting cards, selecting your deck of 30, and dueling it out in PvE and PvP. Playing a card spawns an animated character on the battlefield. Different cards have different abilities and stats allowing for multitudes of tactical decisions, and all cards can be levelled up by collecting more cards. With this variety comes the desire to trade cards with other players and there is no better way to integrate trading within a game than through the blockchain. Players will be able to directly trade cards or even rent them out on a temporary basis.

One really cool thing I liked about the gameplay was the play for keeps mode. Reminds me of playing marbles, yup I’m that old 😉 Nevertheless even in marbles, playing for keeps was a part of the thrill! But for those that don’t know how to play Kingdom Karnage, can they learn without losing?

That is exactly where the inspiration for Keeps came from, the most competitive form of marbles played in the playground when we were kids. When first playing Kingdom Karnage you will be prompted to play against the computer in campaigns to learn the basics and gather some cards. You will need to play against the computer until you have a full deck of 30 cards before you can play PvP. Once you have a full deck you will be able to play casual matches whilst you learn or dive straight into Ranked Matches and the thriller Keeps.

Out of interest, why the name Kingdom Karnage? Is there a story or lore behind it?

The storyline is currently in very early development, there is no pre existing story being drawn from, so you’ll have to wait and see.

A presale is coming up so it’ll be cool to see the story expand. But before we find out about the new items on offer, just quickly, what can current MFT holders expect from the presale, and future? I noticed the token itself, Pioneer, speaks of perpetual rewards.

The presale and the MFT are not linked directly. Kingdom Karnage MFT holders will have the limited edition character the Pioneer in game. The perpetual rewards will come in the form of airdrops, and in game items, some of which will be created exclusively for MFT holders. More details will be released as more atwork gets completed.

So the presale is open 25 April 14:00 UTC, and I love the style of your characters. Reminds me a little of Forest Knight in their dimensions. For us wanting to get involved, and I’m sure there’s plenty, what are the sets of collectibles on offer? and how can gamers use them within Kingdom Karnage?

The artist will be especially pleased to hear you love the style of the characters, she is very talented. The presale features the Wyden, the first legendary card of Kingdom Karnage, which has immense power over standard cards and grants players access to an exclusive tournament, with thrilling concepts and Enjin Coin to be won.

Every chest will either contain a Wyden, a dungeon key or an early access token. The catacombs key unlocks a daily multiplayer dungeon, there will only ever be 5,000 in circulation and the lucky holder will be able to charge others to join them in accessing the dungeon or similarly rent out the key for the day.

Every item in Kingdom Karnage will be trade enabled.

What’s your favourite character? And why?

Right now, definitely the Wyden, the tournament is just too exciting. We will work hard to bring new characters that equal the Wyden in excitement.

Back to the MFT, as I love these pioneering tokens – sorry can’t help myself;) Anyways, it says that there’s the possibility of Kingdom Karnage assets being included in the Enjin multiverse ecosystem. Can we expect presale items to offer multiverse potential?

Not at this time. The number 1 goal with Kingdom Karnage is to create a fun and competitive game. After release you will not be able to purchase cards of Epic or Legendary rarity other than from other players. You will have to compete in tournaments and ladders to acquire the best items. We believe multiverse items should fall into this category, and will make the majority of them available through playing the game at a competitive level rather than with money.

Have you guys been chatting to other multiverse devs? What’s the support like for newcomers? I remember The Six Dragons spoke highly of the overall kinship when they adopted.

All of the Early Adopters are very helpful, sharing knowledge, ideas and taking the time to help each other out. This cohesion is fantastic and is already leading to Kingdom Karnage being in talks with other devs about adding our own multiverse items which will be compatible with other games on an individual or grouped partnership basis.

I’ve also found that not only developers are helping out too, but heaps of positive peeps in the community itself, like Legacy555 helping organising this interview. Personally, this is the first online community I’ve had the pleasure of hanging with since early Nelly Furtado days ha! But it seems really honest and helpful. How are you finding it?

The vast majority of people I have spoken with are positive helpful people, keen to band together and help however they can, it’s refreshing to meet so many positive people. At Kepithor Studios we believe that Enjin Coin and Blockchain Gaming is the future. An opinion we hope is shared by all.

Cool, well I think I’ve exhausted my q’s for now, is there anything else you’d like to share with the readership?

Our aim is to make something fun to play and equally competitive, with new features that other games may not have tried. So if you have ideas for characters, abilities, or tournaments that you think the community might like, please contact me by email: admin@kepithorstudios.com or on telegram @Kepithor

Awesome! I’m sure you’ll be receiving heaps of ideas from the Enjin creatives of the community! Again thank you for taking the time out Nick, it’s great that you share your insights when you must be busy as. Best of luck! I’m sure the army is in waiting. If peeps want to find out more about the next presale of ERC1155 assets, make sure you click the channels of interest below. I definitely recommend The Kingdom Karnage website if you want to know more, as it’s very comprehensive and well worth the visit. Also, don’t forget to join eGamers telegram for your chance to win an eGamers/Meltelbrot token. Thanks for reading and Melt out!

Meltelbrot Links Below – Keep on point!

Please note, this series is not an endorsement for any project. I do not get paid from the interviewees and it is not advice, or shilling of a project. It is just an article platform for Enjineers and Enjenpreneurs to speak openly about what they are doing within the Enjin Ecosystem. As with everything – DYOR. 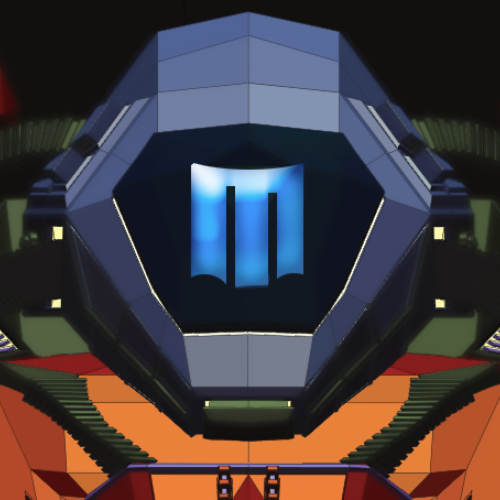