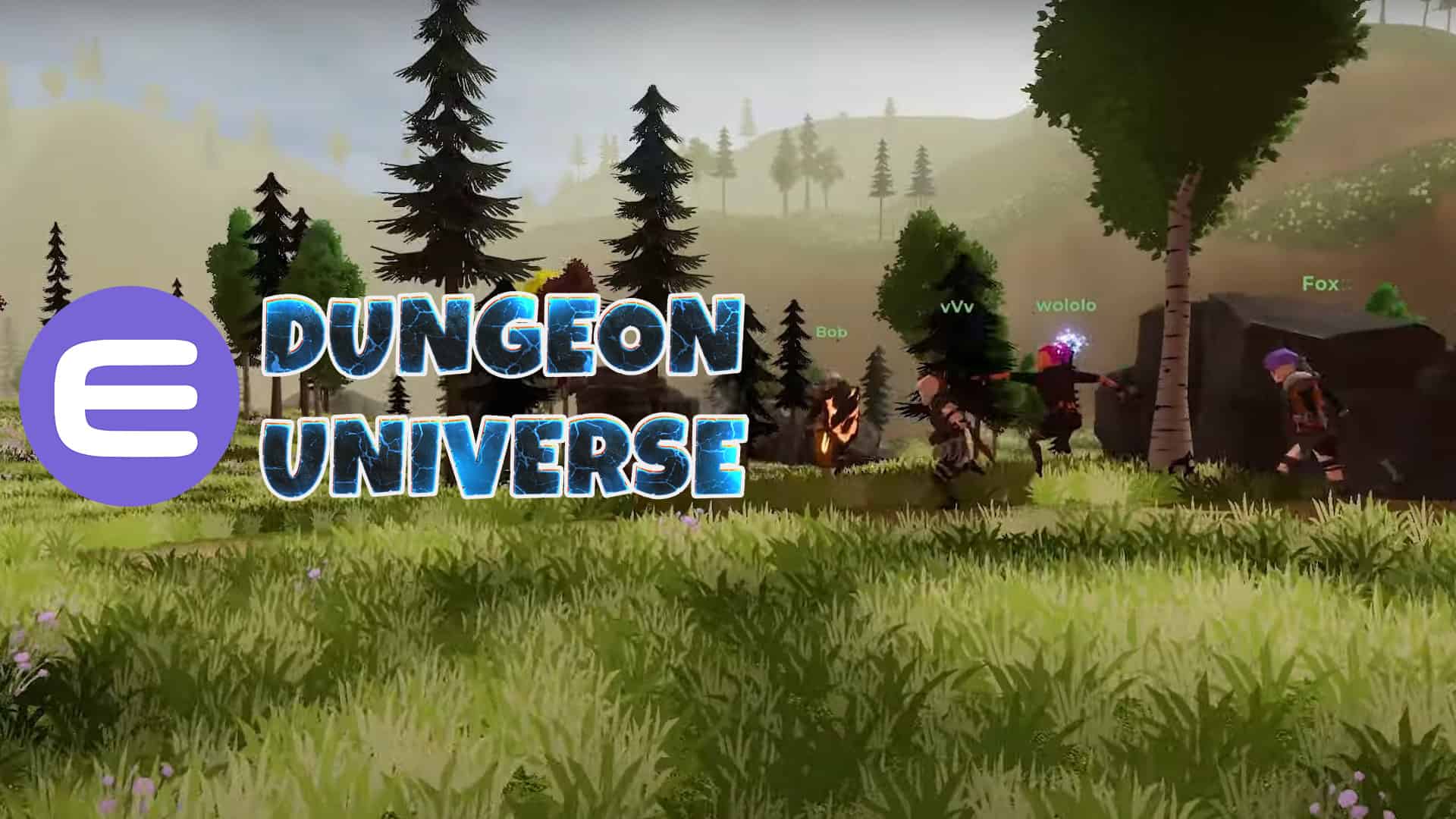 The game is projected for release in the last quarter of 2021, with the developers being optimistic and excited for a smooth and bug-free alpha test that will make it soon enough.

Built on the sturdy, reliable, and impressive foundation of the Enjin platform that hosts triple-A play-to-earn titles such as The Six Dragons, 9Lives Arena, and Age of Rust, Dungeon Universe is an open world MMORPG that blends innovative blockchain technology with the old school goodness of hack and slash games.

This killer combo will surely light a fire under the seat of players who will now grind for hours due to the lure of rare item drops, legendary weapons and armor sets, and a whole array of other collectible rewards.

Every aspect of the entire game will be highly influenced by blockchain innovations and decentralized finance technology that reward players with utility coins and non-fungible tokens in the form of in-game loot with actual value in the real world.

Just like in classic role-playing games such as Diablo and Neverwinter Nights, Dungeon Universe features an endless war against dangerous monsters and gargantuan world bosses in diverse dungeons across the world of Arania. But aside from grinding in player versus monster quests that can be repetitive and monotonous after some time, players can also put their sharpened skills to the test against other people in guild raids, arena battles, and mythic tower runs.

Every aspect of Dungeon Universe is backed by blockchain technology that rewards users for their time and effort in playing the game. Players will be rewarded with different NFTs like weapons and armor, rare item recipes, and pets that will accompany them on difficult journeys and dangerous missions.

This is just the tip of the iceberg. The game developers are continuously looking for areas of improvement because they want to add more game modes to reward their players for every activity they do inside the Dungeon Universe.

Aside from boosting their stats, increasing their attack and defense, and giving them fantastic aesthetics and special effects, every blockchain item or NFT that they find and own in the game can be sold and exchanged for real-world value.

Furthermore, in their desire to provide users the chance to exercise their creativity and produce player-generated content, Dungeon Universe also has a multitude of vast and expansive areas where gamers can claim land, build their cities, show off their creations as well as stake their investments for massive returns.

There are only three character classes, namely Fighter, Scout, and Wizard. Still, just like in the retro RPGs of old, there will surely be other professions available in the future when they release expansion packs, patches, and updates.