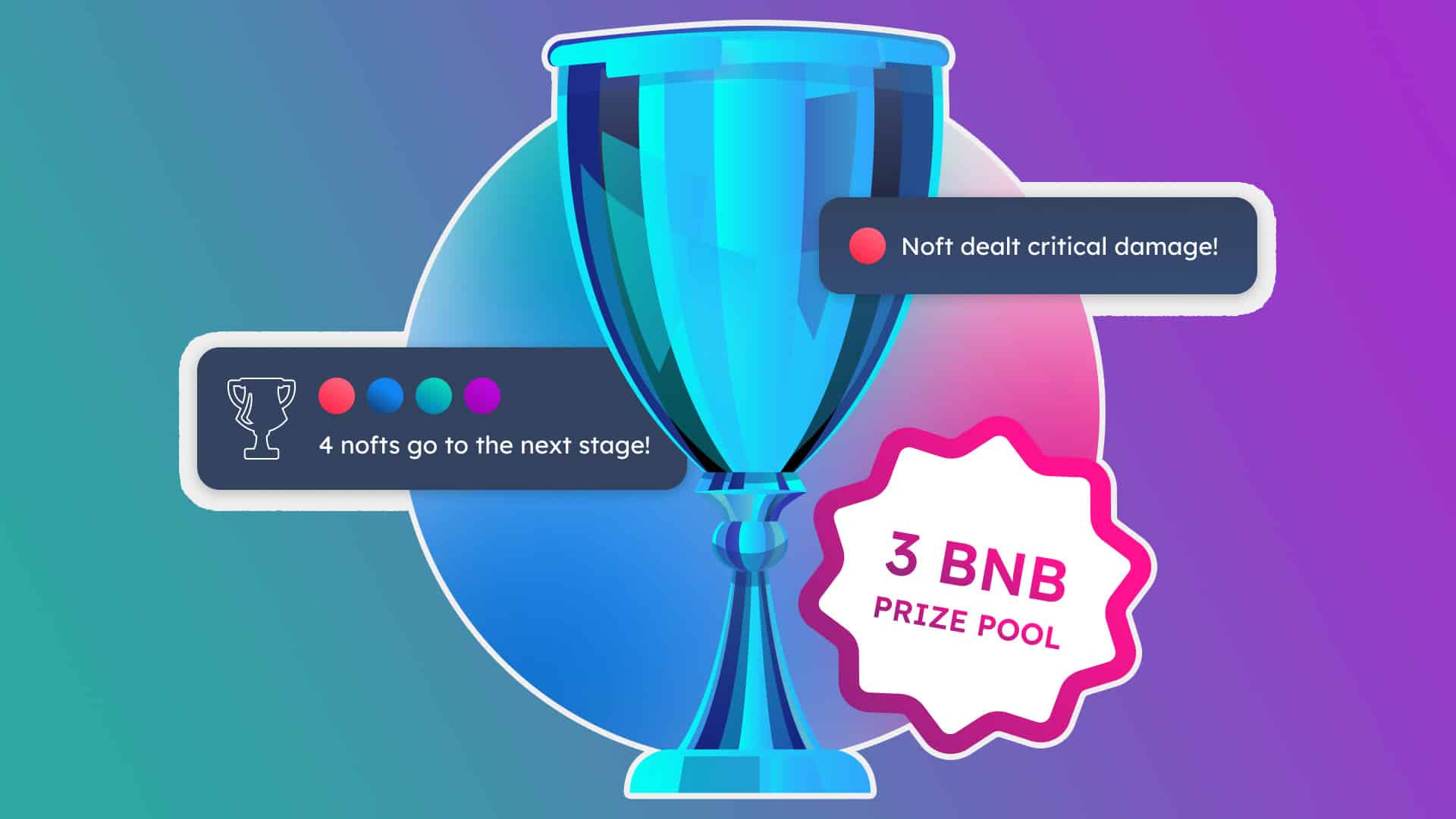 This is a sponsored story by Noft Games.

The latest NFT game that allows you to own character (also known as Noft) which have a unique appearance and genome to earn BNB in every match.’

E-gaming involving blockchain technology and cryptocurrencies (NFTs) has just been taken to another level with the ground-breaking launch of NOFT GAMES CUP 2021.

Noft Games is a cosmic battle-royal show, where you get characters, enjoy their battles, and trade them. Fantastic creatures named Nofts will fight among themselves to survive. Using blockchain technology, Noft Games create a new kind of competition which is exciting and gambling.

The winners earn prizes of real value: BNB and the special level-up cards, which can help you to win next cup. You already can join the cup in Noft Games Discord.

As Non-fungible tokens are called NFTs, the fantastic characters in the game are also simply referred to as Nofts. Each Noft has a unique genome that defines its appearance and abilities.

Genome defines how characters behave in a match and how his experience level grows. During the match, the Noft gains experience, which also ensures the growth of characteristics.

Binance Smart Chain smart contracts generate Noft from over 1M phenotypes and over 2.5B genotypes. So, there are many different types of characters of your choice in the Noft marketplace that you can choose from, to engage in the battle and get rewarded.

Noft characters are now open for pre-sale with 50% off sale for all of the actual price of the Nofts. There is an already launched Beta release, where you can test your Nofts in a battle

However, an important point to be noted is that ‘Win or lose’ in the match depends only on the Noft strength abilities and chosen strategy.

Noft Games plan to release BEP-20 token in the near future in order to provide fully support of play-to-earn mechanics. With the BEP-20, it will also increase the possibility for players to buy Nofts, equipment, maps and make betting more easily.

Disclaimer: This is a sponsored story. Although we verify each project, you have to do your own research. We are not responsible for the outcome of your actions. The views expressed in this article are not ours.