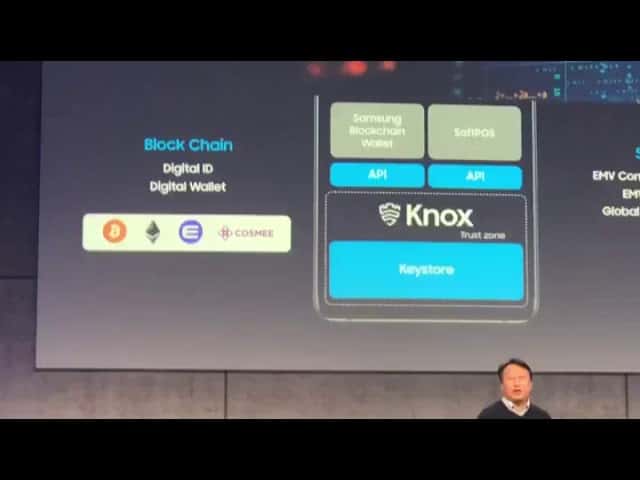 The rumor says that Samsung, a leading smartphone manufacturer will ship it’s newest flagship smartphone, the S10 with Enjin Wallet in it.

During the Samsung’s Mobile Business Development Summit we saw Enjin’s logo as a partner with the popular Korean Company.

Samsung announced to support Enjin Coin, an Ethereum-based digital currency for gamers that was founded in South Korea while they also said about supporting contactless payments using crypto.

The Galaxy S10 will include blockchain key store feature and everything seems that Enjin Wallet will be the chosen one for this great mass adoption move as the last model, S9 sold over 31 Million phones.

Let’s take a look at some facts that happened the last days.

Samsung added Enjin Wallet to the Galaxy store 5 days ago.

The unconfirmed rumors have taken over the cryptocurrency websites, if this turns out to be real, we are talking for a huge mass adoption step from Enjin Coin.

This will not only attract users to the cryptocurrency world but it will also help to spread the Gaming Multiverse powered by Enjin Coin.

This is a sponsored article. While eGamers.io has verified the legitimacy of the project, we do not endorse the views expressed or the products/services...
00:31:13