The Six Dragons Goes JumpNet, Lead to Changes in Yield Farming and Tokenomics 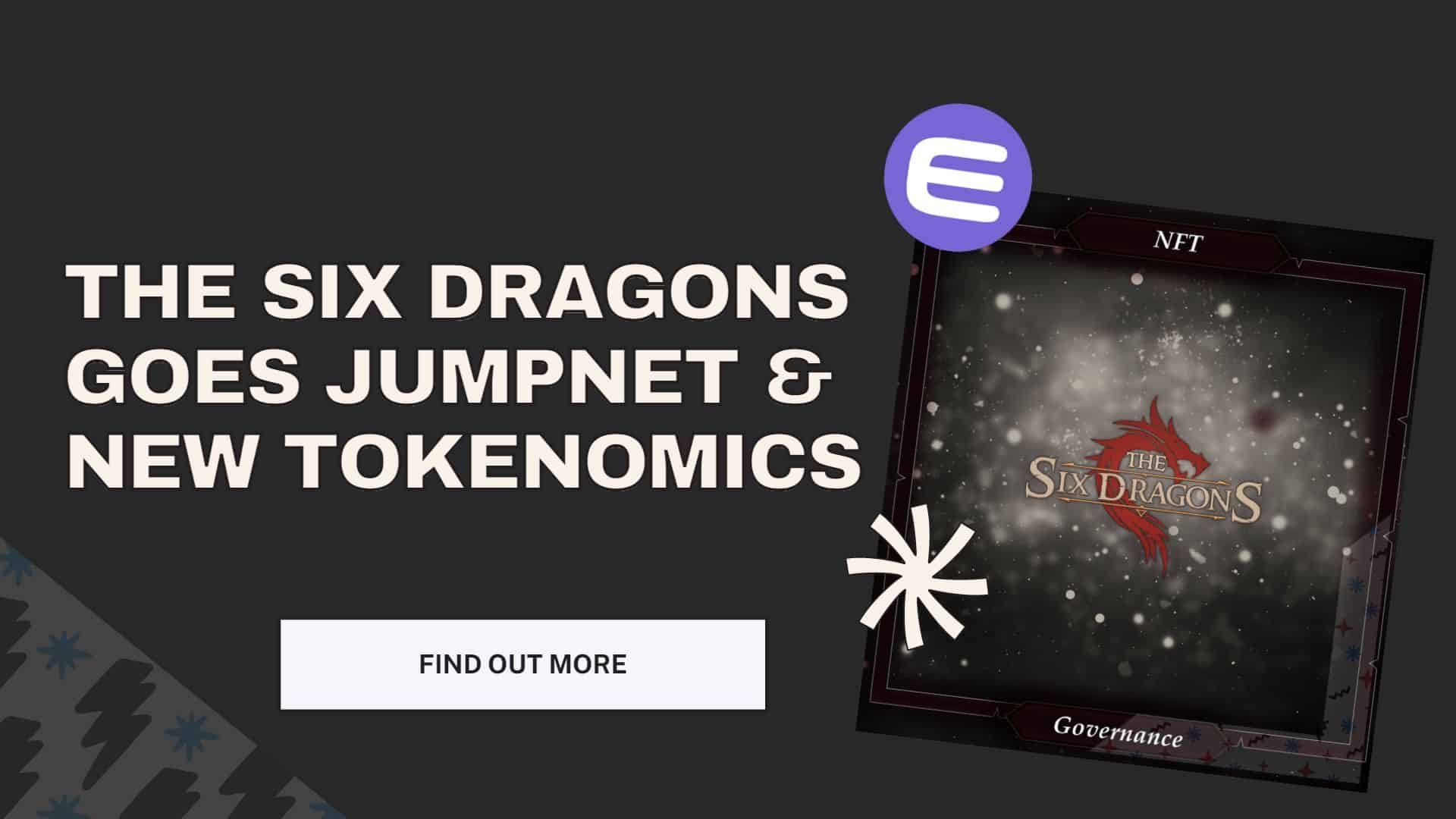 In a class of its own as the first open-world, a role-playing game built on the foundation of the powerful Ethereum blockchain, The Six Dragons have been amassing a huge following of loyal players and their strong community is a living and breathing testament that blockchain technology and the utilization of coins and NFTs is indeed the future of video games. The play-to-earn aspect really entices players to spend more time in the game, collect as many tokens and rare NFTs as they can as well as engage and interact with other people because they have true ownership of all their in-game possessions.

Aside from staking options and a yield farm system, The Six Dragons also have their own governing body where players can voice out their opinions, vote on important matters, and ultimately influence the future development of the game.

With that said, it is only logical to step on the gas pedal, take things up a notch, and press forward for the improvement of the game. That is why the game developers decided to take the timely transition to JumpNet because this will give them the proper scaling solutions that are simply not possible with Ethereum due to highly expensive gas fees.

For grizzled veterans and seasoned players of the game, their accounts will be automatically transferred to JumpNet and they will have to link their Enjin wallet again for security reasons. As for new players just joining the fun, they will be registered to JumpNet directly and all in-game blockchain services like crafting, enchanting as well as coin and NFT trading will be hosted on JumpNet from now on.

Governors Having a Ball

Thanks to the successful implementation of JumpNet, the team can now push through with their plans of launching Governance NFTs and introducing them to the community. A new wallet called the Governors’ Public Wallet or GPW will be created and all the fees that are generated from the interactions of players within the game will be collected there.

From the coffers of the GPW, the fees will be distributed to the personal wallets of Governors based on the number of Governor NFTs that they hold and while they plan on distributing the said fees on a weekly basis, there are talks of doing it daily as the game grows and progresses with each passing day.

On top of this, there is a pleasant surprise for Governors of The Six Dragons because there are two, new tokens introduced to the game which will be deposited daily to the Governors’ Public Wallet. gTSDT will primarily be used as a liquidity tool for the aforementioned Governance NFTs which will allow players and investors to turn 1 Governance NFT to 5,000 gTSDT and vice versa. On the other hand, eTSDT will be used for item exchanges within the game and more details will be released regarding its utility in due time.

A Look Into the Tokenomics

In order to retain majority shares and maintain their voting power, the development team elected to hold 22% of the total Governor NFTs supply and they will utilize these funds for strategic partnerships in the foreseeable future. Moving forward, the team NFTs will be treated as Governance NFTs in all aspects, and Governance NFTs will not be sold directly in the shop from now on. Players will now receive these NFTs from TSDT purchases, RNG item sales from the shop as well as TSDT yield farming for the Governors.

Aside from these changes in the in-game economy and tokenomics, the Blacksmiths’ service will be reset as well and players can relist their recipes for free, considering that all listings are pointing towards Mainet users. But players should take note that the TSDT to JENJ ratio is currently at 100:1 therefore they need to adjust accordingly and convert their fees to x100.

Moving forward after these major changes and developments, the whole team is excited for the future because they aim to have the game released on the biggest platforms available so that they can widen their scope and reach. With their official partnership with Sony finally sealed, The Six Dragons are ready to soar high and touch the sky.