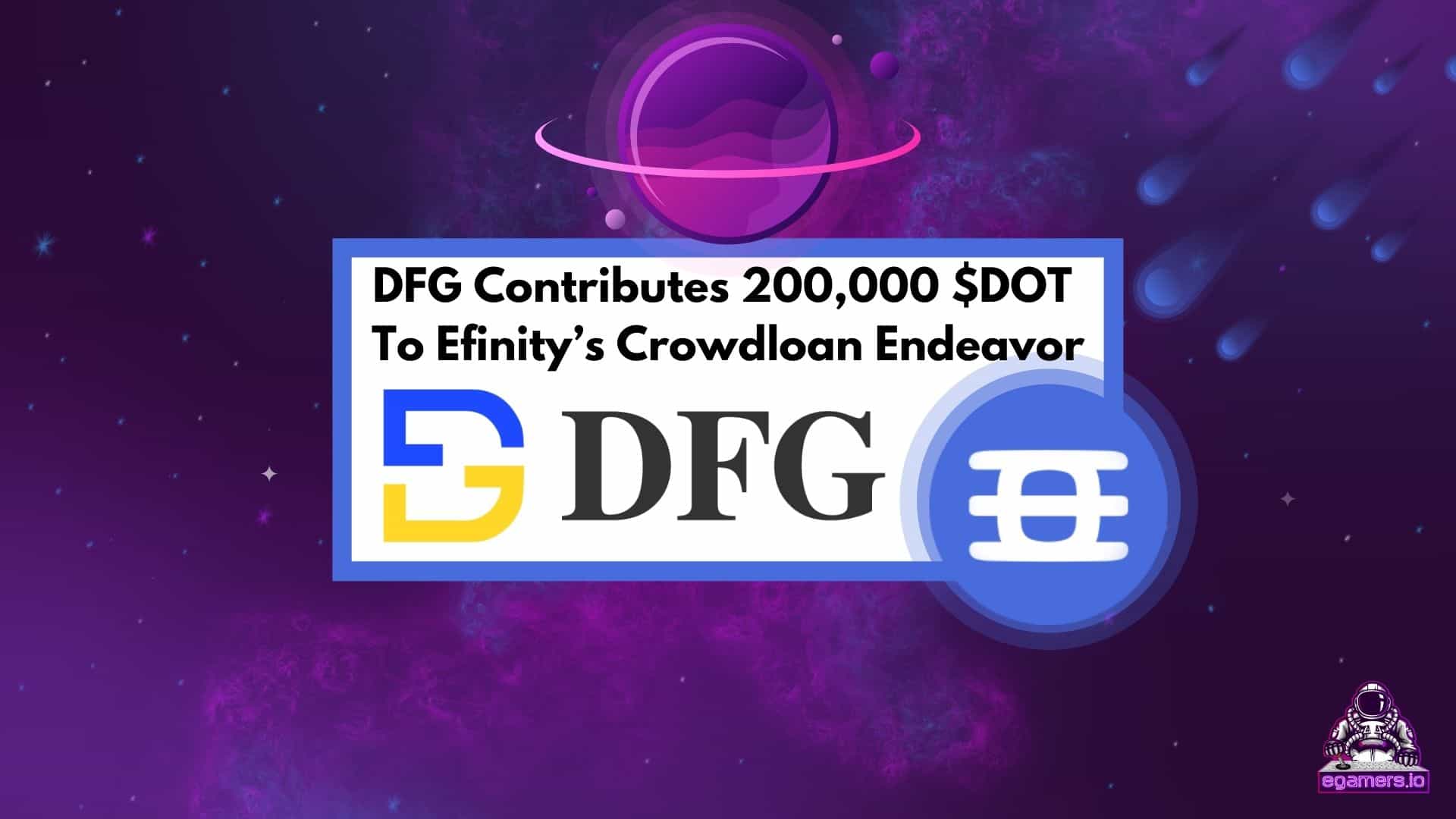 By staking 200,000 $DOT, DFG will support Efinity in the race of getting a para-chain slot in Polkadot’s crowdloan.

The Polkadots Parachain Auction has been underway since November 11, and many projects are contributing their $DOT coins to acquire a para-chain slot. DFG wants to assist the most promising projects and reassure the future of Blockchain.

Enjin’s team established itself as a world-class developer and is well known to the Blockchain industry for pioneering on NFTs. Efinity aims to create a new ecosystem where more accessible and scalable solutions will be provided to users and developers. Simplicity is the main goal here.

DFG is a global blockchain and cryptocurrency investment firm. Investment of DFG has passed the price of $1 Billion. With their professional team, they research and find the most promising crypto projects that have the potential to evolve to something incredible.