How to Run a Store in VulcanVerse 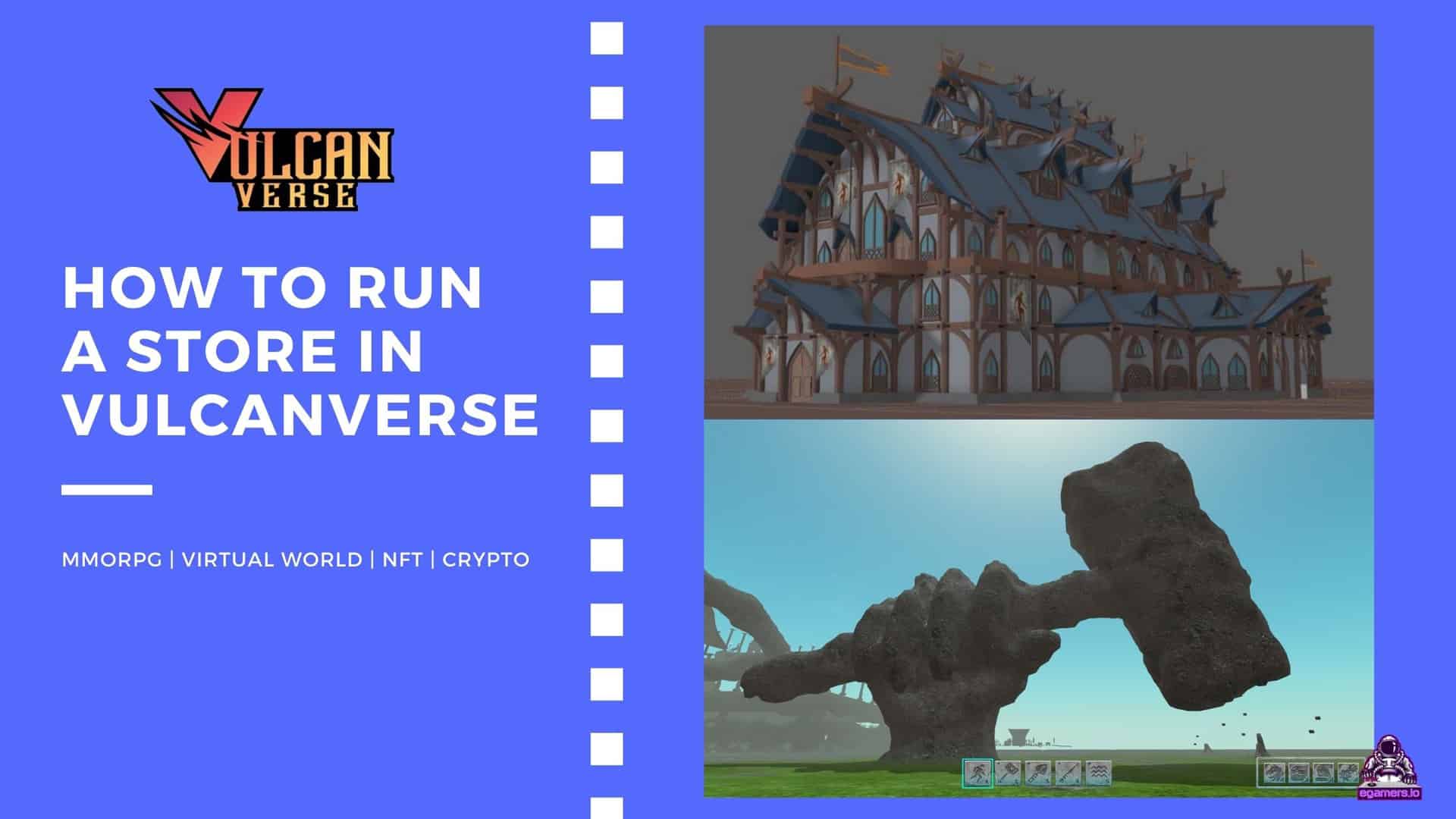 We recently introduced you to the VulcanVerse MMORPG, an under-development game with profound lore based on Greek Mythology, set in a Greco-Roman environment.

VulcanVerse will have extensive and deep gameplay, precisely what you would expect from an MMO with an open world.

Talking about online games, imagine owning the assets earned by playing all these years in Lineage II or World of Warcraft. That would be a fantastic experience, right?

Games like VulcanVerse and others are the first to ship an MMORPG in an uncharted area. There were others with real economies in the past, such as Entropia Universe and Eve’s online war that cost over a million dollars, but MMORPGs with a tokenized economy? No, we haven’t seen any yet.

The play-to-earn concept requires brain cells. In an open economy, you are challenged to find ways to profit.

It can be a creative series of actions that earn your a daily income, or it could just be a typical job like a store owner.

VulcanVerse might be a virtual world, but it remains a game at its core. So players have to follow the flow. I’m talking about war, and war creates opportunities.

How to Run a Store in VulcanVerse.

Out of the numerous ways to profit in VulcanVerse, players have the opportunity to run a store. What kind of store? That’s up to you.

The assets must be a good fit to the quadrant where the land plot(s) exist. VulcanVerse hosts four different kingdoms, with each one having its history, look, and characteristics.

Only prop assets are allowed, the item should not have an in-game function, and it can be common, rare, epic, and legendary.

Each rarity tier comes with a different total supply, starting at 1000 for common down to 50 for the legendary ones.

Once your plan is ready, reach out to the VulcanVerse team and community and get your feedback before going through the 3D modeling process.

If everything is fine, the Vulcan team will charge a one-time fee of 500 PYR to render the asset into the game and then its ready for trading in the marketplace.

For more technical details, you can refer to this official blog post.

If you decide to run a store in VulcanVerse, make sure you share your creations with our community also!