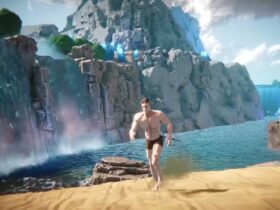 Not long ago, Ryo Matsubara’s Oasys representative director said that Japanese gaming giants are considering blockchain gaming. However, “this is an entirely new model and needs time to evolve before gaming studios integrate it into traditional games.”

As the tweet shows, Double jump.tokyo will handle the development of SEGA’s new P2E game.

Songokushi Taisen is an upcoming digital collectible card game based on the Romance of the Three Kingdoms mythology, using the intellectual property of the SANGOKUSHI TAISEN franchise!

“Our ambition is to lead the mass adoption of blockchain games by providing players and developers alike with a safe, secure and stable environment in which they can comfortably play and create the games of the future, with all the familiar gaming brands that they have always known and are accustomed with. We will continue striving to become the premier blockchain of choice for all future blockchain games, and are excited to share more about our upcoming projects in due course.”

“We are honored to be a pioneering partner in building a new generation of games with SEGA on the blockchain. Our efforts with Oasys are focused solely on creating the most user-centric gaming experiences, and working with our partners to revolutionise the world of gaming. We hope to build more market-leading games with the most exciting and established gaming brands, using this innovative platform.”

NFTs are Officially Live on Uniswap