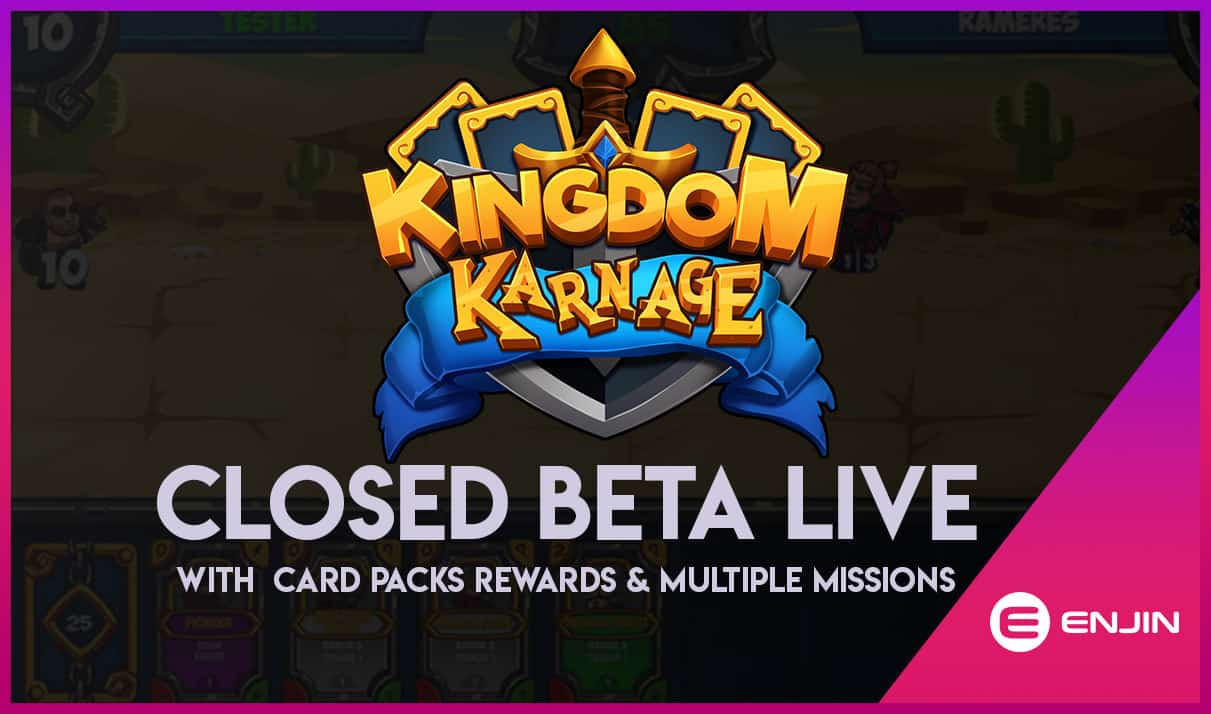 The Multiverse game Kingdom Karnage released the Closed Beta and everyone can play. Complete the beta missions to claim up to 40 NFTs backed by Enjin tokens through rare & uncommon Card Packs.

The game opened its gates for everyone, but an Early Access Token is required to play the Enjin Version. Both Normal and Enjin versions are playable during the beta but without some modes. When beta ends, the game will reset all progress, but by completing tasks you will receive card packs!

Under development by Kepithor Studios, Kingdom Karnage is a turn-based trading card blockchain game and part of the Enjin’s multiverse connected games.

The game features single-player and multiplayer dungeons where each campaign is in sequence, completing one unlocks the next, while you collect cards in the process. To fight other players in 1v1 and 2v2 battles, a full deck of 30 cards is necessary. At the end of a battle, the winner takes a card from his opponent deck, but it can’t be a Legendary or a limited card.

Cards in the game, including those you earn while playing, come in the form of NFT tokens, and you can trade or sell them with others in the Enjin Marketplace.