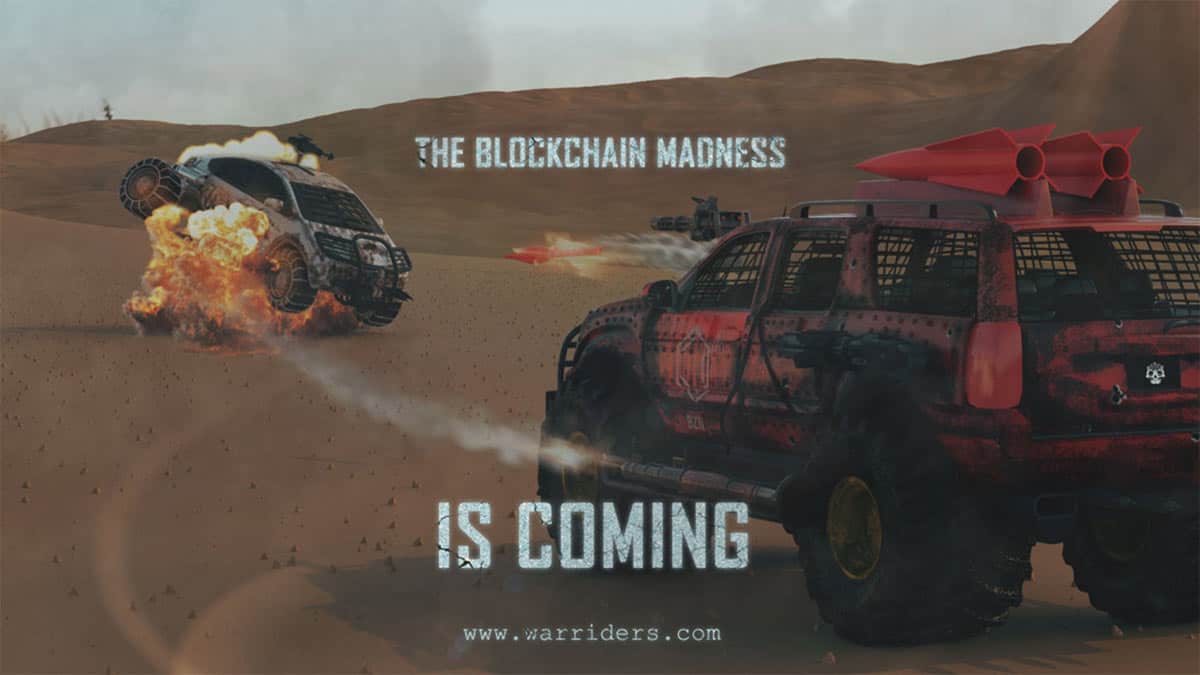 War Riders News & Updates have arrived, and we have the full story.

War Riders is an MMO blockchain game where you can customize vehicles, battle other players, and earn crypto. Players can build their customized war vehicles from scratch and use them to mine and attack enemies for the in-game currency,

Benzene (BZN). Players can mine BZN by driving through waypoints or raiding other players on the go.

BZN has a finite supply and unique “burning” mechanism enforced by a smart contract.

A quick overview of what happened recently:

The gameplay video will be released in November:

“Many users have been asking us about the gameplay video, and we believe that this is an important step for us to gain more traction and attract more players,” said Vlad Kartashov, CEO of a blockchain startup Cartified, creators of War Riders.

“The video is taking some time and resources, so please expect some delays from the original timeline. We hope that, by releasing the gameplay, we will start attracting some mainstream gamers into the ecosystem. In addition to that, we hope that the gameplay video will spark the interest of investors and big gaming companies.”

The game will be client-based:

Initially, War Riders had planned to release the in-browser alpha/beta version of the game by the end of this year, which turned out to fall below the company’s expectations.

“Today’s browsers are throttling the performance of the game engine, and it simply does not look as good as we expected,” War Riders reported. “Although we will have to spend some additional time to release the client-based game, we think that this change is critical in order to deliver the first mainstream 3D game powered by blockchain assets. The players will still have all the in-game items supported by MetaMask and all major popular wallets such as Trust, Coinbase Wallet, etc.”

experience and the production quality of a major mainstream game. The game creators mentioned that “3D games are the most exciting and most popular in the world, and WR will not be an exception. Our goal is worldwide adoption, and we feel like this is the only way for us to get there.”

The War Riders’ goal is to be supported by virtually every platform, and the company’s order of priority is as follows:

The game will first be available to all personal computers and laptops, and later on mobile platforms. The consoles will come later in the game development.

A timeline for mobile and console releases will be available after the alpha release.

The preliminary hardware requirements were released:

War Riders announced that it’s running one to two months behind schedule with the game’s initial alpha release.

As the company stated before, only the premium vehicle owners will be able to participate in the game’s initial release (to give early adopters a chance to get the BZN early).

The vehicle customization & test drive will be client-based.

War Riders also announced that players will soon create a game account on War Riders and link their ethereum wallet to it. This will improve the user experience without sacrificing security or privacy. Players will still need to sign the tx with their MetaMask/Mobile wallet before funds/items can be moved in and out of their accounts. War Riders will also be adjusting to the MetaMask changes this month, so you will soon see a pop-up asking you to allow the wallet access. This is a change related to privacy, and you can read more on this here.

The guns will soon be available for purchase:

before the customization in December. Players will be able to install the weapons on their rides almost immediately.