What is CryptoZoon? Play To Earn Game on BSC 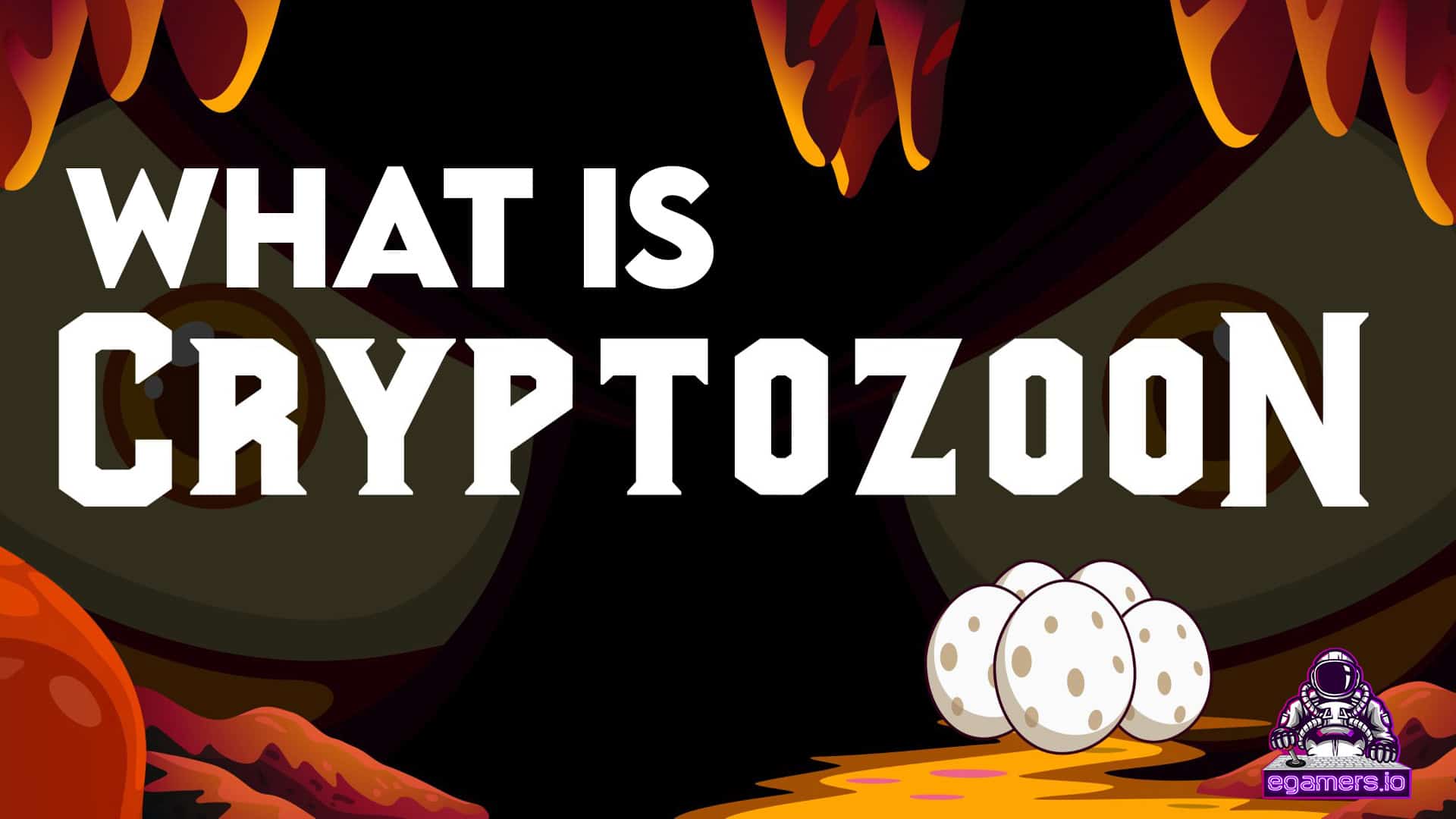 Imagine living an idyllic life in a peaceful world with your closest friends and beloved family without a shred of concern because all is well. Suddenly, the whole world is turned upside down in a violent upheaval as murderous invaders pillage your homeland and massacre innocent creatures to eat and harness life energy until your whole planet is but a shrunken and shriveled husk of its former self. Will you run, hide and cower in fear? Or will you bear arms, stand your ground, and fight until the lights go out?

This is exactly what happened in the CryptoZoon cosmos when the Yaki Empire attacked and wiped out half of all the life forms in the universe, similar to what Thanos did when he wore the Infinity Gauntlet and snapped his fingers. The survivors must now pick up the pieces of their shattered lives, build an army from the ground up, and battle against the hungry Yaki Monsters so they can take back what is rightfully theirs.

Inspired by the billion-dollar Pokemon franchise, the developers of CryptoZoon want to give millions of players around the globe a new, unique, and ever-evolving digital monsters universe where there is limitless play-to-earn potential. This game is a complete digital platform that is now live on the Binance Smart Chain and after the public launch on PancakeSwap as well as listings on CoinGecko and CoinMarketCap, they are now on the second phase of their development roadmap.

The developers now have their eyes set on the public launch of NFT farming as well as the alpha version launch of Zoon training or PVP arena battles. With over 70,000 NFTs minted and plans to expedite influencer marketing, expanding game studio partnerships as well as getting listed on more exchanges, it is only a matter of time before they reach the final phase of the roadmap. And this is to release more Zoan NFT characters, launch the Zoon App mobile game for iOS and Android as well as organize the first CryptoZoon Global Tournament.

To get started in your perilous but potentially rewarding journey into the CryptoZoon universe, players must first possess at least one ZOAN with some items that can be equipped to make characters more powerful thereby increasing chances of winning battles. These ZOANs and items can be obtained by purchasing them in NFT marketplaces, buying and hatching eggs as well as trading with other players. Once people equip the right items to their chosen ZOAN, they can now play to earn and start accumulating Zoon tokens in a variety of ways by helping CryptoZoon survive and end the Yaki Empire invasion.

First, they can participate in daily quests and fight Yaki Monsters that will reward them with Zoon tokens if they are successful. They can do this a few times every day depending on the rarity of the ZOAN they use. Players can also participate in Against Yaki Bosses events every week where they need four ZOANs (with at least two of them classified as Uncommon) to team up with other players. When a Yaki Boss like The Cyclops or The Great Ogre is defeated, the player who dealt the finishing blow will be given 5% of the reward while the remaining 95% is distributed to the other players based on their contribution in the fight and total damage dealt against the Yaki Boss. The reward for each Against Yaki Bosses event is a whopping 100 BNB and this reward is simply too generous to pass up even for casual gamers.

Second, if they want to take a break from fighting, players can stake their ZOANs for farming which also generates Zoon tokens because these creatures need resources in the long war against their enemies. They can also make long-term investments that can pay off huge dividends in the future by breeding adult ZOANs and hatching next-generation creatures from eggs that can be sold in the marketplace.

Last but not the least, although still under development to be turned into a gaming application for both computers and mobile devices, people can also test their skills in Training or arena battle against other players. When training, players can choose from three game modes namely Challenge, Random Battle or Create a Waiting Room. After matching up with a similarly ranked opponent, both players need to deposit 1,000 Zoon tokens before going into battle. Winners take all of the wagered Zoon tokens and inch closer to the top of the leaderboards as they gain rank and experience points.

To the Victor Goes the Spoils: Earn While You Play

In these training mode matches, players must choose three ZOANs to represent their team. These ZOANs are equipped with items and they also possess unique attributes, stats, and inherent abilities that can determine the outcome of each battle.

The match ends when all three ZOANs from one side fall, therefore players must be careful and tactical when strategizing because the stats of their ZOANs and their arrangement can spell the difference between life and death. At the end of every week, the top players with high win rates will be heralded and rewarded even more Zoon tokens.

From then on, players can rinse and repeat the simple process as they use the Zoon tokens they earn to buy and breed even more powerful ZOANs with higher levels and better equipment. This will certainly improve their chances of finishing more daily quests for rewards, farming more Zoon tokens, defeating Yaki Bosses every week, and dominating the PVP training arena against other players.

Although CryptoZoon charges gas fees of 5% for selling and 2% for buying transactions respectively, this is but a small price to pay. These fees will be transferred directly to marketing wallets and Game Boss contracts for game development purposes like more centralized exchange listings, marketing to attract new players, rewards for killing Yaki Bosses as well as buyback and burn.

As for those who are interested and curious about the tokenomics of the distribution of current tokens, here is the breakdown:

43% is dedicated to the play-to-earn aspect of the game which is further subdivided into three categories namely Monsters Battle (14%), Farming (15%), and Training (14%).

The remaining 57% of total tokens are compartmentalized and allotted for presale and liquidity pools with 25% each, developer wallets with 5%, and airdrops with 2%.

CryptoZoon is a new game on BSC, Binance Smart Chain has recently seen a heap of scams and failed projects. Please be extra careful where you invest your money and follow the golden rule, never invest more than you can afford to lose. It’s a game, and you should treat it as such.

The project has released an audit pdf which can be found here, a big red flag is that the developers are anonymous and the use-case is pretty much common. Here is the Whitepaper.

No one can guarantee the economic longevity of the game, for the latest stats, we strongly suggest asking first in communities such us ours on telegram before taking actions.

Thank you for reading what is Cryptozoon. Find 36 blockchain games to play.