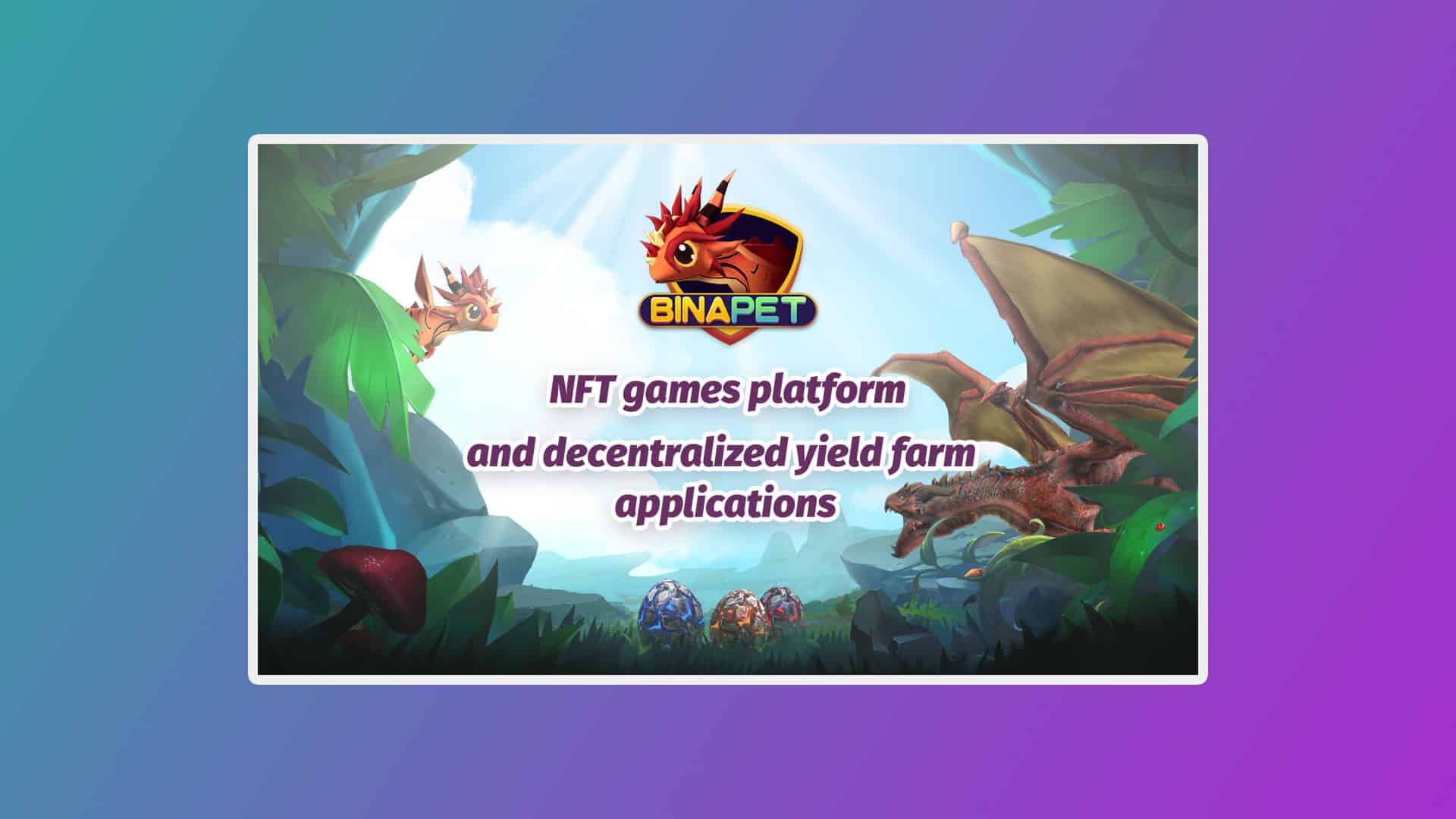 Notice: Binapet is another game of the many “Bin & Pet” games such as Binamon, Binemon, Binamars and so on. Please pay close attention to the details, most of these games are copy/paste. Never invest more than you can afford to loose and always do your own research. Nothing is guaranteed.

Because of the intensive community quarantines, hard lockdowns and increasing rate of unemployment especially in third-world and second class countries, there are thousands of young people who are struggling to stay afloat because they need a stable source of alternative income. Good thing is that the unstoppable growth of blockchain technology and non-fungible tokens is paving the way to financial security with play-to-earn games like Axie Infinity because the future of gaming is now here. And it is time to give the power of ownership back to the players to reward them with real value for the time, effort and investment that they spend.

With that said, we decided to do a Binapet Review which is all abuzz with hype and fully ripe for the picking because hardcore gamers and casual players alike are looking for another stable game that will not only entertain them during long, boring hours with absolutely nothing to do at home but also give them an alternative source of cash that they badly need in these dire times. And the world of Binapet can provide players exactly what they are looking for because its ecosystem is the perfect blend of NFT gaming and decentralized finance yield farm applications.

It features a comprehensive and encompassing Binapet RPG game, farming or staking options, a robust NFT marketplace and Battle Mode for some PVP action where players can put their Binapet Dragon Warriors to the ultimate test. The game already has a thriving community of supportive players who help one another maximize the game’s potential, especially on investment opportunities that can aid them with their monetary concerns.

Hatching a Plan for Utter Dominance

Binapet’s smart contracts are linked to the Binance Smart Chain therefore interested players need to have a Metamask wallet where they can store BNB (to pay for transaction fees) and BPET which is the actual currency of the game. Once they have everything set up, they can now go to the marketplace, purchase an egg and hatch their first Binapet Dragon that just might be their golden ticket to soar above and reach their highest dreams and loftiest goals in  real life.

The dragon egg that new players can buy in the marketplace to start their journey is called an Ancient Egg and it will hatch into a common dragon (although there is a slim chance of hatching one higher than the common level) with random elemental attributes. Once they have a couple of dragons in their collection, players can breed them together to produce five types of eggs, each with their own, unique elemental properties. Yellow is for the element of gold, blue is for water, green is for wood, red is for fire and earth is for brown. Only ancient eggs produce dragons with random elemental properties while elemental eggs will always produce dragons that have the same level and element as the eggs from which they hatched..

Aside from these elements, there are also stats and attributes (Health, Attack, Defense and Speed) that can affect the performance of your dragons in the game. There are also five levels that dragons can reach namely Common, Senior, Rare, Legendary and Epic and the upper limit of their stats and attributes increase as well whenever they level up. Furthermore, when breeding two dragons, the dragon with a higher level serves as the reference point and although the two dragons will be burned after breeding, the egg that they produce will be of a higher level than both of them.

Down to the Game Mechanics

When players have enough dragons in their collection, the fun begins and they can now start enjoying the different play-to-earn aspects of the game. Right off the bat, it is important to note that dragons that fight in the battlefield are called Dragon Warriors while those that are staked in NFT farming are called Dragon Pets.

Newly hatched dragons only have 1 Energy and that is why they need to be placed in NFT farming so that they can slowly generate energy (10 energy every hour or 1,200 blocks) and earn rewards at the same time. The increase in Energy is proportional to the rewards that they can receive but once they reach their upper level energy limit, they cannot earn energy and rewards any further.

When they have reached the upper limit of their energy level through NFT farming, Dragon Pets are now ready to become Dragon Warriors and placed in the battlefield where they can earn their salt, test their mettle and show what they are made of. Players need to pay 0.01 BNB for transferring a dragon from NFT farming to the battlefield and vice-versa because a dragon cannot be staked in the farm, placed in the battlefield or featured in the marketplace all at the same time. Players can use potions to swing the momentum in their favor and there are also future plans down the roadmap of putting different kinds of equipment on the dragons that will significantly improve and boost their chances of emerging triumphant from these automated battles.

Aside from gaining energy and earning rewards in NFT farming as well as enjoying the spoils of war in the battlefield, players can also earn some serious dough by trading and selling their stronger and bigger dragons in the marketplace. Although the exchange fee of 5% may seem a little too steep for new players, this will all be negligible when they are already selling dragons and eggs left and right for a decent profit.

Where We Are Today: Live Price Data of Binapet

As of date, even if it dipped 2.38% in the last 24-hour period, the live price of Binapet holds steady at $0.1477 with a one-day trading volume of $2,000,264.00. This is certainly promising because analyzing the figures and crunching some numbers proves that this will surely improve as more players join the game and jumpstart mass adoption. And for those who are hesitant about trying the game out because there are whispers about the risk of accounts getting hacked by notorious cheaters, Binapet passed the smart contracts audit conducted by SolidProof last August 10 with flying colors.