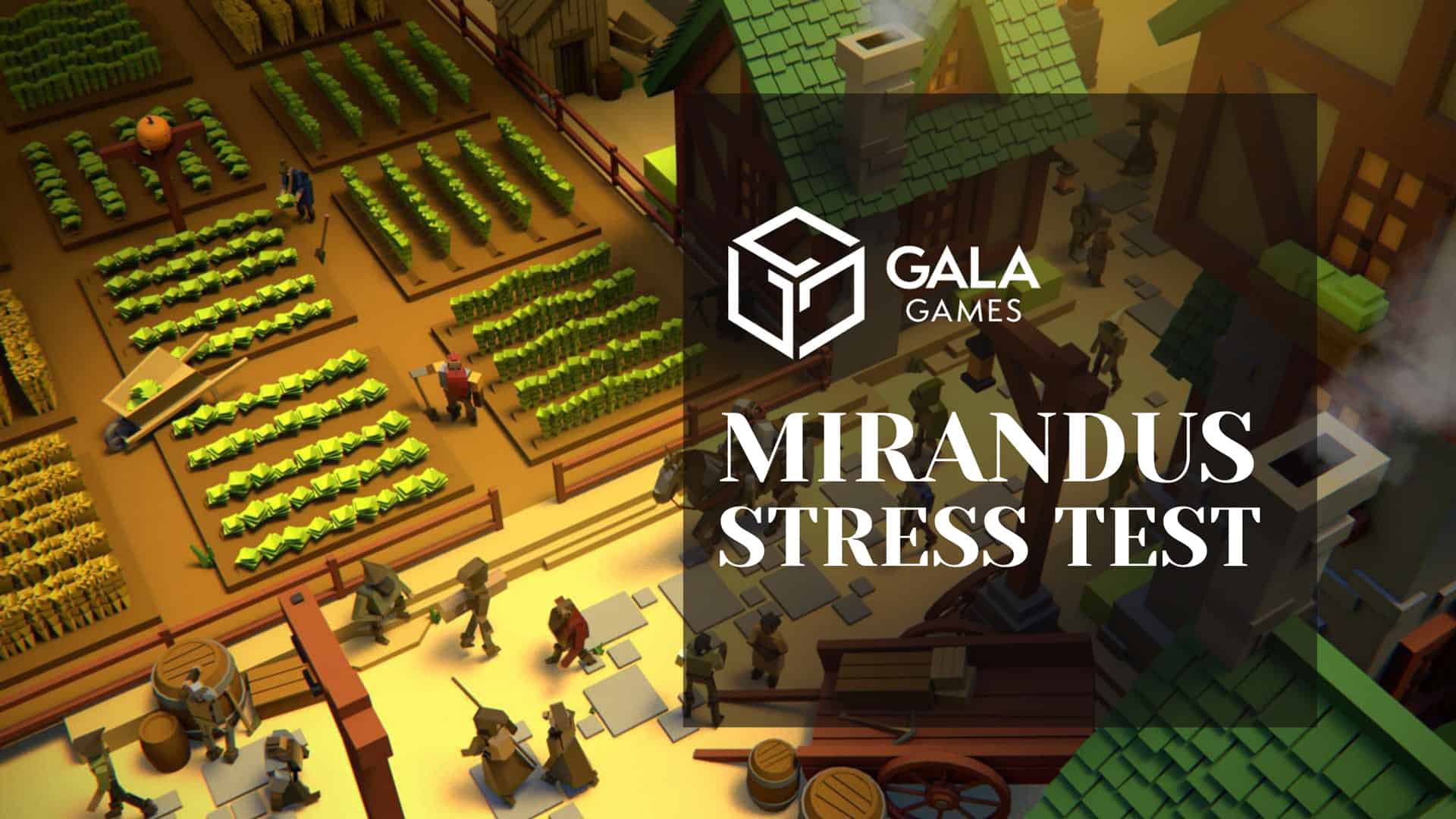 A stress test of Mirandus – the fantasy role-playing blockchain game by Gala Games – will be available on Saturday, July 3rd at 12:00 PT. You will be able to download this test version of the game if you are a member of Gala Gold which costs $10 for a lifetime membership. You can still sign up for Gala Gold to receive the Mirandus test version.

The game will run on a test server where you can mint your own avatar and explore the world of Mirandus in 3D. Avatars will be able to jump, move and interact in the in-game world, but the whole gameplay and mechanics would not be there. The basic idea behind launching this Mirandus stress test version is to check how many players can participate in the game at a time and collect other valuable data that developers can use to make improvements to the game in the future.

You will also get a chance to attend a Q&A session with key members of the team behind Mirandus on Discord and all Gala Games live channels.

Mirandus is a fantasy-based RPG on a blockchain network that gives players full ownership of their in-game assets. The game is set in a massive world ruled by five player-monarchs. As a player, you can either play under these monarchs as their knight in court, or you can go on a quest to fight against monsters and dungeons alone.

You can own land deeds in the game to claim ownership of the parts of the wilderness and build your own farms and cities on your lands.

Lands owners can earn by leasing their lands to other players in the game who can place their own buildings on plots once an agreement is reached with the owner.

Most buildings will come with a basic crafting station where you will be able to craft new game items. The game economy will rely on players who farm and craft in-game items.

Also listen to our podcast where George talks about Gala Games and Mirandus With Jason Brink, CMO of Gala Games.