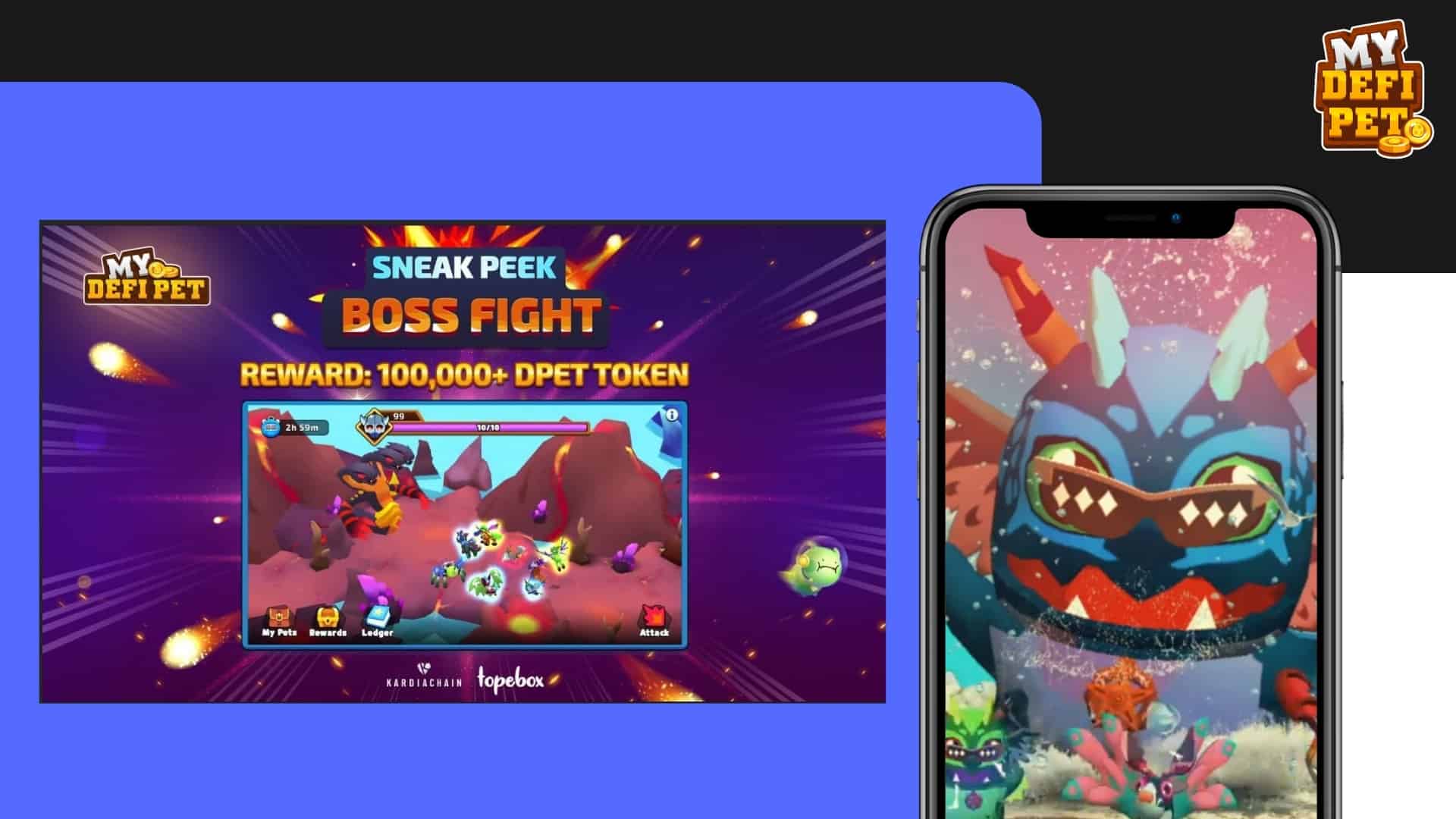 My Defi Pet has announced the launch of a new event dubbed “Boss Fight” with a prize pool of more than 100,000 DPET tokens.

Boss Fight is an upcoming event in My Defi Pets where Pet Masters will sacrifice their pets in raids to earn rewards.

To get a share of this prize pool, Pet Masters have to defeat the Boss at each level. A suicide army of pets will fight against the Boss who will be on a spaceship in the beginning. To enter the Boss Fight, they will have to destroy Boss’s spaceship.

More details are yet to be announced. However, this event will likely be an NFT burning event where players have to sacrifice some of their pets, and in return receive rewards from the prize pool.

According to the announcement, there would be no condition checks for pets at this stage to enter the event. Meaning there is no restriction on the rarity or level of pets in this event.

As the development team states, Boss Fight is around the corner and it’s going to be the first play-to-earn element introduced by the upcoming title with the first version of play-to-earn gameplay to arrive Q4 2021.

There has been another recent development in My Defi Pets. Tri Pham has taken the role of CEO. Tri Pham is also the CEO/Co-Founder of Kardiachain, a well-known blockchain in Vietnam and South Asia. He is the mastermind behind the game and has contributed to its development from day one.

Find out the latest happenings in My Defi Pets: