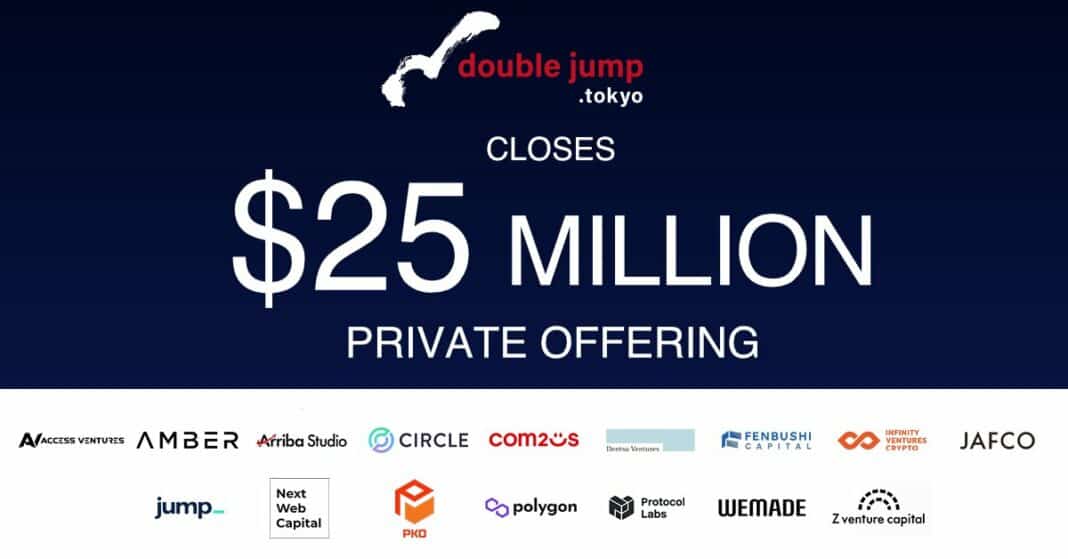 This Thursday, they announced that they received 3B Yen (~$25M) funding from leading blockchain companies.

The primary purpose of this funding is to increase the number of employees required to accelerate blockchain game development at Double Jump.Tokyo.

The gaming studio is known for its famous blockchain game My Crypto Heroes. The game was first launched in April 2018. Since then, the company is well known for promoting blockchain gaming and NFT businesses.

The company currently focus on leading the blockchain technology with official authorities in Japan. March was also a good month for double jump.tokyo as they partnered with ForN.

“This funding is a manifestation of our investors’ appreciation and expectation for our steady accumulation of the large-scale achievement in blockchain games and IP-based NFT content since the dawn of time in this space.

To promote the joint development of IP-based blockchain games with major game companies, the funds will be used to invest in products, partners, and DAO projects, which will help strengthen and grow our group in the upcoming mass adoption phase of the blockchain game market.”