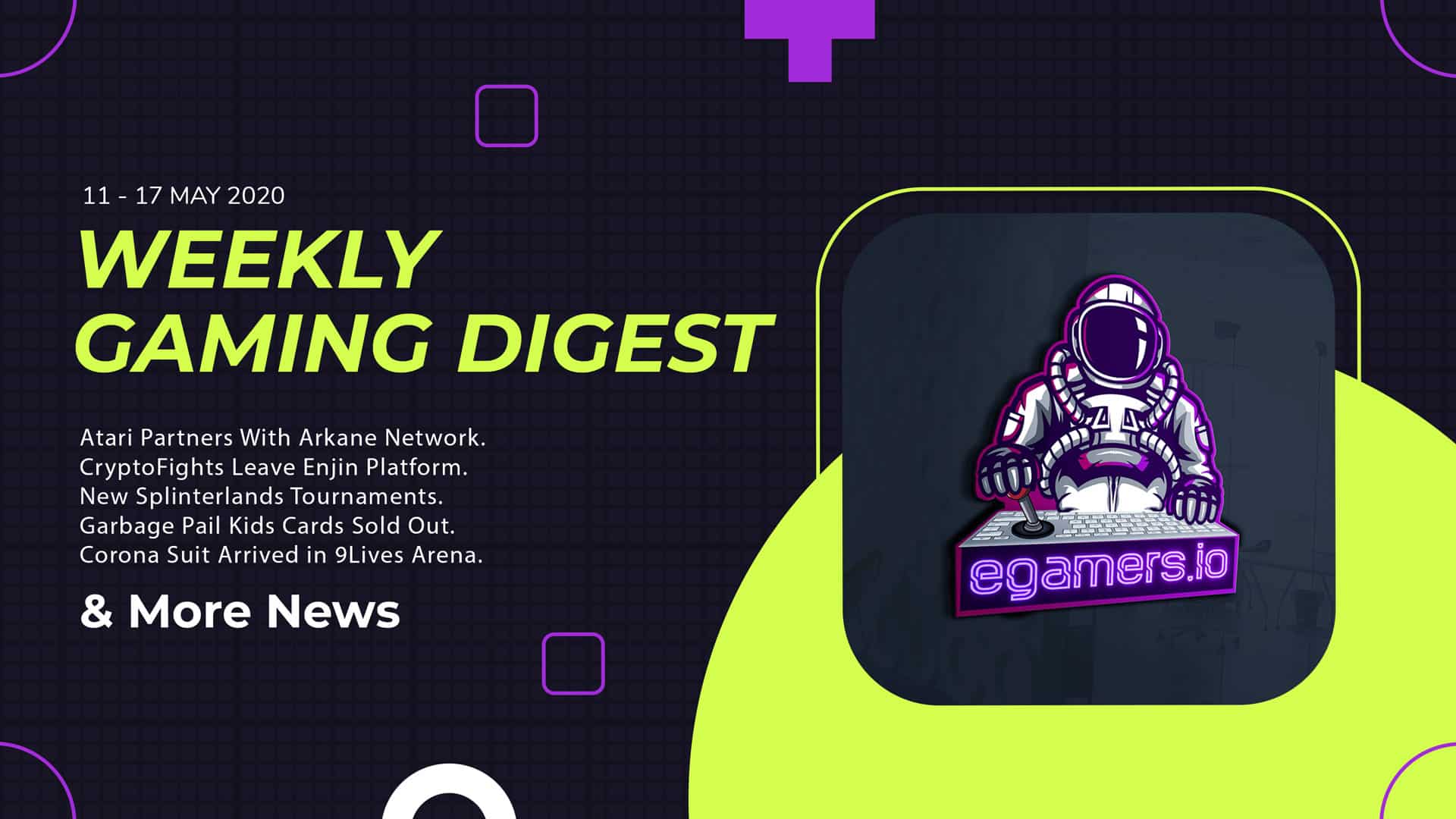 Welcome to another blockchain gaming weekly digest by eGamers.io. As always, many news occurred this week, and we are here to discuss the hottest topics that drive the blockchain gaming sector to mass adoption day by day.

Minecraft Server The Hunters of Rio Rebranded to MyMetaverse

The Blockchain-enabled Minecraft Server Hunters of Rio Rebranded to MyMetaverse and continuous non-stop development. The team has already integrated some Enjin backed multiverse items while being in the process of adding more. Soon players will be able to craft items and own real estates in the game. Creating minigames, events, and experiences for other players is one more way to monetize from your gameplay.

CryptoFights leave Enjin for BSV and creates confusion to the community

In a move that set off a storm of reactions, CryptoFights decided to Ditch Enjin and moved to Bitcoin SV. In a previous presale, the game managed to gather around $85,000, while most of the contributors were from the Enjin community. The creators of the game stated that the reason they left Enjin is that Ethereum is slow, the scalability updates are experimental, and the transaction fees are expensive. Adam Kling, CEO of Kronoverse, stated to eGamers.io that the game will honor all the sold items by exchanging them to the BSV equivalents. This move doesn’t seem to make any difference to the owners as most of them requested a full refund.

The popular TCG blockchain game Splinterlands announced a new additional format that was highly requested by the community. Anytime Tournaments allow players to set up their decks and participate in tournaments without having to wait in front of their PC until the end of the whole process.

Reddit is adding cryptocurrency to its point system. The migration will happen in phases, and right now, there are two new tokens for the Cryptocurrency and FortniteBR subreddits. The system will use smart contracts on the Ethereum blockchain.

Topps is a famous company that specializes in producing trading cards and collectibles since 1938. The company took the big step to integrate the WAX blockchain, and now for the first time in history, collectors can own, buy, sell, and trade their favorite “Topps collectibles” as digital items (NFT’s). 110,000 Garbage Pail Kids Collectible Cards were sold out in 28 hours!

The PVP blockchain game 9 Lives Arena is hosting a Corona Suit Collection sale. The sale features six suits made up of a bodysuit and a mask while these are initially limited to 199 each. After the sale period, the team will melt all the remaining items, making them even rarer for Ooogy collectors.

League of Kingdoms Land Presale to Take Place This Month

The Land sale in the strategy MMO blockchain game League of Kingdoms is coming on May 25/2020, while the game will launch later this year. The presale will take place in two rounds and is the only chance to acquire Land with a discount.

Check Out a Sneak Peek of The Upcoming CropBytes 3D App

The farming simulation blockchain game on the Tron network Crop Bytes released a video containing some sneak peeks of the upcoming 3D version of the game.

Find Out More About Crop Bytes

The newest addition to the Tron Game Center ecosystem is the TGC mobile game Forest Match. You can now access the game with your Android device and win BTT tokens for completing levels.

Thank you for reading our Blockchain Gaming Digest. See you next week.