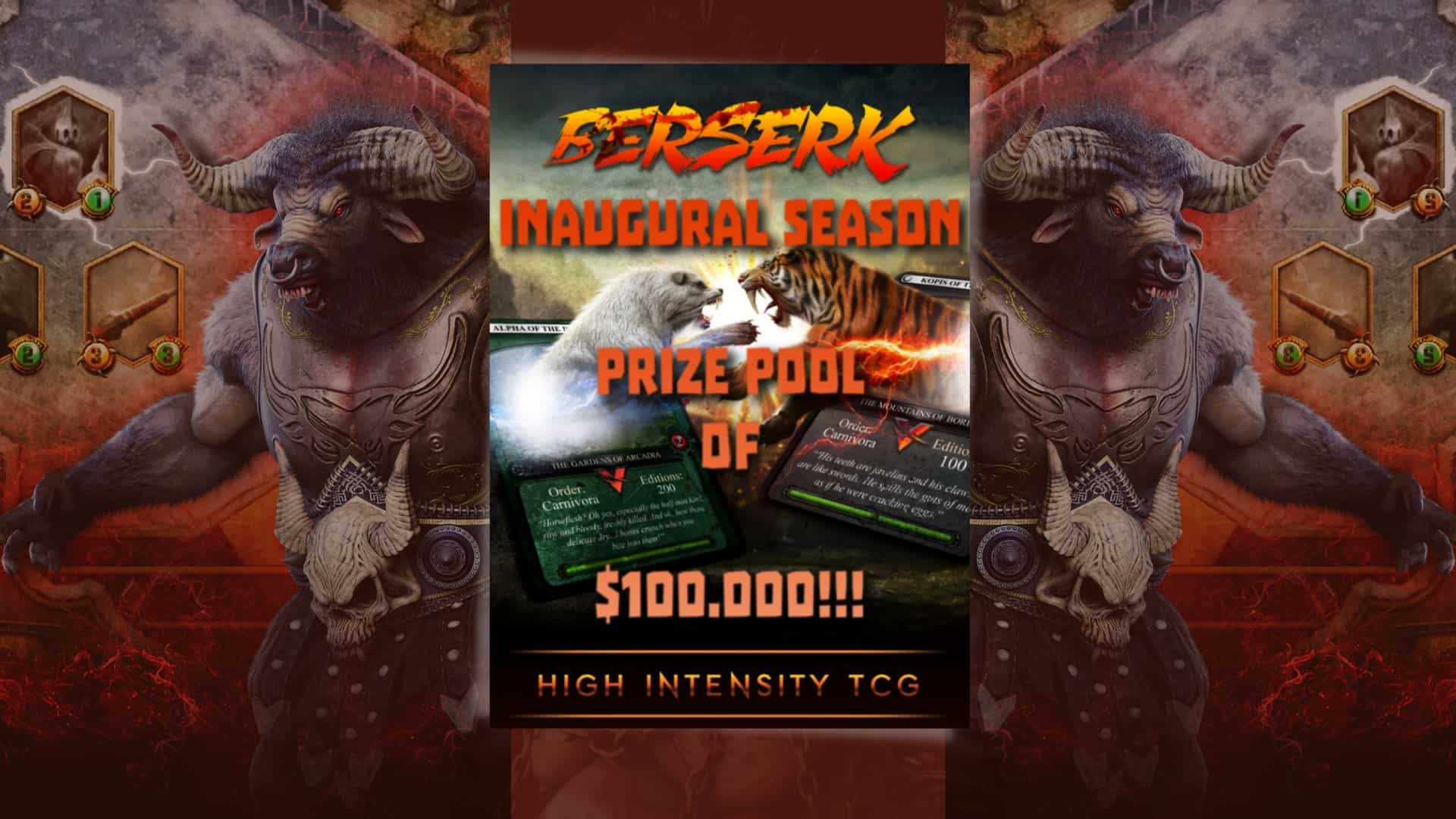 Do you play for money? Then you are in the right place! Berserk Season one has just started with $100,000 in $PYR Rewards for the top 100 players based on ELO fights and those with the most wins.

Until today, 1,000 players have registered for Berserk’s Season One game which remains an under-the-radar game and increases your chances to get in the prizes.

Berserk is a trading card game with play-to-earn mechanics. For every five wins, you get five raffle tickets for NFT drops. Non-fungible tokens in Berserk are rare, following the paths of the Vulcan Forged ecosystem.

Don’t be afraid, though. Berserk is free-to-play with a starting deck of 30 cards for every player, and matches are based on an ELO system.

How to Join Berserk Season One.

Note that only ranked matches will count over the Season One rewards pool. Your opponent will be adjusted based on your level and ranking, ELO based.

Vulcan Forged has set aside two separate reward pools for the ecosystem users. Earn $PYR by playing various games in the Vulcan Forged ecosystem, including the flagship MMORPG game, VulcanVerse.

VulcanVerse is a community focused multiplayer game with land ownership in form of non-fungible tokens. The map is devited into four quadrants and the third quadrant (territory), Boreas, was released a week ago with impressions so far being great.

The game is in early development, but this doesn’t mean we won’t see public access soon. The parent company is aggressively hiring new talents. Nevertheless, the MMORPG concept on the blockchain with virtual land ownership, in-game stores, and NFTs, sounds exciting.