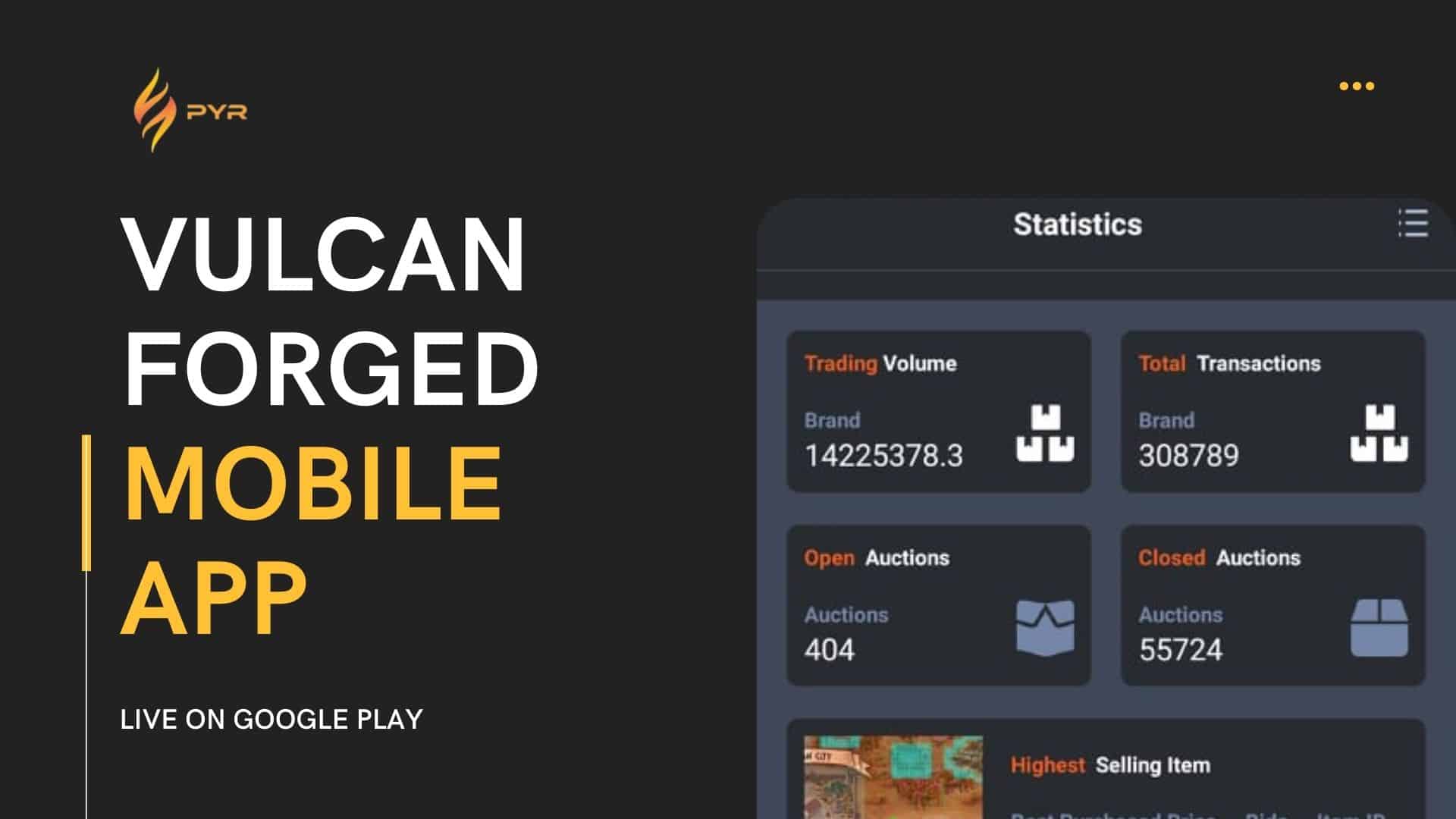 Following the momentous launch of their VulcanDex, a decentralized exchange for the blockchain gaming industry with cross chain support, the entire ecosystem of Vulcan Forged is thriving. The community is growing and getting stronger with each passing day thanks to the collective success of their official marketplace and games like VulcanVerse, Berserk, Forge Arena and Vulcan Chess. That is the reason why they have attracted the undying support of their daily users across different games as well as gained the trust of their partners like Yield Guild Games who have invested on Vulcan Verse land plots and offered scholarships to their members through The Cedalion program.

With that said, the whole team from top to bottom is showing no signs of fatigue and slowing down, they are determined to end the year with a bang starting with the release of their mobile app for Android on Google Play. The official Vulcan Mobile app is a one-stop shop and the only asset management tool that a mobile user needs for managing their resources and interacting within the wide and encompassing Vulcan Forged ecosystem.

What’s in the App

The Vulcan mobile app functions smoothly and the interface is similar to the desktop version to which PC users have grown accustomed. With this user-friendly app that is easy to navigate even for newbies who are just joining the community and getting the hang of the whole ecosystem, people can do a myriad of things.

First of all, they can mint and manage their custom NFTs and other digital assets with no gas fees and they can also buy, sell and trade their precious tokens and NFTs on the official Vulcan marketplace. Next, they can keep track and closely monitor their daily activities, memorable achievements, rankings, experience gained, and earnings in all the games that they play under the Vulcan Forged banner.

Aside from general profile management and customization wherein people can choose their starting Vulcanite from within their respective profiles, users can also toggle the two-step verification process which we strongly advise. Finally, meticulous and detail-oriented players who are really on top of their games can view, manage, stake, sow and feed their in-game assets and non-fungible tokens such as Vulcanites, plots of land as well as assorted items and resources.

All in all, everything is smoking hot and firing on all cylinders for Vulcan Forged and users can expect more updates, exciting rewards, bigger games and other improvements in store for them in 2022.