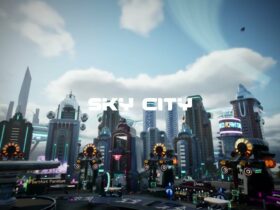 Blocklords, an award-winning dapp game on TRON and NEO blockchains signed a partnership with TRONArcade the past days! The medieval strategy game welcomed hundred of players with thousands of battles!

TRONArcade is well known for the support to blockchain games as their $100Million fund is a great way to help new and established games to further continue development. Blocklords will benefit in promotion, technical development as well as game improvements. In overall, players will enjoy a better gaming experience and considering that Blocklords is an award-winning game, we can’t wait to see what’s in store for the future! They also have plans to release an Ethereum version as well as a Facebook non-crypto version to draw more players into crypto gaming.

TRON Foundation CEO, Justin Sun commented, “Last year, TRON set out to support our community of developers with multiple programs like TRON Arcade and TRON Accelerator. I consider BLOCKLORDS to be a shining example of the passion and creativity we intended to make possible. The BLOCKLORDS team stood out every step of the way, and I’m excited to see how the game and community continues to grow!”

Blocklords requires 500 TRX to create your champion. Before getting into the game, you will need to have Tronlink installed first. Generation 0 champions are available for grab and you can equip rare items that vary in stats and power. The game focuses on capturing cities and villages across the map while collecting taxes (TRX) from trades.

To learn more about how to play BLOCKLORDS, you can consult this video tutorial series.

Blocklords is working around the clock to implement new features in the game such as NFT heroes, troop upgrades, crafting, resources airdrop, tactical battles, and a nation guild system.

In celebration of the partnership, Blocklords will hold a ton of events the upcoming month! The Stronghold Rush will offer x4 drop rate for one week and the Stronghold Leaderboard event will contain over 10,000 TRX in prizes for the top players!

For a detailed Blocklords review, you can visit this article.

Empowering developers and game studios to develop unique gaming experiences, TRON Arcade aims to bring the gaming world to the blockchain and build a huge network of games under the TRON umbrella.

The TRON Arcade is offering 100 Million USD to game studios and independent developers by either funding or publishing the games.

Since November 29th, 2018, we have seen a number of games easily migrating from Ethereum due to Tron’s compatibility with Solidity. With the help of developer tools such as TronLink and TronGrid, developers managed to port their games within a small period of time and benefit from the speed and scalability TRON network offers like Tron’s 3 second block time.

If you are a game studio or developer, make sure you visit the TRON Arcade website. You can apply for funding and why not bring your game on the TRON blockchain.

Animoca Brands to Launch Animoca Capital, a $2B Metaverse Fund