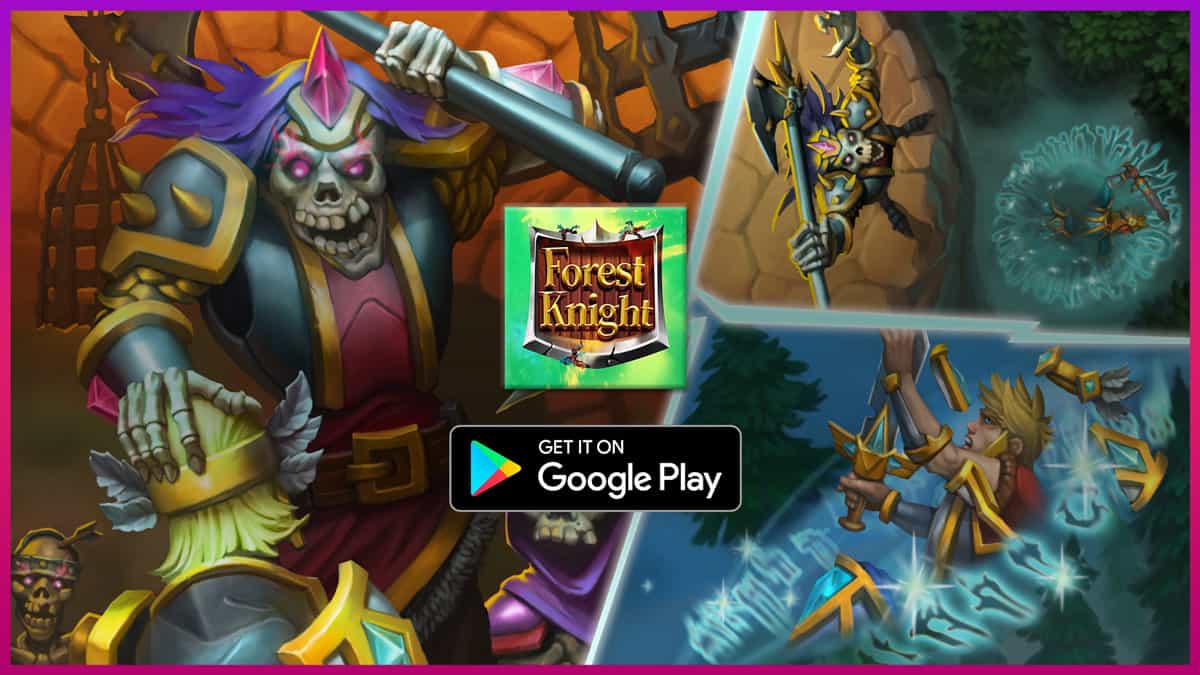 Exciting times for the Multiverse as the Forest Knight Early Access version is now available for Android devices and everyone can start playing! Chrono Games call all Knights to assemble and take part in the community-driven development of the game.

That’s Correct! Forest Knight is out as an Early Access version and Behfar, the lead developer needs our valuable feedback to improve the game experience. After all, its us, the Multiverse gamers who are in the position to play and express our thoughts to the developers so they can create stunning games that will go mainstream.

After more than a year of waiting, we have some EA versions of Multiverse games to play and united, we should guide the devs to create remarkable experiences and lead the way to blockchain gaming.

Forest Knight players are able to win in-game assets by playing, so don’t miss your chance to win some of the 57,000 available items. Even if the game resets, those items will be in your Enjin Wallet and you can later use them again or sell them in any marketplace.

Early Access means Early Access, don’t expect fancy stuff and everything working as it should. I tried the game earlier today, and besides a few bugs, I didn’t experience anything that would make me quit the game. There will be regular updates, always with the community input in mind, as well as new features.

The first thing to happen is the game balance; no one wants to encounter OP enemies when playing a game, so balancing the game is a must. After that, the PvP mode will come with ranked battles, tournaments, and much more!

Forest Knight stands out from the majority of the existing blockchain games as it focuses on the gameplay rather than the blockchain technology behind it. After all, that’s what Enjin games represent, real games, and not gamified blockchain experiences.

What You Can do in Forest Knight

Right now there are many things to do in the game. You can form your team, equip them with items, including the ones you already own, battle against NPCs to increase your level and receive loot while completing quests and daily-login rewards.

While it’s an Early Access, there are plenty of things to do that will keep you busy in the game. The most important fact is that Forest Knight is fun to play, there is nothing to show that this is a blockchain-powered game and that’s precisely what the industry needs.

Forget Metamask and other wallets that gamers have no idea about or find difficult to use. You can start playing Forest Knight just like any regular mobile game and in order to receive your earned items on the blockchain, you will have to link your Enjin Wallet with the game.

The linking process is extremely easy, it doesn’t take more than a minute and all you have to do is copy/paste the code given by the game under the “Linked Apps” tab in the Enjin Wallet. Moreover, if you already have some Forest Knight items, linking is mandatory to use them.

Here at egamers.io, we are all excited about Forest Knight as its one of the first playable Multiverse Games that can attract heaps of gamers and turn them into blockchain gamers. After all, that’s what we all want right? Bring blockchain gaming into every home and device.

Forest Knight stated that all players who link their wallet and reach level 10 will get a limited edition in-game assets called Emperor’s Axe.

Reaching Level 10 is not that hard, i played for less than 20 minutes and reached level 3 while exploring what the game can do. Make sure you battle your way to Level 10 and get that limited-edition Axe!