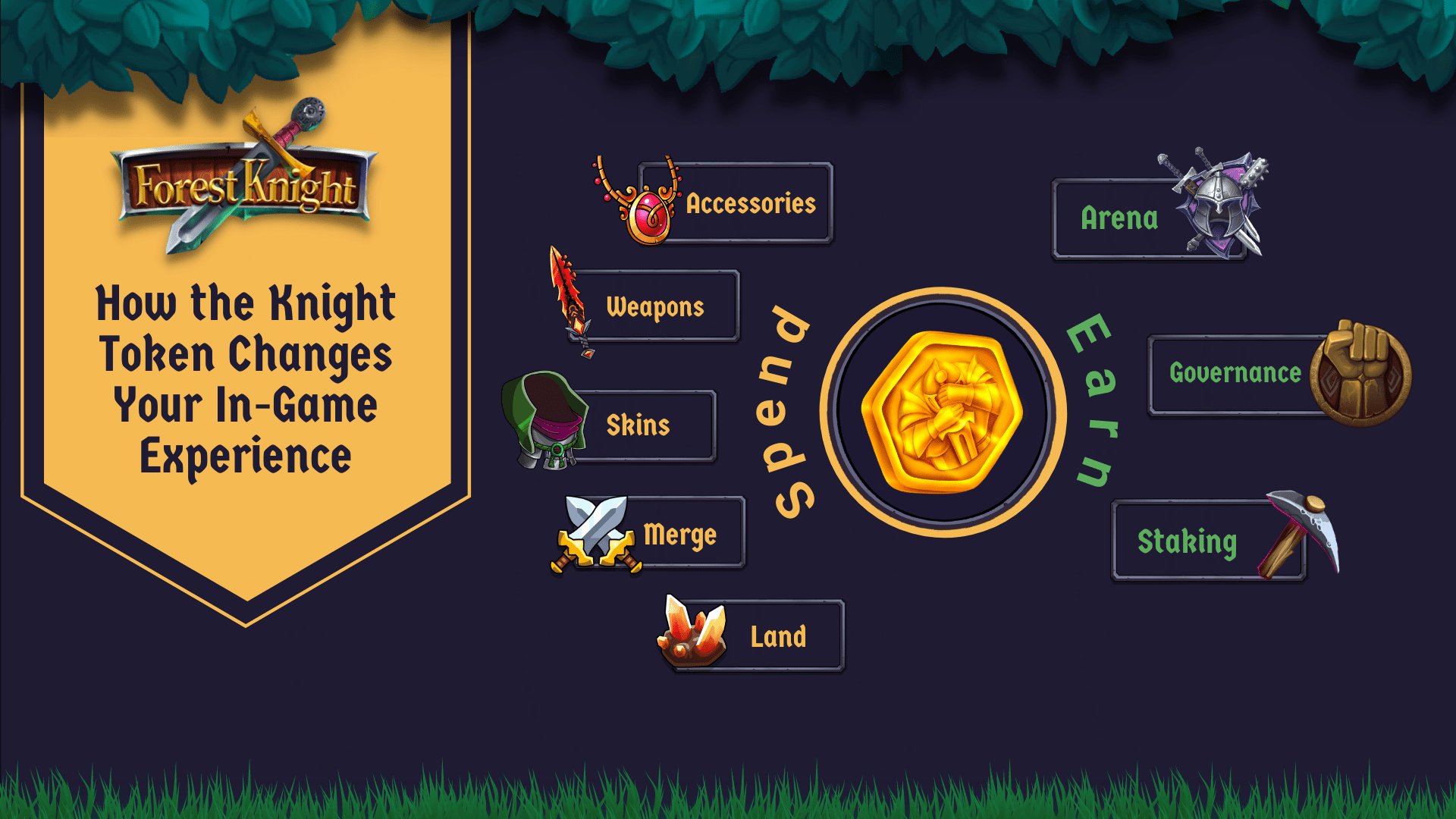 A Knight (Token) in Shining Armor Due to insistent public demand for new and improved blockchain games that promote non-fungible tokens minting and other play-to-earn features that reward all the efforts and achievements of players, the shot callers at Chrono Games are constantly looking for ways to give what the people want and rightfully deserve. …

So, you are looking for some of the best Blockchain Games to play in 2021? Look no further. This article has all the games you need to have an exciting new year, and a bag full of crypto and NFTs.

Exciting times for the Multiverse as the Forest Knight Early Access version is now available for Android devices and everyone can start playing! Chrono Games call all Knights to assemble and take part in the community-driven development of the game. Wait, Community-driven? That’s Correct! Forest Knight is out as an Early Access version and Behfar, …

Welcome to another weekly digest by egamers.io. As time goes by, more and more games are gearing up for release, with some triple-A titles expected to bring masses of gamers in the blockchain gaming industry. The eGamers.io team will be at the CGC Conference in Ukraine, 10-11 October, if you are attending, make sure you …

The video features a nice lore with a great voice, composing a satisfying result for a lore video. The evil is growing stronger every day, and this time, the knight is overwhelmed!

Forest Knight, back in July announced the delay of Alpha Version in order to add more stuff in the game and it’s about time to launch it! The alpha version will include the Arena system where players will be able to compete with each other and offer MMO elements to the game.

Under development for Android and iOS, Forest Knight is a turn-based strategy game where players can build their own team and experience amazing adventures in the world of Chronville. As a multiverse game, Forest Knight takes advantage of the ERC1155 Token Standard where most of the in-game assets are Non-Fungible Tokens backed by ENJ Coins.

Early Access for the Turn-Based Strategy Multiverse Blockchain Game Forest Knight is on the way as announced by Chrono Games. The gates of Chronville are going to open for waves of players to enter in the upcoming weeks so make sure to Sign Up Here and get notified before the early access release. The team …

With so many trailers, presales, teasers, and giveaways, many of us have acquired equipment, multiverse founder tokens(MFT), characters and so much more that have yet to be even used in-game. Many of us are itching to try out that legendary weapon or that rare and limited edition character or even some cool gameplay and features …

Limited time offer by the Multiverse Brotherhood and eGamers.io for the next 10 participants of Forest Knight’s presale. The Shield of Lorek is the first in-game usable MvB item and the next 10 buyers will receive one in addition to their Forest Knight presale box. Eligible participants are those who purchase after the order number …

Forest Knight Winter Chest Sale is live! 2019 is going to be the year of Enjin Coin. With so many upcoming releases for the Multiverse project, crypto gaming will experience a never seen before universe of connected games under the decentralization umbrella. One of those games is Forest Knight, a mobile single-player adventure with multiplayer elements such …

Author’s notes: Please note this interview was conducted pre X-mas. I do this for a hobby, and freelance for community interest. Big ups to eGamers for offering to release the interview. ENJoy:) Thanks Behfar, for agreeing to chat today. It’s always a pleasure to hear what’s going on in the different games incorporating blockchain tech. …