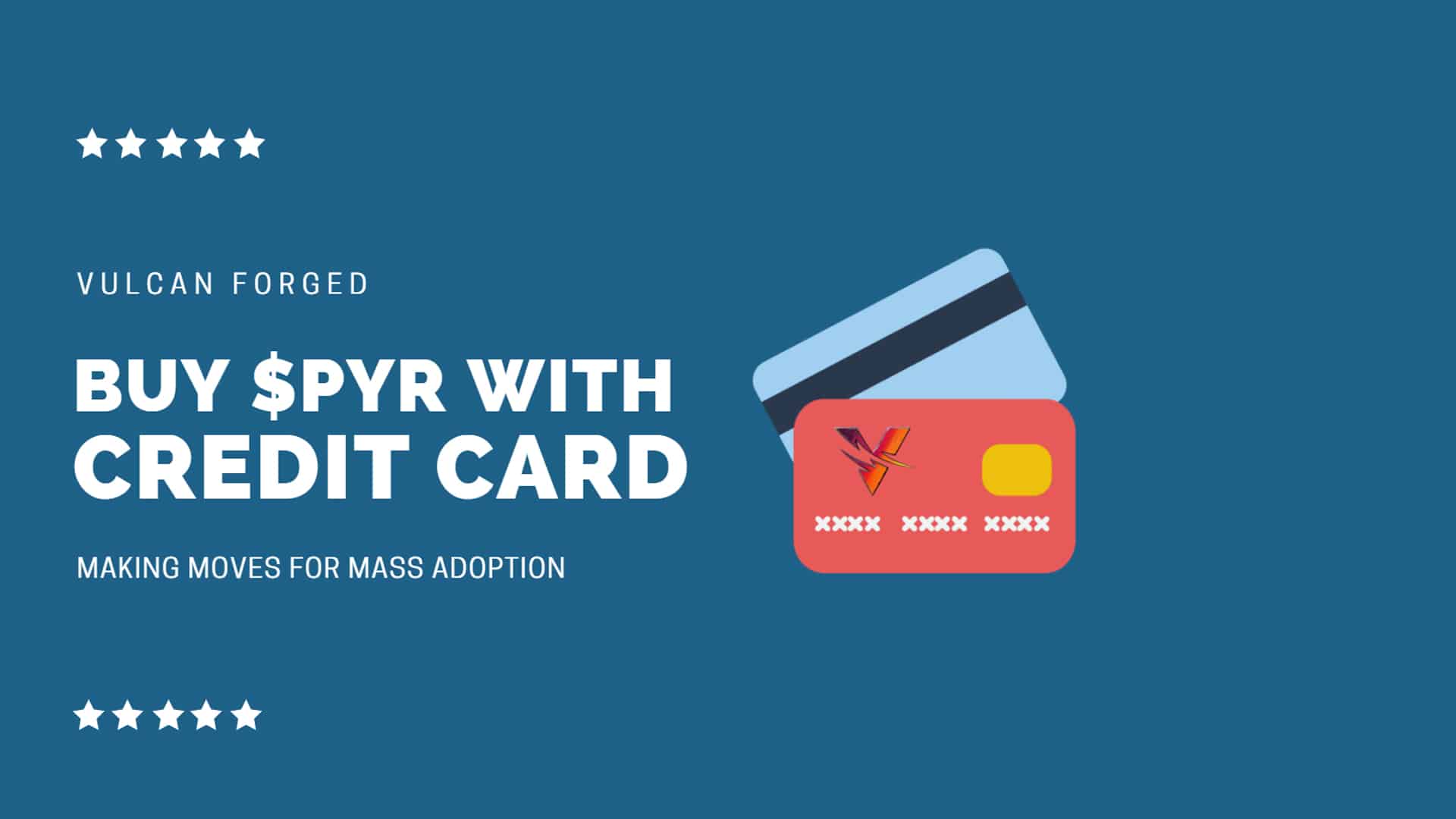 This great service brings Vulcan Forged one step closer to easy adoption by regular gamers. In the past years, I have constantly been outlining the necessity for easy access in blockchain gaming.

Think how much time you have to spend to bring your friends on board; you have to explain the basics of cryptocurrencies and the process of purchasing crypto, using the exchanges, not losing their money, and so on.

By allowing users to purchase $PYR with a credit card, everything becomes much more straightforward and familiar, just like in regular games where you buy in-game tokens.

The landing page is set, and the service is expected to go live on Monday.

Vulcan Forged continues to grow with over 52,000 transactions of in-game assets and an ever-growing volume of the peer-to-peer marketplace.

The recent announcement of the incubation program has brought many developers on board, including DeFi11 platform, Incarnate game, and Battle Racers.

On July 25th, the flagship game, VulcanVerse will open its gates for the public as a beta version. VV is the first true MMORPG to launch on the blockchain with community-owned land plots and custom-made in-game experiences with $PYR rewards.

There are 10,000 land plots in the world of VulcanVerse, and the only way to get one is through the p2p marketplace. Note that VV will be free-to-play and play-to-earn.

In other news, Vulcan Forged has seen a significant increase in social volume, as reported by Lunarcrush, the anticipation of the VulcanVerse launch, the constant developments, and the latest announcements have managed to increase the hype, and the project is reaching new heights every day.