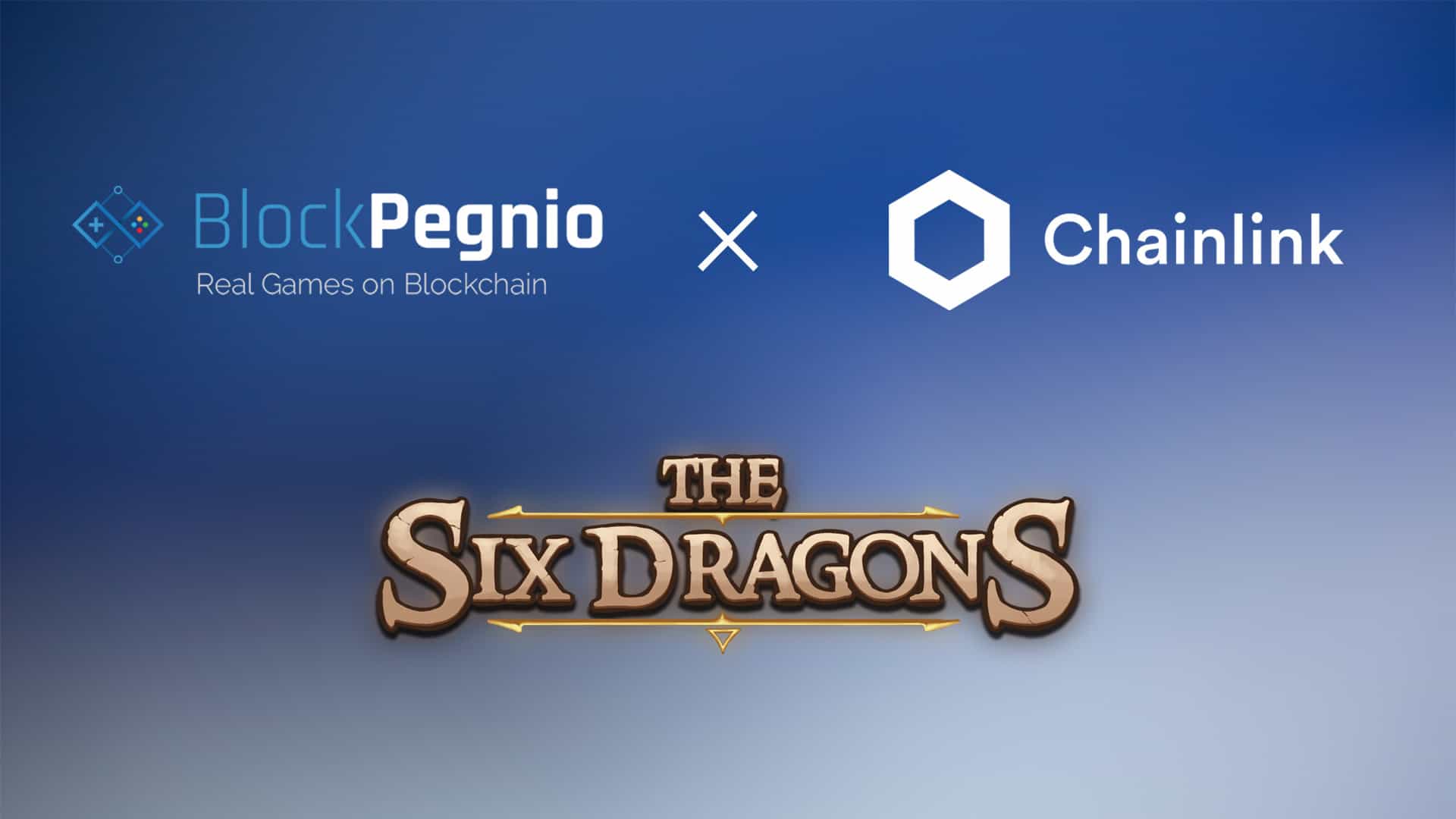 The Six Dragons is a popular RPG in the Gaming Multiverse as one of the most promising games. The early gameplay shows a polished and carefully developed gaming experience with an open world bigger than Skyrim. Today the development team of TSD, BlockPegnio, announced the implementation of Chainlik’s VRF technology that ensures fairness and randomness in crucial game elements, including enchanting and crafting.

Through this integration, TSD gets tamper-proof randomness, which ensures that the creation of NFTs will be random (stats) and that there is no way for someone to interfere in the process, including the developers.

The implementation of VRF is a massive benefit for TSD, and players will have the change to inspect the history of crafted and enchanted items on the blockchain along with the added values of strength and rarity.

The VRF is built specifically for blockchain games, and it works on-chain. It’s the first-of-its-kind randomness generation algorithm that creates an input seed whenever an item is minted (craft) or modified (enchant). It then publishes both the result of the calculation and a proof of the randomness generated with the supplied seed on-chain.

Without the VRF in place, developers could alter the stats of a specific item before it gets mint and players could potentially exploit the game, TSD is putting an end to this and continues to grow trust with the community.

The Six Dragons hosted one of the biggest presales in blockchain gaming by raising $168,000 through loot boxes. Over 156,000 ENJ tokens used to back the digital goods that exist on the Ethereum Platform as ERC-1155 Tokens.

The gameplay approach takes the classic RPG road with many additions and one billion random generated dungeons. Through the dungeons, players can win blockchain-based in-game items and keep them to play or sell them in the Marketplace. Many hidden treasures exist for the explorers of this vast open world, and the in-depth crafting system will satisfy every RPG player.

Choose between Wizard, Warrior, and Cleric, upgrade your skills, and discover every corner of the map.

TSD will release some multiplayer elements in the future that are expected to level up the gaming experience. Right now is in Beta, and only the presale supporters can play.

Wishlist The Six Dragons on Steam and visit the official website.

Chainlink uses a network of nodes to connect blockchains with real-world data in a secure, decentralized, and convenient way. This is achieved by using “Oracles,” which, in a nutshell, is data transmitted to and from blockchains.

The platform is in place to provide event results, price feeds, and multiple other data with ease, Chainlink also supports linking with existing payment systems that are not on the blockchain.

The long list of partners includes Google, SWIFT, and other multinational companies, all leading forces in their fields. Chainlink has a lot of use-cases, and it can be used across many industries. With the Verifiable Randomness Function (VRF), Chainlink now gets into the blockchain gaming sector. Another game that is using Chainlink’s technology is Blocklords.

CryptoKitties introduced NFTs on the Ethereum blockchain, and since then, it has experienced tremendous growth with passionate individuals, platforms, and game studios, developing not only games but the tools for a better gaming experience owned by the players. Smart gamers talk about Play to Earn, Ubisoft creates its own blockchain game, Atari launches its token, announces two remakes on the blockchain and creates a theme park on the virtual world The Sandbox.

The future is going to be exciting, for sure.